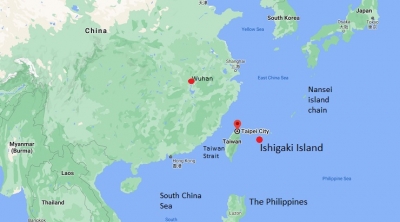 New Delhi– With deteriorating security conditions in the South China Sea and the Indo-Pacific region, the US has approved a US $750 million deal for self-propelled howitzers for Taiwan. The US has also given nod to weapons’ sales worth $134 million to Japan.

Separately, the US has also approved two missiles-related arms sales to Japan worth $195 million, according to the DSCA. A press release by the DSCA said: “The State Department has made a determination approving a possible Foreign Military Sale to the Government of Japan of AEGIS Class Destroyer Support and related equipment for an estimated cost of $134 million”.

Increasing global tensions
The arms procurements by both Taiwan and Japan are pointers to the mounting tensions in the region due to China’s overbearing behaviour. It has threatened Taiwan with a military invasion following its policy of considering the island a break-away part of its territory.

China has also hinted that it could take over the Japan-held Senkaku islands over which it has a running dispute with Japan. Tokyo has calculated that if Beijing attacks Taiwan, it is likely to mount an offensive on the Senkaku islands.

Relations between China and the US also are in free fall over numerous issues, notable ones being the origins of the coronavirus, trade disputes, aggressive moves against countries in the South China Sea and human rights violations in ethnically diverse provinces.

Welcoming the American decision to approve the sale of the weapons, the Taiwanese Ministry of Foreign Affairs said in a tweet: “We welcome @StateDept’s approval of a proposed USD 750M arms sale to Taiwan. The decision demonstrates the US government’s commitment to the #TaiwanRelationsAct & #SixAssurances. It also allows the country to maintain a rock-solid self-defense, & regional peace & stability”.

Japan has chosen the island of Ishigaki, just 300 kms north-east of Taiwan, to place the missiles as a deterrent to China. Along with the missiles, Tokyo will also put nearly 500-600 Japan Self-Defense Forces. One unit of soldiers will man the missiles while another will handle a military attack.

The deployment is slated for 2022. With this, Japan will have placed the missiles on four islands in the Nansei island chain that stretches from Japan to Taiwan and further till Borneo. The missiles have been placed to guard the Senkaku islands as much as to protect Taiwan.

Japan hopes to deter the Chinese military vessels which often violate the maritime borders of both Japan and Taiwan. China’s aircraft carrier, Liaoning too also has been patrolling the waters near the Japanese islands.

What is different about these sales
Though the US has been selling weapons to Taiwan–the island nation that lies just 180 kms off China’s eastern coast, this is the first arms’ sales to Taiwan under the Joe Biden administration. The US has also taken upon itself the task to provide security to Taiwan by undertaking freedom of navigation passage exercises through the Taiwan strait as well as in the vital South China Sea, angering the Chinese for conducting a task that China itself does very often.

Beijing has always been extra-critical of any move to accord Taiwan an independent status by any country. It has also frowned upon any American military, diplomatic or official effort to improve relations with Taiwan. In fact, Beijing has often warned Washington of retaliation if the latter tries to intervene militarily on Taiwan’s behalf when American officials visit the island nation.

Indo-Pacific becoming a high-intensity military zone
Not just Taiwan and Japan, even other countries in the region are feeling the Chinese heat. The Philippines, Australia, Vietnam are all honing their defences against Chinese aggression.

European countries including France and Germany have sent warships while the UK’s foremost piece of weaponry, aircraft carrier Queen Elizabeth is in the region to conduct exercises.

Other nations like Australia, New Zealand, Japan, Canada and the UK have been holding military exercises with American forces to thwart any possible attacks on islands in the region. (IANS)