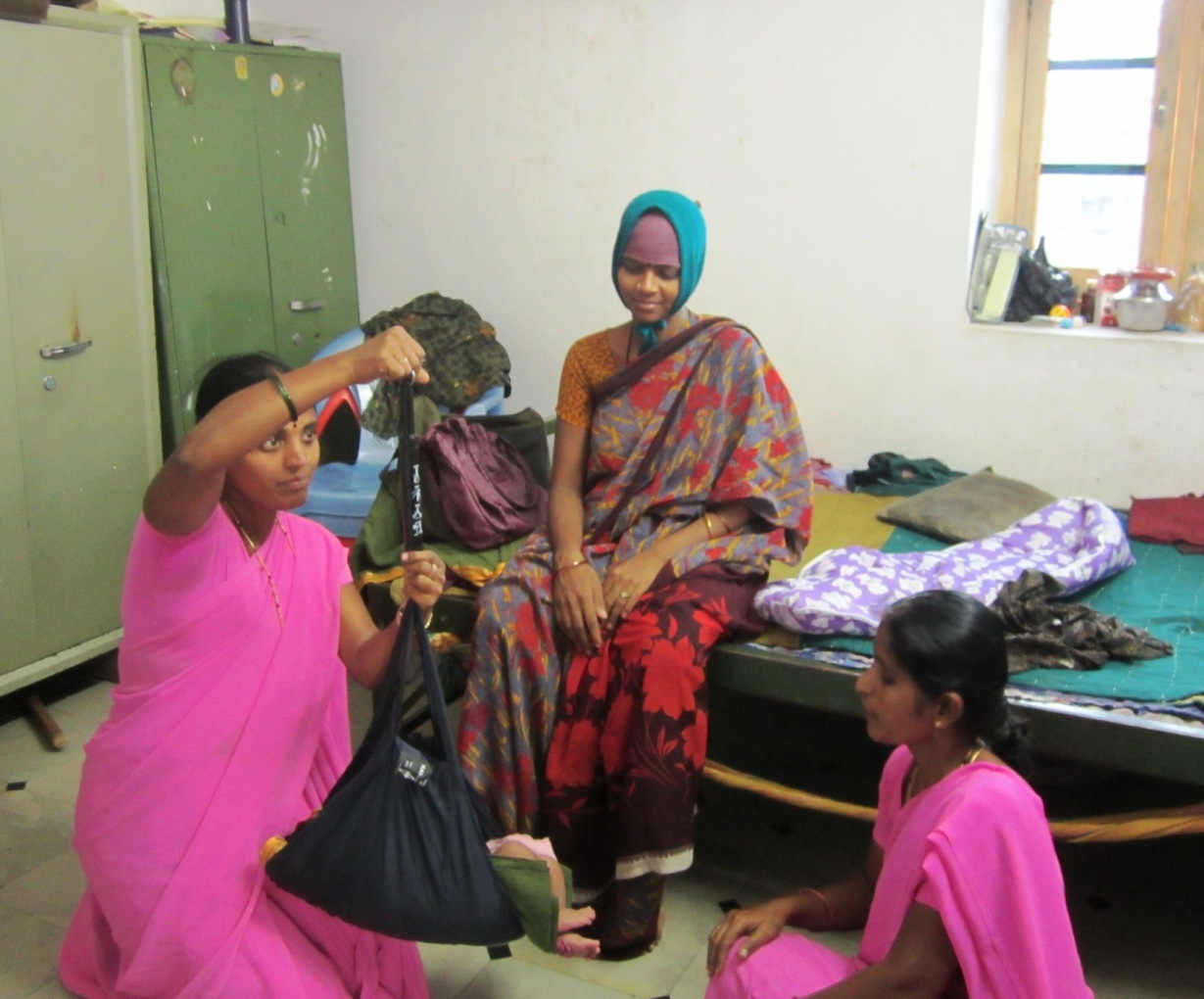 Bengaluru– In a country where quality healthcare remains a privilege of the rich and influential, a silent army of women, clad in pink sarees, work tirelessly and selflessly to make basic healthcare facilities accessible to those who live on the margins of the growing Indian economy, particularly in the country’s vast rural hinterland.

Barely getting time to sleep as calls for help keep coming round the clock, this pink army — as they are popularly known — is the backbone of the primary healthcare in India’s 600,000 villages, providing a connect between the community and the inadequate public health system. These are the trained female community health activists — called Accredited Social Health Activists (ASHA) — under the National Rural Health Mission (NRHM) of the Indian government.

Instrumental in bringing down the infant mortality rate from over 50 deaths per 1,000 live births in 2005 (when ASHA was launched) to 34 deaths in 2016, these women provide information to people in rural areas about health, sanitation and nutrition; conduct ante-natal and post-natal checkups; assist women during their deliveries, deliver polio vaccines and conduct health surveys.

With many of them mothers themselves, they often take along their children to the clinics at unearthly hours because they can’t leave them behind at home.

Clad in the trademark pink saree, her work uniform, state health worker Godavari Anil Rathore, 23, a resident of Kalaburgi, Karnataka, about 623 km north of state capital Bengaluru, is one of the youngest employed as an ASHA.

“When I was a kid, I remember how my aunt had a baby and lost it just within two months. The baby had contracted malaria after she was born, and my aunt couldn’t bear the pain,” Rathore told IANS.

“It’s an unimaginable pain not to be able to save your own baby, which is one of the reasons why I decided I should help women,” she said.

Rathore has helped over 100 women in her district in delivering healthy babies over the last three years that she has been working as an ASHA.

“It makes me extremely happy looking at women living in the remotest parts of the country with not much money to focus on their health giving birth to healthy children.

“Even though it means that we work an average of 12 hours each day, taking health surveys, carrying out polio drives, assisting pregnant women from the district I live in — right from medical checkups during pregnancy, to the delivery, then getting the baby all the vaccinations, and in the end receiving only about Rs 1,500 for a month.”

Rathore said that every woman she works with “becomes family to me, even if they need me at 3 a. m., I’m there.”

For many Indian villages where hospitals aren’t accessible easily, 860,000 ASHAs across the country (according to the Ministry of Health and Family Welfare, 2014) are the only ray of hope in providing medical assistance to thousands of people, and have been working extensively on eliminating polio and malnutrition among infants.

Making sacrifices every day to build a healthier society, these women find it hard to even make ends meet, earning a paltry sum for their services. Over 15,000 ASHAs from Karnataka staged a protest last month at Freedom Park in the heart of the city for a better remuneration from the state so that they could live with dignity.

Rathore, like many other ASHAs, barely sleeps, as calls for help keep coming in from pregnant women round the clock, after a long day of delivering polio vaccines or conducting health surveys. Many a time, she can’t leave her two-year-old girl, Lakshmi, behind at home and takes her along.

“Sometimes, I feel I’m raising my child within clinics with my husband not being at home all the time. But I am glad she’s growing up learning to be empathetic, knowing that as humans we must be able to help one another without any hesitation,” said Rathore with a smile.

ASHAs take pride that they’ve managed to get their communities talking about health and hygiene.

“We are overwhelmed to see people in villages pay attention to sanitation and building their toilets and purifying their water, which they earlier didn’t care much for. These are very important when we talk about health,” Rathore explained.

With every right to quit their difficult job, the women say they continue on because the power to be a part of the birth of a healthy life is unparalleled.

Geetha B, 31, from Ballari district, has been an ASHA for nine years now. A mother of two boys, she takes the responsibility of overseeing the health needs of over 1,500 people in Hariginadone village in Ballari district seriously.

“My vision is always towards making the village a better place. I would have assisted at least 300 women in these nine years in their pregnancies and now I see the kids going to school within the village, children I would have helped while growing up to be healthy. It fills me with happiness each time.”

“Pregnancy comes with a hope for every family. Our job satisfaction comes from seeing their dreams come true, in helping India’s next generation grow up healthy.”

A mother of five children, 35-year-old Nagomi K. from Raichur district, about 400 km to the north of Bengaluru, has seen ASHAs help in transforming the villages in the district over the past 12 years that they have been working.

“In many villages, the women are blamed if something happens to the baby. They have to live with guilt that it was their fault that the baby was born prematurely,” Nagomi told IANS.

With their constant visits to the villagers’ homes for checkups, men also tend to learn from them about their wives’ health, which doesn’t happen in healthcare centres, where the men are just asked to wait in the waiting rooms, she said.

“Even though many don’t recognise the work we do, we are trying to act as bridges involving both man and a woman when it comes to a pregnancy, and having villagers lead better lives in general with better health.”

“A lot of times I assist women who cannot even afford a strip of medicine. That’s when I give them whatever money I have so that the health of the community is never compromised,” Nagomi said.

As Karnataka State ASHA Workers’ Association Secretary D. Nagalakshmi puts it, “These women are the lifelines for our country in letting those who cannot access medical help get every kind of support. They must be credited with raising a majority of India’s next generation.”

Each of the 37,000 ASHAs in Karnataka are working despite severe hardships and have some moving stories to tell, but they don’t hesitate to make any sacrifice in building a healthier country, she said.

India ranks 131 among 188 countries on the Human Development Index (HDI) 2016 released by the United Nations Development Programme (UNDP). India was placed behind countries like Gabon (109), Egypt (111), Indonesia (113), South Africa (119) and Iraq (121) among others. The government is working towards improving this rating by creating competition between states to perform better on key social indicators like infant mortality rate, maternal mortality rate and life expectancy. (IANS)