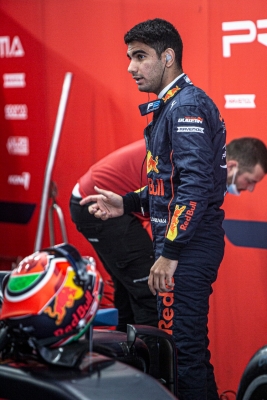 Imola (Italy) Mumbai– India’s Formula 2 racer Jehan Daruvala heads to the historic Imola racetrack this weekend eyeing his third podium finish from as many rounds at what will be a home event for his Italian team Prema.

The 4.9km-long Autodromo Enzo e Dino Ferrari, named after the Ferrari founder and his son, is among motorracing’s most iconic and challenging venues. It will feature on the Formula 2 calendar for the first time with the championship acting as a support series to this weekend’s Formula 1 race at the circuit.

“I’m really excited to race in Imola this weekend. The track oozes history and tradition and, at the same time, is a real drivers’ circuit that should be thrilling to race on. It’s a new track for us in Formula 2 and I have been hard at work on the simulator getting to grips with it. It would be amazing to carry the momentum from our podiums in Bahrain and Saudi Arabia into Imola, all the more so as it’s a home event for Prema. So, it’s going to be a full push this weekend,” said Jehan.

Jehan has prepared for the round with a three-day test session at Spain’s Circuit de Barcelona-Catalunya.

The Red Bull-backed racer, who has scored three wins and nine podiums in Formula 2, opened this season with a second-place finish in Bahrain. He followed that up with a tenacious drive from 14th to third a week later in Jeddah.

This weekend marks the start of the championship’s European season and Jehan will be hunting for another rostrum result straight up.

Track action for the Imola round will begin with practice and qualifying on Friday. The first race of the weekend, the Sprint race, will take place on Saturday, with the main Feature race set to be held ahead of the Formula One Grand Prix on Sunday.(IANS)