London– Indian Prime Minister Narendra Modi on Wednesday said that India’s foreign policy is done with level eyes and that New Delhi has emerged as the key voice for the Third World on the global platform.

“Neither do we look at countries with raised eyes nor with lowered eyes,” Modi said in response to a question at “Bharat Ki Baat, Sabke Saath”, an interaction with the Indian diaspora here organised by the Europe India Forum. 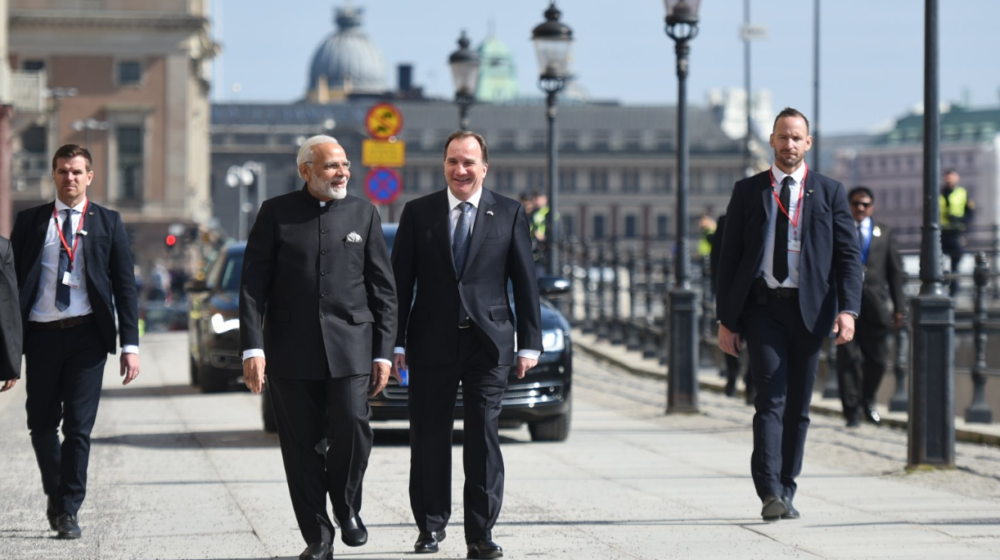 Around 2,000 people of Indian origin attended the event at the Central Hall Westminster where Prasoon Joshi, Indian lyricist, screenwriter, poet and marketer, acted as the moderator.

The visit came after Israeli Prime Minister Benjamin Netanyahu’s visit to India in January this year.

Modi visited Israel in July last year in what was the first ever prime ministerial visit from India to the West Asian nation.

“Why did not any Indian Prime Minister go to Israel in 70 years?” Modi asked as Israel marked its 70th Independence Day on Wednesday.

“I went to Saudi Arabia as also I went to Iran,” Modi said.

He visited oil-rich Saudi Arabia in April 2016 and then the Gulf kingdom’s rival Iran the very next month.

Modi also referred to comments he heard about how he, a former state Chief Minister, could not handle India’s foreign policy.

He referred to Operation Raahat in 2015 during which India rescued over 5,000 Indian nationals and citizens from 41 other countries from war-hit Yemen.

Closer home, the Indian Prime Minister spoke of how New Delhi has played its role in the Rohingya refugee crisis by sending aid to Bangladesh.

Hundreds of thousands of Rohingya fled from Myanmar’s Rakhine State in the wake of a security crackdown there in August last year.

“India is today the spokesperson for the third world countries,” Modi said. “For this, we are working with the G20 countries.”

Modi arrived here on Tuesday from Sweden on the second leg of his three-nation tour of Europe which will also see him going to Germany.

Modi will attend this year’s Commonwealth Heads of Government Meeting (CHOGM) here on April 19-20, becoming the first Indian Prime Minister since 2009 to attend the biannual event of the grouping of 53 former British colonies.

Earlier on Wednesday, Modi and British Prime Minister Theresa May held a bilateral meeting during which they discussed ways of reinvigorating the Commonwealth in an increasing multipolar world.

The Indian Prime Minister Minister, at the diaspora event, said that Britain’s Prince Charles came to India to personally invite him for this year’s CHOGM.

Queen Elizabeth also personally wrote a letter to him in this regard, Modi said. (IANS)