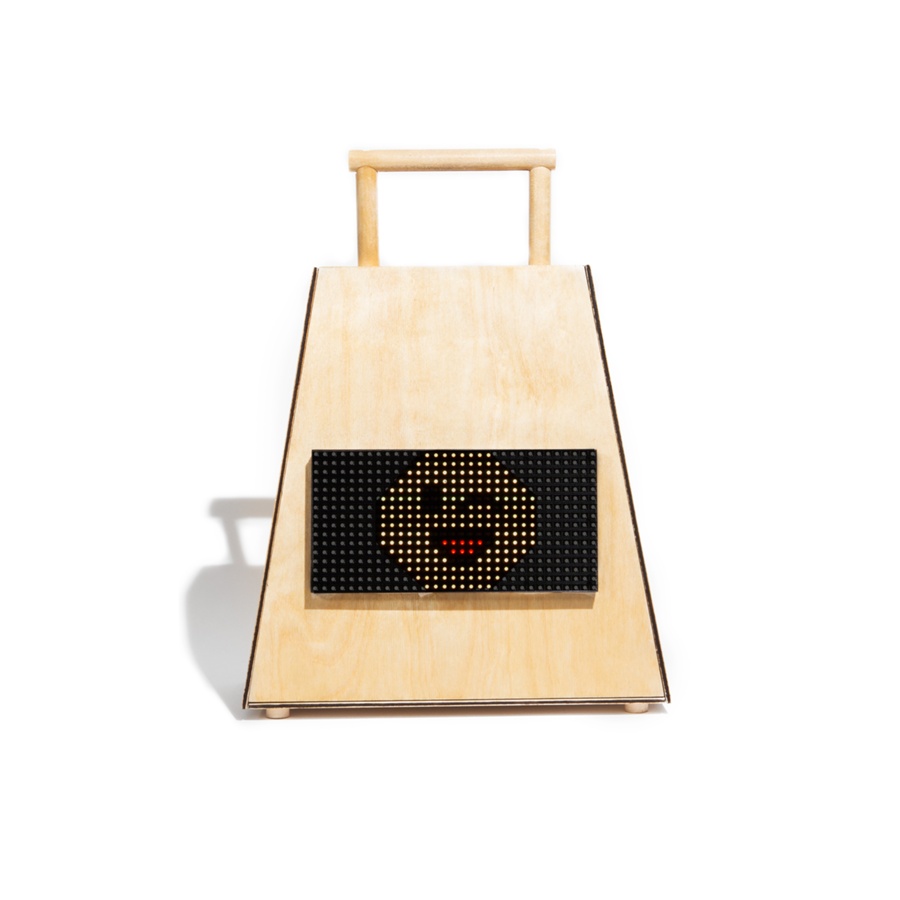 London– An Indian fashion design student of the Birmingham City University has created an LED emoji-inspired handbag which she hopes will get people talking.

Emoji are ideograms and smileys used in electronic messages and web pages.

Hailing from Nashik, Maharashtra, Madhura Kulkarni said she wanted to “create something original and unimagined”.

“The concept behind the bag is to initiate a verbal conversation between two people with the help of LED emojis that you can choose to display on the bag,” Kulkarni, who studies fashion design at the university’s School of Fashion and Textiles, said in a statement.

“For example, if two people are showing the same emoji on their bag, it might start a conversation between them”, she added.

“In the 21st century where people are extremely tech savvy, some people are so engrossed in social media that they rarely talk to others verbally. I feel that my concept could revolutionise the world,” Kulkarni said.

Her work forms part of Birmingham City University’s Inspired Festival, a two-week celebration of creative talent and graduating students about to launch their careers.

Kulkarni’s design has already caught international attention, as she was recently named as a finalist in the 2016 New York Independent Handbag Designer Awards. (IANS)