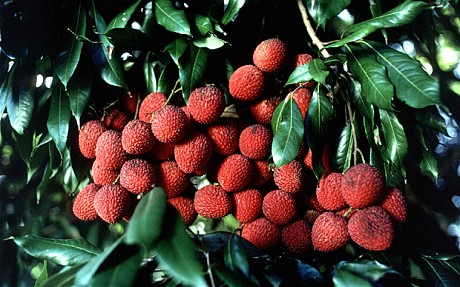 Patna– First, Indian scientists successfully introduced the delectably sweet and juicy litchi, till now a summer fruit, to south India, making it available in winter too. Now, another set of scientists have extended the shelf-life of the fruit from a few days to two months.

Thanks to a successful joint research effort by Mumbai-based Bhabha Atomic Research Centre (BARC) and Bihar-based National Research Centre for Litchi (NRCL), this will also help to increase exports of the litchi, which is in high demand in the US, Europe to Middle Eastern countries.

“We have come out with a new technique to improve the shelf-life of the litchi. Now, it will be available not only during the scorching heat of May but also in July, in the middle of the monsoon,” NRCL director Vishal Nath told IANS.

“We are happy that result is positive as the shelf-life of the litchi has increased upto 56 days,” he added.

To validate their findings, BARC and NRCL scientists had packed two quintals (200 kg)of litchis after special treatment on May 26. “After 56 days, when we have opened the container, the litchis were still fresh with their natural (moonstone) colour, aroma and taste,” Vishal Nath said.

Till now, litchis used to destroyed in four days after harvesting if they were not sold by then.

Nathm however, refused to reveal more about the new techinique and joint research by BARC and NRCL scientists. “It is not possible for now,” was all he would say.

The BARC website says a sequential surface chemical dip combination process has been developed for the prolonged storage of the fruit at a low four degrees Celsius temperature.

“The treatment helps in retaining major color pigments (anthocyanins) of litchi pericarp and inactivates the enzyme (polyphenol oxidase) responsible for its browning. The treatment also kills microbes (bacteria, yeast and mold) present on the fruit. All these changes result in quality maintenance of litchi during prolonged storage without adversely affecting its sensory and nutritional properties as the fruits are dip- treated with GRAS (Generally Recognized As Safe) chemicals,” the website says.

NRCL is located in Muzaffarpur district, also known as the ‘Land of Litchis’, which, along with its neighbouring districts, accounts for more than 62 per cent of the country’s litchi production, down from a high of 70 per cent.

NRCL scientists had initially introduced the litchi trees over 700 acres in Karnataka and Kerala and this has now been increased to 20,000 hectares to also cover Tamil Nadu.

Each acre contains some 40 trees and each tree yields 1.5 to two quintals of fruit. The fruit sells for some Rs 350 per kg.

The plants start flowering in September and fruit starts maturing in December and this continues till January.

The harvesting season in the northern states runs from April to July.

Litchis are also grown in Uttarakhand (24 per cent production), West Bengal (eight per cent) and Punjab (six per cent). (IANS)