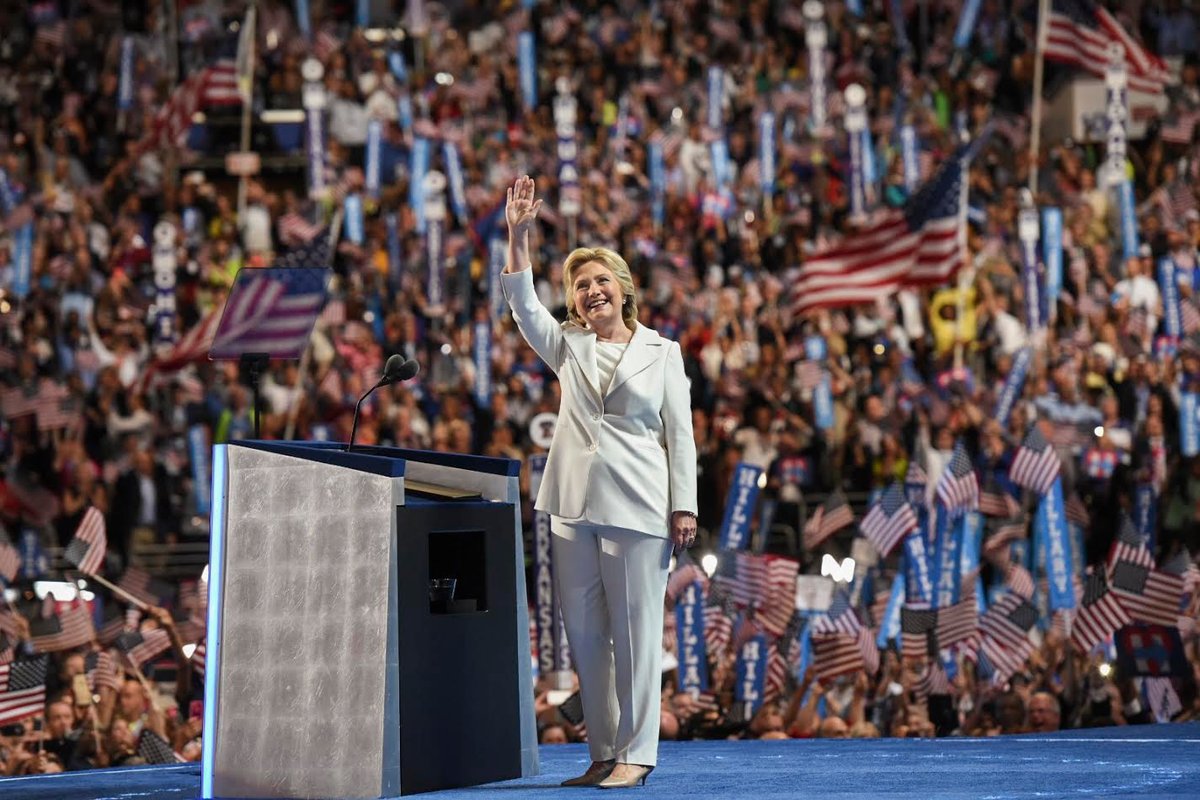 Philadelphia– “Made in India” versus “Make in America” has emerged an election issue in the US.

In her speech accepting the party nomination on Thursday night here, one of her many criticisms of Trump was that while he has said he would bring back jobs to the US through a policy of Make in America, his own products were made abroad.

One of the products she cited were Trump picture frames made in India.

Her campaign has identified them as the “Donald Trump Park Avenue Collection” – four inches by six inches (about 10 cm X 15 cm) picture frames. They are supplied by IMAX Corporation in Tulsa, Oklahoma state, which says on its website that it sources products from India and China.

Another South Asian element in her speech was a tribute to Army Captain Humayun Khan, a 27-year-old Pakistani-American army man killed in 2004 in Iraq trying to save his soldiers from a car bomb.

Clinton cited Khan to hit out against Trump’s threats to temporarily suspend Muslim immigration while determining how to vet them.

Earlier in the closing programme, Humayun Khan’s father, Khizr Khan, was one of the speakers.

“You are asking Americans to trust you with their future,” he challenged Trump. “Let me ask you, if you have read the US Constitution?”

He said that his son would never have been able to serve the US had Trump been the President. “We will become stronger when Clinton becomes President.”