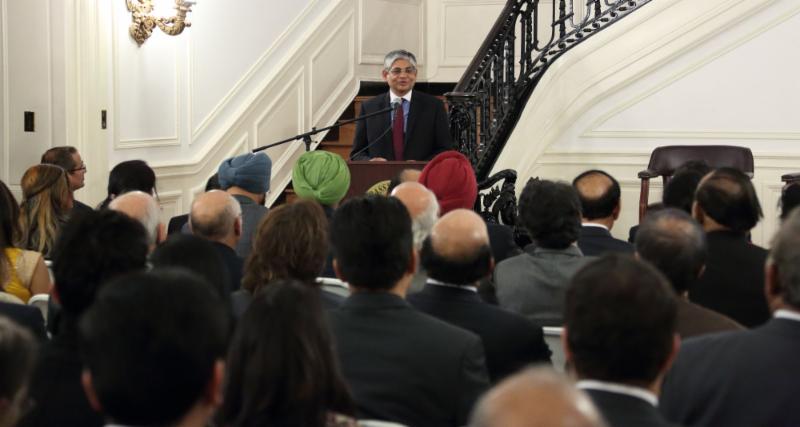 WASHINGTON–Pravasi Bharatiya Divas – 2016 was celebrated at the Embassy of India in Washington DC on Friday. The event was well attended with enthusiastic participation by the Indian-American community members representing various sectors including the government, business, professionals, artists, journalists and students, among others.

Opening the event with his special remarks, Ambassador Arun K. Singh highlighted the importance of Pravasi Bharatiya Divas. Ambassador underscored the transformational role played by the Indian American Community and its future potentials in the development of India-US Relations.

Padma Bhushan Swadesh Chatterjee from North Carolina gave a Talk on “Building Bridges: How Indian Americans Brought the US & India closer together”.

Chatterjee has recently published a book highlighting the contribution of Indian Americans in various fields including in the field of energy cooperation.

Chatterjee’s discourse was followed by a talk by Satyam Priyadarshy, President of The Indus Entrepreneurs (TiE), which has 61 chapters across 17 countries. Priyadarshy spoke on “India’s Flagship Projects and Indian Americans: Promising Possibilities”. In his talk he underscored the ways in which Indian American community can contribute to the flagship projects of the Government, including Smart City Mission, Skill India, Digital India, Make In India and Swatch Bharat. He also underscored how these projects are organically connected to each other.

The event concluded with an interactive session with audience through Q&A.