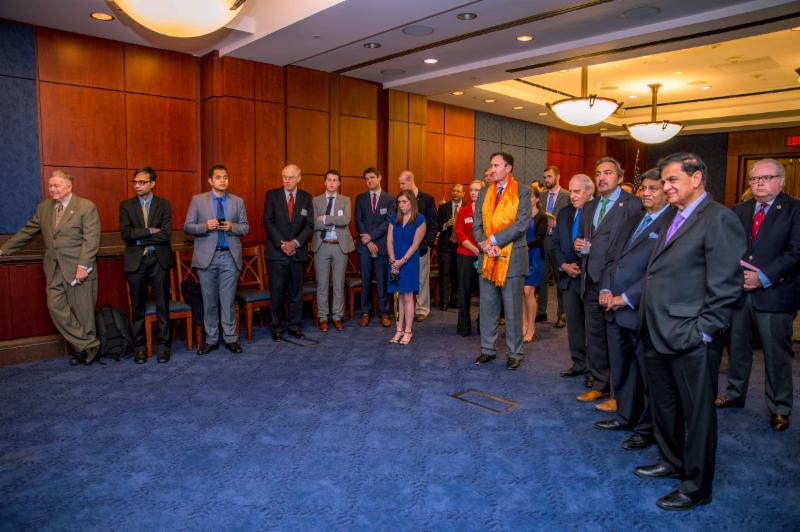 Washington, DC–Ambassador of India Navtej Sarna hosted a Congressional Reception at the Capitol “to celebrate India’s engagement with the 115th US Congress” on Tuesday.

Addressing an impressive gathering of members of Congress, prominent Indian-Americans, congressional staffers, business representatives and media, Ambassador described the upcoming visit of 27 distinguished members of Congress as a very important milestone and demonstrative of the high degree of interest in India, and the strong bipartisan support for the India-US relationship, based on shared democratic values and converging strategic interests. He looked forward to a more robust economic and commercial cooperation as India retains its spot as the fastest growing major economy. 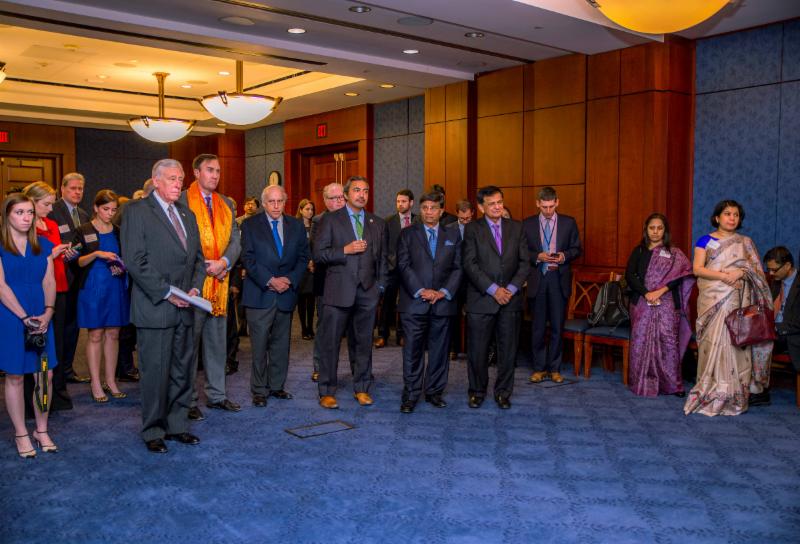 Congressman Steny Hoyer, House Democratic Whip echoed the bipartisan support for the India relationship and emphasized cooperation on security issues between the two largest democracies. Congressman Pete Olson spoke glowingly of the positive contributions of the Indian-American community in the way of life of Texans. He emphasized the significance of the port of Houston for energy exports.

Congressman Dana Rohrabacher, Chairman of House Foreign Affairs Sub-committee on Europe, Eurasia and Emerging Threats emphasized the importance of US-India cooperation in addressing the threat arising from extremist radical terrorism. He also spoke of the potential of US companies contributing in the economic transformation of India.

Congressman Ami Bera, Democratic Chair of the House India Caucus said that the increase in number of elected Indian-Americans currently in Congress is a testimony to the remarkable strides that the Indian-American community has made and the growing closeness between the two countries that is based on shared values. He noted that the India Caucus is the largest one on the Hill and his firm belief that the US-India relationship will be a defining one for the 21st century. 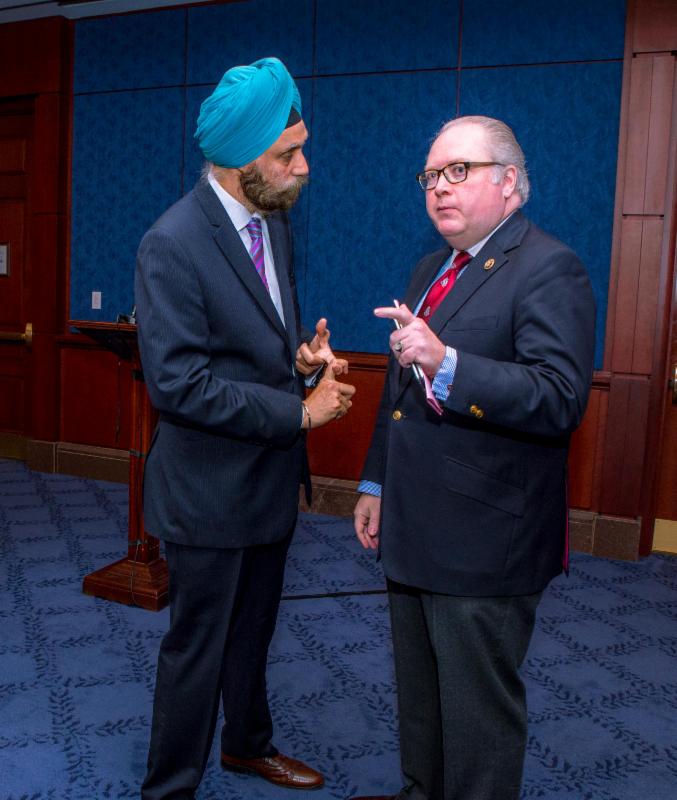 Congressman George Holding, Republican Chair of House India Caucus spoke of the importance of building the economic cooperation alongside the political relationship and looked forward to his upcoming visit to India.

Congressman Hank Johnson noted India’s millennial old history and reputation for peacefulness and the link between the non-violent movement for civil rights led by Dr. Martin Luther King and the teachings of Mahatma Gandhi and looked forward to his forthcoming visit to India.

Two distinguished Congressional delegations shall be visiting India in the week of 19th February. One delegation traveling under the auspices of the Aspen Institute and comprising 19 senior Congressmen shall be visiting Delhi, Hyderabad and the other led by Chairman of the House Judiciary Committee, Chairman Bob Goodlatte, and comprising 8 distinguished Congressmen has Delhi and Bangalore on its itinerary. They would have the opportunity to engage with Indian Ministers, decision makers, thinkers, business representatives and partake of the rich Indian cultural palette.