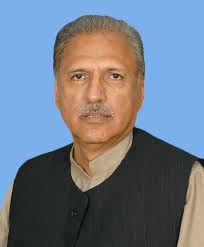 Addressing an international conference here on “Global Non-Proliferation Regime: Challenges and Response”, Alvi said: “Strategic stability in South Asia is being threatened by the offensive posture and induction of lethal weapons by India.

“Our postures for peace have been reciprocated with belligerence,” Radio Pakistan quoted him as saying.

“Discriminatory exemptions by certain countries for the supply of nuclear technology and supply of advanced military hardware to India has further complicated the regional security and undermined the credibility of the non-proliferation regime,” he said.

The President, however, hoped that Pakistan and India would agree on a framework for strategic stability.

“We hope that good sense will prevail. Pakistan is committed to maintain strategic stability in the region and will continue to demonstrate restraint and responsibility.

“Nobody should doubt Pakistan’s capability to defend its territorial integrity and sovereignty,” Alvi said, urging the international community to take notice of the talk of surgical strikes and limited war.

“Such a posture only tends to up the ante and proponents of such fantasies will bear the responsibility of any consequences.”

Alvi said that Islamabad “has not given up the pursuit of meaningful engagement with India for confidence building measures, avoidance of arms race and risk reduction.

“Both the countries need to save on arms and spend on the welfare of poor people.” (IANS)