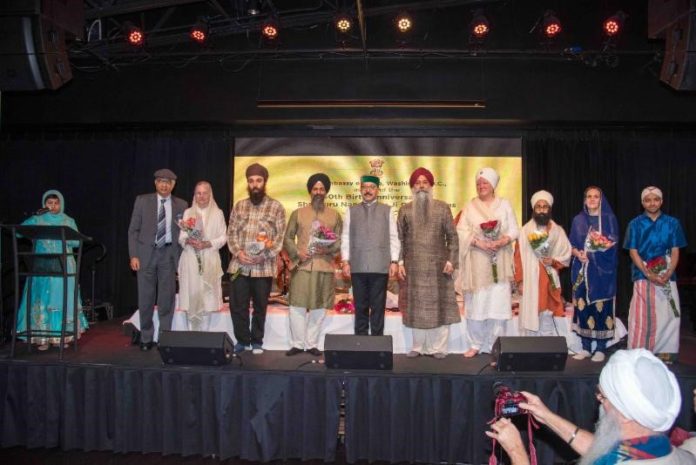 The program marks the first in a series of events planned to commemorate the 550th Birth Anniversary of Guru Nanak. The ceremony was attended by over 200 members of the Indian community, media, think tanks and local government officials.

Addressing the gathering on the occasion, Ambassador of India to the United States Harsh Vardhan Shringla highlighted several key decisions taken by the Government of India to honor Guruji’s 550th Birth Anniversary, such as, development of Kartarpur in Gurdaspur District of Punjab, development of Sultanpuri Lodhi as a Heritage town, establishment of a centre for interfaith studies at Guru Nanak Dev University, among others. 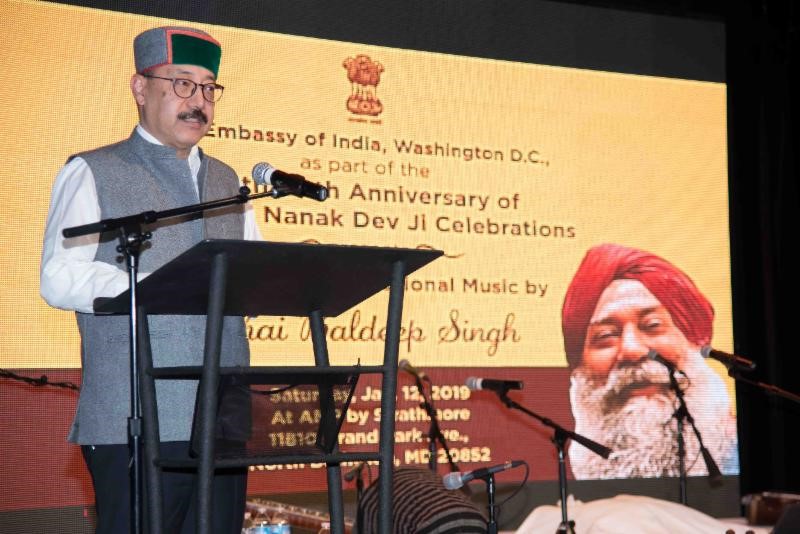 Ambassador pointed out that Guru Nanak travelled far and wide to spread the message of God and founded an egalitarian faith that emphasizes ethos with honesty and compassion as intrinsic tenets.

Highlighting the role of 5-lakh strong influential Sikh community in the United States, Ambassador Shringla stated that Embassy and its Consulates in the U.S. have chalked out a calendar of activities including musical concerts, seminars, and Interfaith events through the year.

Throughout the programme Bhai Baldeep Singh, along with an ensemble of talented accompanying musicians, held the audience captive with his masterly presentation of mystical hymns of Guru Nanak.