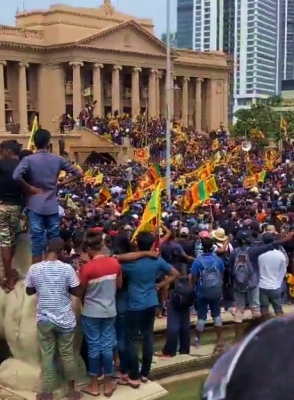 Colombo– India has categorically denied reports about it sending troops to Sri Lanka.

Earlier, senior BJP leader Subramanian Swamy said in a tweet that India should send the military to Sri Lanka if Lankan President Gotabaya Rajapaksa requests any such assistance.

Indian High Commission in Colombo, clarifying the country stand over the issue, said that India stands with the people of Sri Lanka.

“The High Commission would like to categorically deny speculative reports in sections of media and social media about India sending her troops to Sri Lanka. These reports and such views are also not in keeping with the position of the Government of India” it tweeted.

“The spokesperson of Ministry of External Affairs of India clearly stated today that India stands with the people of Sri Lanka as they seek to realise their aspirations for prosperity and progress through democratic means and values, established institutions and constitutional framework,” the High Commission added.

Swamy, in his tweet, has said, “Both Gotabaya and Mahinda Rajapaksa were elected in a free election with thumping majority. How can India allow a mob to overturn such a legitimate election? Then no democratic country in our neighbourhood will be safe. If Rajapaksa wants India’s military help we must give.” (IANS)