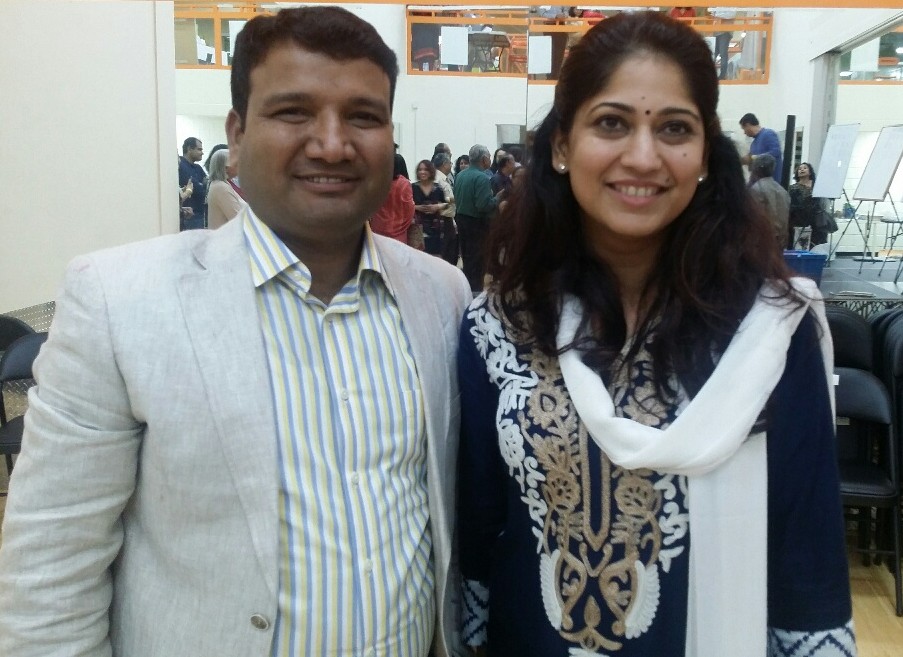 BURLINGTON, MA—Voters of the India Association of Greater Boston, a 55-year-old community organization, made a break from the past and elected Aditi Taylor as its new president and Sanjay Gowda as vice president for a two-year term. The organization, known as IAGB, also elected a new board of directors, many of whom belong to a new generation of Indian-Americans.

Kaplesh Kumar, Chairman of the three-member Nominating Committee that included Shiva Sheel and Rajnikanth Malipatlola, said that a total of 129 votes were cast in Sunday’s elections and two of them were disqualified. Taylor received 70 votes as compared with 57 votes for Syed Ali Rizvi. Gowda received 73 votes against 54 votes for Venu Rao for the post of vice president.

Avinash Patil will continue as secretary of the organization for the next two years. There was no candidate for the post of treasurer. The new committee will have to appoint one.

What are the first two things Taylor will do?

“Review the by-laws with the new EC (executive committee) and get them ready for approval by the general body,” Taylor told INDIA New England News soon after her election. “There was a lot of confusion this time and hope we can make them clearer and less ambiguous going forward. Secondly, organize the team into work-streams so we can quickly turn the ‘change’ platform into action.”

Taylor said that new EC has a great mix of experienced members of the community and new blood with new ideas.

“This is a signal that we will have the right firepower and knowledge to propel IAGB forward and achieve the change we all look forward to,” Taylor said.

Kumar of the IAGB Nominating Committee said the election, on balance, went off quite well.

“We, the NC conducted the election in a fair and transparent manner,” Kumar said, adding that the voter count was more modest than he was expecting, possibly the result of it being Karwa Chauth and other events.

He said change is always positive.

“And no matter which candidate had won this time, the generational shift would have happened, at least at the President level,” Kumar said. “Aditi Taylor is bright and articulate, and I am hoping that wise counsel will prevail and she would want to leverage the link with the immediate past president and other well-wishers as well as integrate Ali Rizvi and those who supported him into the IAGB leadership/supporter fold thereby ensuring that IAGB operates as a single team instead of as disparate groups which is always counterproductive.”

The following were elected to the board of directors of the IAGB: