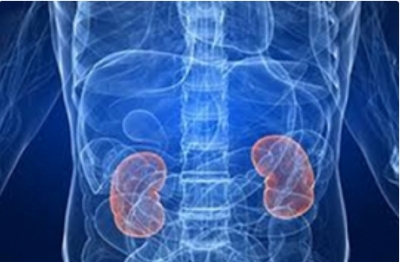 New York– The SARS-CoV-2 virus can directly infect a specialised type of kidney cell, explaining why acute kidney injury is one of the main complications observed in patients with severe Covid-19, finds a study.

Primarily known to infect cells in the respiratory tract, physicians were surprised to see that many patients, especially those with severe Covid, were also developing injuries to their kidneys.

“It was shocking to hear doctors describe how patients who were healthy suddenly developed kidney injury and needed to go on dialysis after contracting SARS-CoV-2,” said Samira Musah, assistant professor of biomedical engineering and medicine at Duke University.

“It was clear that the virus was doing something to the kidneys, but it was so early in the pandemic that nobody was sure what was going on,” she added.

For the new study, described in the journal Frontiers in Cell and Developmental Biology, the team worked worked with a pseudovirus version of SARS-CoV-2 on a previously developed model of podocyte cell, a specific type of kidney cell that helps control the removal of toxins and waste from the blood.

When the pseudovirus was introduced to the podocyte cell model, the team discovered that the spike protein of the virus could directly bind to numerous receptors on the surface of podocytes.

“We found that the virus was especially adept at binding to two key receptors on the surface of the podocytes, and these receptors are abundant in these kidney cells,” explained Titilola Kalejaiye, a postdoctoral fellow at Duke.

“There was a strong uptake of the virus initially, and we also found that when you increased the dose of the virus, the uptake would increase even further. The virus seemed to have a strong affinity for these kidney cells.”

Further, the team tested their podocyte model with the real SARS-CoV-2 virus.

Just like with the pseudovirus, the team observed that the live version of the virus had a strong affinity for podocytes.

Once the virus infected the cells, it damaged the podocytes, causing their long, finger-like structures, which help filter blood, to retract and shrivel. If the injuries to the cells were too severe, the podocytes would die.

“Beyond the structural damage, we saw that the virus could hijack the machinery of the podocytes to produce additional viral particles that could spread to infect additional cells,” said Maria Blasi, Assistant Professor of medicine at Duke.

Now the team hopes to expand their work to study how the different variants of SARS-CoV-2 behave in kidney cells. (IANS)