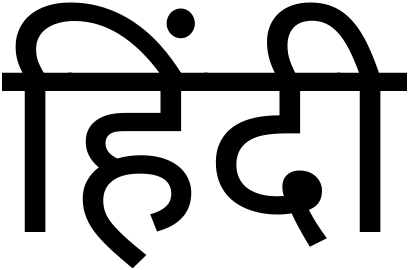 New Delhi–Hindi is set to topple English as the most popular language on social media in India in 2017 but this comes with a negative, a study on the occasion of International Mother Tongue Day has revealed.

The negative: The trend also suggests that critical issues are overshadowed by nationalistic themes in highly-shared Hindi stories on social media.

Hindi news stories received higher shares in social media compared to English news in the last six months, according to a study conducted by Storynomicx on the “Most Shared 5000 News Stories in India in 2016”.

However, the Most Shared 5000 News Stories identified by the study attracted a significantly higher average share of 71,494 per story with an aggregate of 357 million shares. Facebook accounted for more than 98% shares across languages.

“We tracked the social trajectory of the most shared 5000 news stories to understand what drives engagement for different audiences. Though English retained its leadership in 2016, Hindi may topple it in 2017 due to the increased penetration of the internet and a strong resurgence in nationalis”,” Ajay Sharma, Founder and CEO of Storynomicx informed IANS.

“Readers in Indian languages are starved for content on the web. With the explosion in smartphone usage and mobile internet, news is virtually the only avenue for content for them. Hence, a study of the growing popularity of news stories in Hindi and other Indian languages is an important barometer to gauge the changing complexion of the Internet user b”se”, Sharma added.

The study observed”a “distinct divide in news preferen”es” of Hindi and English readers. Hindi readers, according to the study, prefer to sha”e “stories on nationalistic, religious and political the”es” whi”e “stories on entertainment, human interest and consumer-focu”ed” dominate sharing amongst English readers.

The study has further observed that nationalistic topics that witnessed high social sharing in 2016, include news-based stories on the Indian Flag, National Anthem, Saare Jahaan Se Accha, surgical strike by Indian Army, terrorist attack in Uri, boycott of Chinese products and ban on Pak artists, among others.

These topics, the study says, even trumped over news on critical issues like GST bill, unrest in Kashmir, drought, economic issues and even demonetisation.

Of the most shared 5000 stories, there were only 32 stories on significant issues and 372 stories on Demonetization while there were as many as 693 stories on Nationalistic themes.

Notwithstanding the long queues at ATMs and other challenges faced by citizens, social media preferred to share stories on the likely positive impact of demonetisation on terrorism, counterfeit currency and black money.

Of the total of 372 stories on Demonetisation that were shared in large numbers, only 71 stories were on challenges faced by people or political opposition to demonetisation.