BOSTON–Hindi Manch, a Boston-based non-profit organization that promotes Hindi language through various activities and events, earlier this month presented a unique event called “Ek Nagar – Ek Singer” that featured 10 amazing singers from 10 different US cities through a live virtual event. The event reached out to 28,000 people with Facebook live.
Here are all the participants who performed with great enthusiasm and a brief overview of their musical journey:
Dhruvit Shah (West Warwick, RI) – Medley of Aaj Jaane ki Zid Na Karo and Abhi Mujh Mein.
Dhruvit is a professional (classically trained) music composer and a producer.
He is currently working on his debut Bollywood movie “Keera” to be released soon. He has worked with singers like Jawed Ali and Shaan.
Jatinder Sharma (Las Vegas, NV) – Tumko Dekha To Yeh Khayaal Aayaa
Jatinder has been doing ‘Tribute to Jagjit Singh’ solo concerts since 2016 as a ghazal artist. He has released his solo debut Ghazal Album ‘NAZRANA’ with 7 brand new ghazals and 1 Nazm composed by one of the finest ghazal singer and disciple of Jagjit Singh ji, Mr. Tauseef Akhtar.
Shubha Chaki (San Jose, CA) – Chunar on karaoke
Shubha was initiated into Hindustani Classical music at the age of 4 by her aunt in Kolkata, India. Shubha is a recipient of junior and senior National Talent Search (NTS) Scholarship awarded by the Govt. of India for Hindustani Classical vocal and was a regular artist at All India Radio, Pune. She is recipient of numerous state level and national level awards in classical and semi-classical music in India.
Amit Deahpande (Troy, MI) – Aur Is Dil Mein
Amit has been undergoing Hindustani classical training for over 13 years. Amit has won several singing talent contests in the US and now judges them.
Swati Kanitkar (Ashburn, VA) – Suno Sajna Papihe Ne
Music is in Swati’s genes; her father, the late Mr. Subhash Patwardhan, was a student of the famous classical singer Pandit Bhimsen Joshi. In 2008 she was one of 16 finalist that were chosen for auditioning from all over the U.S. and Canada for ‘Slumdog Millionaire’ fame music director A.R.Rahman.
Akshay Anaokar ( Secaucus , NJ) – Mere Naina Sawan Bhadon
Akshay , also a Tabla player, learnt hindustani classical Music and is the winner at Spandana Super Singer competition held in San Fransisco in year 2010. He performed with Sonu Nigam, Shri.Suresh Wadkar, Dr. Saleel Kulkarni and Shri.Shridhar
Asmita Chavan ( Portland, OR) – Tujhse Naraaz Nahin Zindagi
Asmita, blessed with an Operatic voice has performed alongside Shankar Mahadevan with his SEL band US tour 2013 and again in 2017. She was one of the early participants in Indian Idol Season 2!
Nipa Shah ( Chicago , IL) – Aapkee Nazron Ne Samjha
Nipa has been performing across USA with her group and has performed for over 200 shows in last 5 years under NipaShahLive.com. Besides Bollywood, she performs Garba-Dandiya, Ghazal, Sufi and Bhajans. .
Malika Ghei (Houston, TX) – Jiya Re
Malika is a talented singer who was given the opportunity to open for Neha Kakkar and Atif Aslam. She also worked as a Radio Jockey for several South Asian Radio Stations in Houston and has been entertaining audiences for over a decade.
Vibhuti Kavishwar ( Seattle, WA) – Mere Dholna Karaoke
Vibhuti started learning music from early age of 5 from her father shri L.D Chausalkar. She is a winner of BMM Saregama North America in the year 2015 and also a winner of “iamnextsuperstar” judged by Sonu Nigamji and Suresh wadkarji on Starplus channel in the year 2011.
Later in the event several music enthusiasts sang and the performers sang unplugged versions. The event was also attended by Mr. Sandeep Chakravorty, Consulate General of India in New York.
In addition to providing a unique platform for various arts like music, drama and poetry, Hindi Manch has also become a place of human emotional exchange , love and communal cohesiveness. This aspect has become so vital in current times. Human beings are intrinsically social and Hindi Manch has nourished all of us with togetherness.
The program was orchestrated under the leadership of Hindi Manch President Preetesh Shrivastava and executed by the dedicated team members.
Sangeet committee included the following:
Steering Committee consisted of the following members:
This is what some of the Hindi Manch team members leading this effort said: 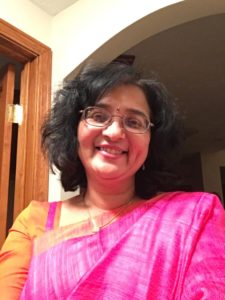 “Hindi Manch’s Ek Nagar Ek Singer was an evening filled with extremely accomplished and mellifluous singers from every corner of the USA proficient in various genres of music. These performers invited by the Hindi Manch team regaled listeners in the New England area, the US and beyond not only with their musical talents but also gave the audience a jhalak into their own personal musical journeys and accomplishments. It was most
definitely a landmark event that lifted our spirits ! “ 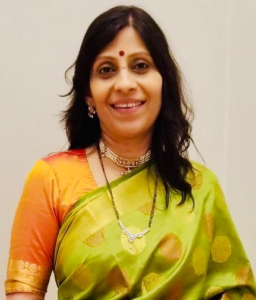 ” They say it takes a village to raise a child, similarly its the support of a stellar team and army of volunteers who work tirelessly to make a vision come to fruition.” 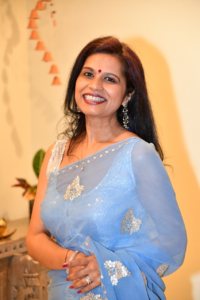 “Ek nagar, ek singer was truly a visionary idea that brought together people from across the country in such dark and uncertain times. It has yet again proven that music not only connects hearts, but even repairs broken parts…people gathered virtually to enjoy an evening of uplifting and melodious music, basking in a renewed sense of hope and positivity through community engagement. Anish Khanzode, Jharna Madan, Gaurav Jetly ,Rohit Soni, Monisha Prakash and Ajay Jaisingh played a vital role in ensuring a smooth flow from a process and technical stand point specially given the outstanding attendance! “
The virtual audience has greatly appreciated the events organized by Hindi Manch during the last five weekends. This virtual exchange has rendered a much needed break for everyone who joined from across 7 countries. So far these events have touched 52,000 people.
On public demand, Hindi Manch continues to organize more such events while including our youth and children as well.
Advertisement