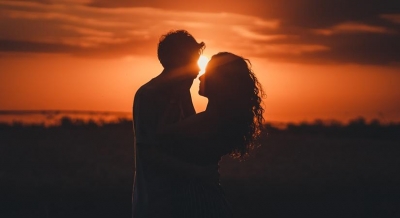 New Delhi– The dating scene in smaller cities is tough. Apprehension in guys and girls living in smaller cities and towns is stopping them from meeting in person. But today, with the help of dating apps, one can talk to someone online and build a relationship.

Dating app QuackQuack, recently surveyed 50,000 men on its app and a stupendous 84 percent of guys from smaller towns and cities said they feel much more confident talking to a girl after matching online.

What ushers in this confidence?

Mutual Feelings: The survey further revealed that 68 percent of guys feel that matching online on a dating app means the feelings are mutual between you and your match. This gives you the much-needed confidence boost as the fear of rejection is less.

Easier Communication: 71 per cent of men in the age group 21 to 30 feel it is easier to communicate their feelings on dating apps than in person. Detaching yourself from the physical aspects of being uncomfortable in an awkward situation allows people to be more honest in the digital world.

Safe Space: For 56 per cent of men surveyed said the most important thing that boosted their confidence is the fact that they could control how much they wanted to reveal about themselves on dating apps in terms of information, pictures, etc. This saves them from judgemental thinking of friends, family, and society while building a safe space to meet and interact with their ideal match.

Time to think: 47 per cent of men from age 21 to 30 said that with dating apps, they get the advantage of time as they don’t have to sound smart and quirky on their toes, as against an in-person interaction. When you get time to think and reflect before you initiate a new topic or reply to a question, you put yourself in a position of confidence.

Expressing his views on this perceived boost in confidence Ravi Mittal, Founder & CEO of QuackQuack, said, “We have seen a huge increase in the number of men downloading QuackQuack to connect with their match, with men from smaller cities and towns embracing the culture of dating apps and online matching. The booming interest from the smaller towns is one the prime reasons behind us becoming the 2nd dating app to cross 10 Million downloads on Google Play Store”.

“Having an app facilitates new matches, new conversations, new dating opportunities, has really empowered men, making them come out of the societal cocoon of self-doubt and hesitation,” he further adds. (IANS)