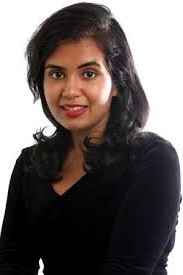 BOSTON—Harvard Business School has announced the 2016 recipients of its Horace W. Goldsmith Fellowships, and one of the recipients is Rashmita Redkar, who previously worked for Dasra, Mumbai’s leading strategic philanthropy foundation.

Established in 1998 by the Horace W. Goldsmith Foundation and Richard L. Menschel, a director of the Foundation and a limited partner at Goldman Sachs, to encourage students from the nonprofit sector to attend HBS, these fellowships enable the School to award approximately $10,000 each to as many as ten incoming MBA students, HBS said in a statement.

According to the selection criteria, recipients have previously served in full-time leadership roles in the nonprofit sector and must demonstrate a strong commitment to a career in this area. Recipients are invited to participate in events with current and former award recipients, as well as local nonprofit leaders, in an effort to create a network of individuals committed to working in social enterprises.

The 2016 Goldsmith Fellows are:

KRISTEN GENDRON, who was most recently an associate director of business development and strategic advisor at Farmerline, a Ghanaian social enterprise building technologies to connect rural farmers to information, financing, and supply chains. She holds a bachelor’s degree from Johns Hopkins University.

PETER HILL, who spent the last four years as a project manager in the New York City Economic Development Corporation, where he oversaw consulting projects as part of a ten-person strategy team. He is an alumnus of Wesleyan University.

EVAN KORNBLUH, who previously held several positions with Teach for China, where he co-developed a fundraising strategy, designed and managed a stewardship program, and organized volunteering visits for major donors. He holds an AB from Harvard College.

ADORA MORA, who previously worked as a project manager at Harlem Children’s Zone, where she managed the development of program support strategies aimed at strengthening the college and career readiness work across all high school and college programs, a program that served over 3,000 children. She graduated from Harvard College.

JOSE MORENO, who was a director of research and strategy for Teach for America, where he designed and validated a performance management tool that addressed skills and proficiency gaps for students. He had previously been a teacher with Teach for America in Houston.. He holds a bachelor’s degree from Texas A&M University.

RASHMITA REDKAR, who previously worked for Dasra, Mumbai’s leading strategic philanthropy foundation, where she advised philanthropists, foundations, and corporations on investing in the maternal, newborn, and child health sectors in India as part of a USAID partnership. She is an alumna of the University of Virginia.

MICHAEL WILLIAMS, who spent the last several years working for the office of the Mayor of New York City, where he served as a senior analyst and project manager, providing operational and strategic support for the implementation of OneNYC, a comprehensive, multibillion dollar plan funding 200 initiatives. He is a graduate of the University of Michigan.