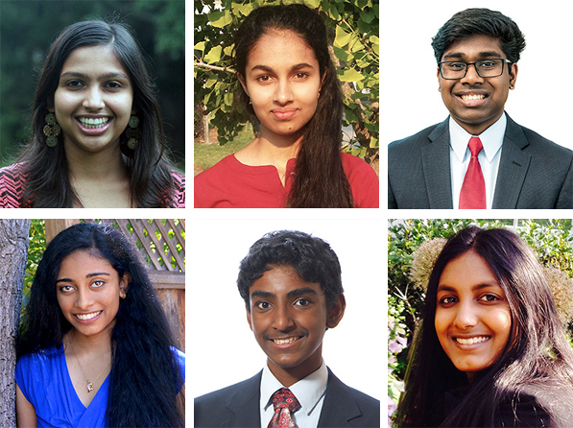 Reno, Nev. – The Davidson Institute of Talent Development has announced the 2016 Davidson Fellows. Among the honorees are about half dozen Indian-American students this year.

“We are thrilled to recognize the 2016 Davidson Fellows not only for their incredible projects, but also for the journey they forged to reach this point,” said Bob Davidson, founder of the Davidson Institute. “Every year I am amazed by the depth of the Fellows’ accomplishments. Through encouragement and recognition, the Davidson Institute for Talent Development anticipates that gifted students like these will be among the pioneers who will solve the world’s most vexing problems.”

The 2016 Davidson Fellows will be honored at a reception in Washington, D.C., on September 21.

The Davidson Fellows Scholarship program offers $50,000, $25,000 and $10,000 college scholarships to students 18 or younger, who have completed significant projects that have the potential to benefit society in the fields of science, technology, engineering, mathematics, literature and music.

The Davidson Fellows Scholarship has provided more than $6.7 million in scholarship funds to 286 students since

its inception in 2001, and has been named one of the most prestigious undergraduate scholarships by U.S. News & World Report. It is a program of the Davidson Institute for Talent Development, a national nonprofit organization headquartered in Reno, Nev. that supports profoundly gifted youth.