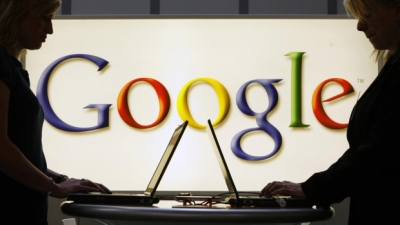 New Delhi– As Google announced to start a pilot to allow fantasy sports and rummy apps on Play Store in India, industry experts said on Thursday that the tech giant’s approach is “clearly discriminatory” and it should have an inclusive approach of adding other games of skill under the umbrella of its pilot for local developers.

Roland Landers, CEO of All India Gaming Federation (AIGF), said that it is a progressive step which needs to be inclusive.

Starting September 28, Play Store will begin a limited-time pilot allowing for the distribution of daily fantasy sports (DFS) and Rummy apps to users in India by developers incorporated in India.

“Games of skill is a broad category and fantasy gaming and rummy are just two game formats considered in this pilot programme by Google. Poker too is considered a game of skill by several High courts in India. Likewise, there are numerous developers who offer classic as well as innovative games of skill,” Landers said in a statement.

He said that Google Play Store has almost 95 per cent market share of app distribution platforms in India.

“This approach by Google will especially be challenging for MSMEs and new developers/platforms who will not be able to compete with established companies as their varied skill game offerings will be kept out of the Play Store ecosystem,” the AIGF CEO said.

India has seen a spurt in e-sports, where players like Dream11 and Mobile Premier League (MPL) are now ruling the turf.

“A lot more clarity is needed on the payment gateways that the apps listed on Playstore can use, the criteria for listing and whether other skill-based gaming apps will also be allowed. We will have to wait and watch to see how the situation unfolds in the near future,” Chokhani said in a statement.

According to Abhishek Malhotra, Managing Partner, TMT Law Practice, the selective exclusion of all ‘Real Money Games’ (RMG) except Rummy and Fantasy is clearly discriminatory.

“There needs to be a rethink on this decision failing which Google may invite litigation. This certainly creates an unnecessary distinction between the different kinds of games offers under the RMG category in the fast-emerging gaming industry,” said Malhotra.

A Google spokesperson said in a statement that they are constantly exploring ways for local developers to build successful businesses and offer delightful experiences on Google Play.

“Through this pilot programme, we are taking a measured approach that will help us collate learnings and retain an enjoyable and safe experience for our users,” the spokesperson added. (IANS)