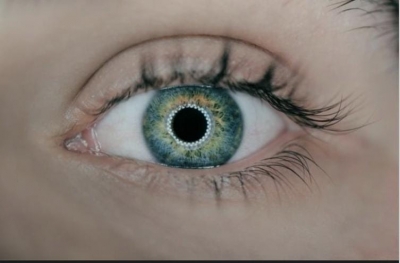 New Delhi– Have you ever faced eye redness? Or have witnessed blurry or foggy vision? Or experiencing halos around lights? Or nausea and vomiting are very common for you. You may well be suffering from Glaucoma which needs immediate attention.

Glaucoma is the second most common causes of blindness worldwide, according to a report by World Health Organisation (WHO). Typically, it occurs in people with over the age of 60 however it can occur at any age. It is also estimated that globally 79.6 million people are affected with glaucoma, half of them being Asian population. While in India, around 11.9 million people suffer vision impairment and out of which 1.2 million cases are due to Glaucoma. It is a growing concern for the population in India. Even after these high numbers, the enormous majority remains undiagnosed, and untreated. More than 90 percent of cases of Glaucoma remain undiagnosed.

Glaucoma is a condition that damages the nerve of the eye. The increased pressure in the eye, which is known as intraocular pressure, can damage the optic nerve which is responsible for sending images to the brain. If the damage worsens, glaucoma can cause permanent vision loss or even total blindness within a few years. According to WHO, there are different kinds of glaucoma, though, the two most common are, primary open-angle glaucoma (POAG), having a slow and slow and asymptomatic onset, and angle-closure glaucoma (ACG), which is less common, yet more acute. Hence, it is important for everybody over the age of 40 years to have a regular eye check-up.

The eye disorder may be treated with the help of eye drops prescribed by Ophthalmologist. There are various options available to lower intraocular pressure to the desired level. Depending upon the need of the patient, doctor may recommend combinations of eye drops, but it is of utmost importance to use the drops on a regular basis. However, consulting a specialist should be the first priority if diagnosed with glaucoma, but most of the population will first opt for home remedies then will consult chemists’ shops for medicines and if the issue is still not resolved then will they think of a specialist. There is a need to modify the mindset of the people and when it comes to sensory organs zero negligence rule should be followed.

Awareness is the key to managing Glaucoma better. The need of the hour is to include eye care as part of the health check-up. Timely detection of Glaucoma will lead to proper medication and diagnosis by an Ophthalmologist.

Talking about prevention, early detection will help in managing glaucoma before significant damage occurs. Glaucoma can be because of genetics as well hence knowing the family’s eye history is important. Regular and moderate exercise may help prevent glaucoma by reducing eye pressure also eye drops can significantly reduce the risk that high pressure will progress to glaucoma.

Also, there are few home remedies that anyone can follow to avoid glaucoma. Consuming healthy food, using eyewear, avoiding head-down position, keeping oral hygienic, and protecting eyes from sunlight are a few of such remedies. One should be mindful of the fact that Glaucoma is irreversible blindness and awareness can help us in fighting it. Depending on the condition an Ophthalmologist may prescribe an oral medication or may suggest therapies. In severe conditions, doctors can also recommend surgeries like Laser therapy, Filtering surgery, Drainage tubes, minimally invasive glaucoma surgery (MIGS). (IANS)