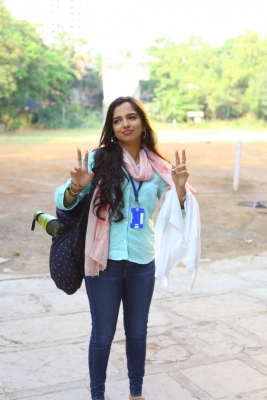 TVF’s revisit of Girls Hostel makes for easy binge-watching. The show mostly works for its right balance of humour and drama, and it puts across a few pertinent points about hostel life of girls with all its warts, and without getting too heavy about it. With a five-episode runtime, this is the sort of show which doesn’t outlast your interest span. You can wrap it up in one go.

Girls Hostel 2.0 rides the advantage of the ready fan base season one had built. Essentially, TVF and director Chaitanya Kumbhakonam don’t try changing the narrative tone that clicked the first time around. The mood is still very much irreverent, the spirit all about celebrating life without probing deep.

The season is set against the backdrop of college elections. As the first episode takes off, campus bully Ramya Mantri (Shreya Mehta) is bribing Dean Sarla Desai (Jayati Bhatia) with an expensive watch, so the idea of polls is scrapped and she be allowed to carry on uncontested.

Of course, that is not to be. Zahira Ali (Parul Gulati) wants a bit of election action too, though she doesn’t seem too sure about how to go about it. Plus, there are too many problems with her. She gives the perception of being a self-obsessed snob. Not many in the hostel fancy her as their leader, least of all the upright yet cynical Jo (Srishti Shrivastava).

2.0 brings back the players of the first season in familiar roles. Richa (Ahsaas Channa), the new girl of season one, is now more assertive and trying to help Zahira in her fight to rid the campus of Ramya’s dominance. Richa also gets the only romantic track in the story, with the affable Aarav (Gagan Arora). Boorish romeos who wait outside hostel gates try making a video of Mili (Simran Natekar), only to face the fury of Jo and her hockeystick. The story also touches upon how college authorities try to influence elections in the campus.

Writer Shreyasi Sharma and her co-writers (Anant Singh, Prashant Kumar and Swasti Jain) have done adequately to create at least one highlight point of drama for each of the primary characters. Most of them have noticeably evolved since the first season.

Yet, as individual stories of the girls bring to fore everything from campus bonding to catfights, you do sense an element of the predictable. It is almost as if director Chaitanya Kumbhakonam and his team were aware it isn’t possible to capture the essence of campus life within five episodes. Most issues brought to fore get cursory treatment (including a micro-sermon by Jo on preferring a bucket of water over the shower while bathing to save water on the planet).

Season 2.0 fails to take the concept to its next level. But what works for the show is a cast in sprightly form plus taut storytelling. If you were returning to the new season hoping for a slice of all that you relished in Girls Hostel season one, you won’t be disappointed. (IANS)