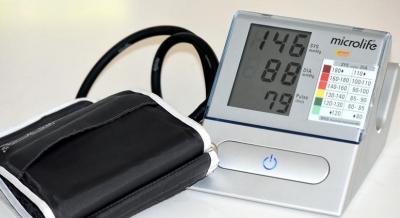 New York– Gender-affirming hormone therapy (GAHT) was associated with blood pressure changes in both transgender men and women, according to new research.

Although doctors have prescribed gender-affirming hormone therapy to transgender men and women for more than 25 years, researchers and health care professionals know little about rates of hypertension and how the effects on blood pressure change over time.A

“There are many important gaps in our knowledge about the effects of hormone therapy for transgender people. This study examined the time course and magnitude of the effects of gender-affirming hormones on blood pressure,” said Michael S Irwig, an associate professor of medicine at Harvard University’s Medical School in the US.A

The study found that within two to four months of beginning hormone therapy, transgender women had an average decrease of 4.0 mm Hg in their systolic blood pressure, but transgender men saw an average increase of 2.6 mm Hg.

The prevalence of stage-II hypertension (at least 140/90 mm Hg) dropped from 19 per cent to 10 per cent in the transfeminine group within two to four months of beginning hormone therapy.

The use of testosterone in transgender men was found to lead to an increased risk for heart attack or stroke if they also have untreated high blood pressure.

For the study, published in the journal Hypertension, the researchers followed 470 patients who began GAHT at a medical centre in the Washington, DC area from 2007 to 2015. Participants were all at least 17 years old and non-cisgender. Of the 470 patients, 247 were transfeminine and 223 were transmasculine.AA (IANS)