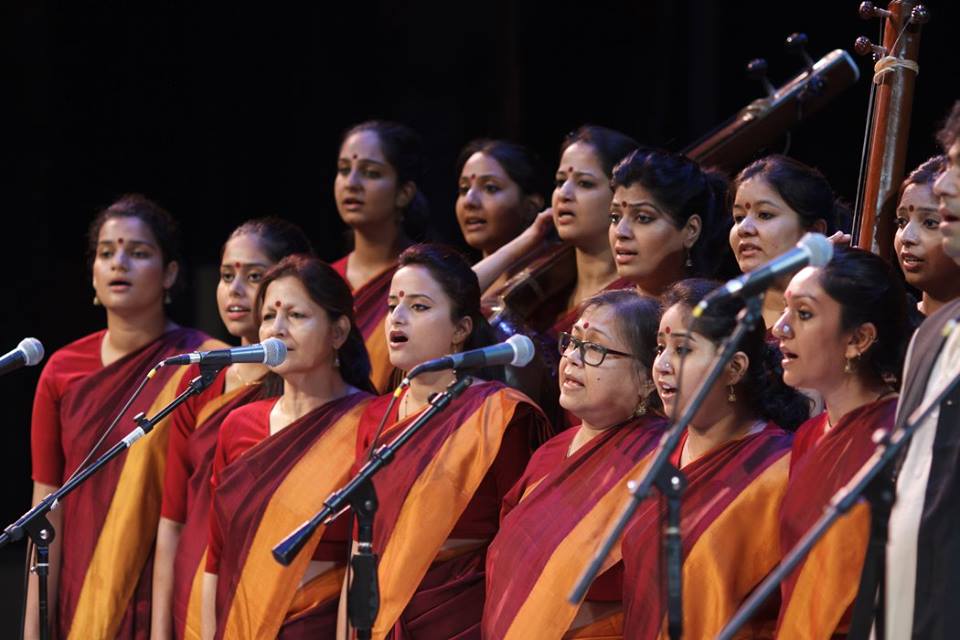 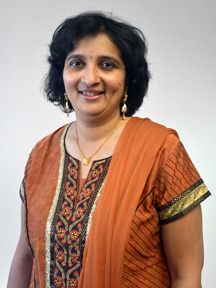 WESTON, MA—The performance of the 32-member Gandharva Choir in Boston last weekend was transcendent, and a real treat for New England’s classical and folk music lovers and even for those who are intrigued or intimidated by ragas and intricacies of Indian classical music.

Most people have generally been exposed to Indian classical music through duet or solo singers, but last weekend’s performance was probably the first time for many to listen to classical music from a group of 32 singers in a formal setting.

“The immense coordination of the various singers with harmonic and rhythmic transitions while maintaining unison of tone and fidelity of sur demonstrated the extensive training by Pt. Madhup Mudgalji and the intensive practice these artistes have put in,” said Meena Sundaram, a cardiac specialist and a singer of Bollywood songs herself. “Truly [it was] a performance of the highest caliber and a treat for the music-lovers of New England.”

The Gandharva Choir was conducted by Pandit Madhup Mudgal, Principal of the Gandharva Mahavidyalaya in New Delhi.  Mudgal has received many awards and recognition for his work, including the Padmashri (one of the highest civilian awards in India) in 2006.  He has performed all over the world as a solo vocalist and with the Gandharva Choir.

Gandharva Choir is the premiere music choir of India. It was founded over 50 years ago, under the leadership of Pt. Vinaya Chandra Maudgalya, the founder and principal of Gandharva Mahavidyalaya. The Gandharva Choir has performed classical, folk and experimental styles of music extensively all over the world. The choir has performed around the globe including at Lincoln Center in New York and at Kennedy Center in DC.

“They were not known to the Boston audiences, and then comes this overwhelming response of the music aficionados to the stellar Gandharva Choir,” Shastri told INDIA New England News. “They kept asking for more from the singers, which means that the choir will have to come back to regale a larger informed audience.”

Pradeep Shukla, President of LearnQuest Academy of Music and a music teacher and singer himself, said the Gandharva Choir enchanted the Boston audience with a wide array of Indian classical music based genres in the choir form – from Dhrupad to Khayal to Carnatic Kriti to Qawwali to folk songs from various parts of India.

“Though there have been attempts at raga-based choir songs in the Boston area by groups consisting of more than 20 music enthusiasts and students, who presented these songs as invocations at the IAGB Independence Day event, local temples and LearnQuest Music Conference, this was perhaps the first time we witnessed a professional choir consisting of well-trained singers and accompanists, and conducted by a renowned classical musician and composer Pt. Madhup Mudgal,” Shukla told INDIA New England News. “It was not surprising that their superb performance, rich in melodic and aesthetic beauty, left the audience asking for more. It was indeed an inspiring and elevating experience.”

The program began with Svasti Vaachan, a hymn from the ancient Rigveda, to open the channel for a cosmic dialogue, and was followed by the following items:

This additional item was performed on popular demand: