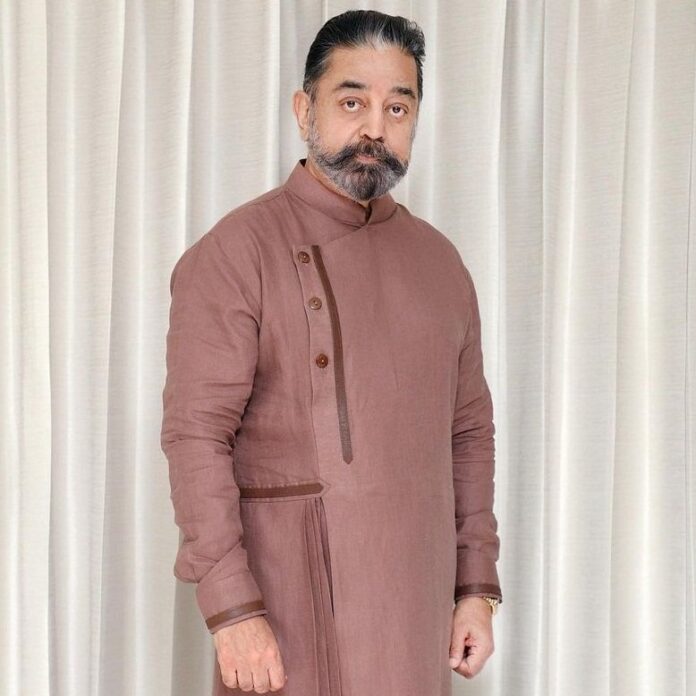 Chennai– Actor and politician Kamal Haasan, who is known to be a big admirer of the Father of the Nation Mahatma Gandhi, on Sunday said that following the great leader’s footsteps is what can be described as courage.

Taking to Twitter to pen his thoughts on the subject on the occasion of Gandhi Jayanthi, Kamal Haasan wrote in Tamil: “The very next minute that you decide to effect a change and enter the arena, you turn a warrior.”

“Gandhi, who said, ‘If you wish for change, begin by changing yourself,’ is a warrior. Gandhi’s life gives the message that everybody possesses the power to change the world.”

“Praying to him is easy but walking in the same path that he tread is what is courage.”

It may be recalled that earlier this year, the actor had, on the occasion of Gandhi’s 74th death anniversary, urged people to stop searching for Gandhi in others and suggested that they must change themselves into Gandhi.

“World over, Gandhis are getting formed. They are fighting for freedom, justice, equality and nature. Let us also not search for Gandhi in others but change ourselves into Gandhi,” he had written in Tamil then. (IANS)