Dr. Gawande has written four New York Times best sellers: Complications, Better, The Checklist Manifesto and Being Mortal: Medicine and What Matters in the End. Comedian and actor Omi Vaidya will serve as the event’s Master of Ceremonies. 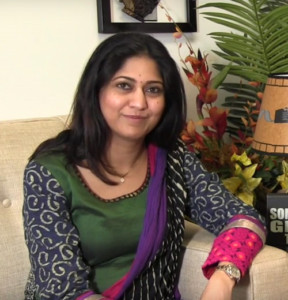 WESTON, MA—India Association of Greater Boston, a non-profit community organization known as IAGB, is hosting a Hindi play: “Sach…Aur Sach Ke Siwa” on Saturday at Regis College in Weston, MA. The play is based on Agatha Christie’s famous novel Witness for Prosecution, and is written, directed and produced by Avinash Padhye.

This will be the first time in its 50-plus-years of history, IAGB is hosting a play. Funds raised from the play will be used for charitable causes, especially to fight hunger.  Padhye translated the original play into Hindi. The play was first staged last year by Leherein group. The key performers in the play include Padhye, Aditi Taylor, Abhi Kanade, Ashish Panke, Suhas Marathe, Santosh Late, Hirkani Padhye, Anagha Singh and Deven Atnoor.

BOSTON–Organization of Pakistani Entrepreneurs of North America, known as OPEN, is hosting a day-long conference on “Cross Pollination of Ideas and Opportunities in the BioTech Space” on Saturday, April 30, in Boston.

OPEN has put together several panels for the conference, whose goal is to project possible scenarios out into the future in the BioTech Space. The conference will be held at Metcalf Trustees Center, 1 Silber Way, 9th Floor, Boston University in Boston.

The mission of OPEN is to enhance business opportunities for entrepreneurs and professionals of Pakistani heritage living in North America and involved in technology, biotech, healthcare, finance and educational enterprises.