The film, “The Man Who Knew Infinity”, based on Robert Kanigel’s book of the same name, is an inspiring biographical drama. It pays tribute to the genius mathematician Srinivasa Ramanujan from Madras who made extraordinary contributions to the mathematical universe. It is a grim story of the great soul. 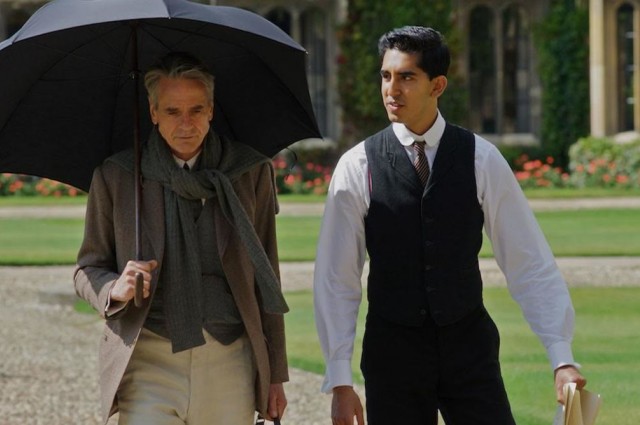 The film covers a span of six years of Ramanujan’s life, from 1914 when he worked as an accountant in Madras till his death in 1920.

Narrated from his mentor G.H. Hardy’s point of view, in a non-linear fashion, the film, encapsulates Ramanujan’s struggle from his modest upbringing in India, all the way up to Trinity College at Cambridge, where Hardy arranges for Ramanujan to work with him at Trinity, unaware that he is leaving behind his wife Janaki and an overbearing mother.

Writer-director Matthew Brown’s script is fraught with numbers and miracles. Formulaic in nature, the plot, characterisation and emotional manipulation is the highlight of the film. But ultimately it is about the prodigy’s love for mathematics and his two relationships, with his wife and his association with his mentor that forms the crux of the tale.

The narrative gets impulsive, with a mumbo-jumbo of numerical analyses which are unabashedly brought to the fore. When Hardy insists on having proofs of the theories, and is unwilling to publish Ramanujan’s findings which were derived purely by intuition, you feel that he is trying to tame the genius and subjugate him.

When Hardy, an atheist, asks where Ramanujan gets his formulae, particularly since he is unable to show the process, the prodigy replies, that his God informs him while he is sleeping or praying. And his insistence only infuriates the genius.

The film belongs to Dev Patel. He steals the show as S. Ramanujan. He convincingly makes us believe that he really is the mathematician by being engrossed and immersing himself in numbers. He emotes effortlessly, especially when he pines for his wife, faces racial discrimination or is furious with his mentor when he is forced to present proofs for his theories.

Devika Bhise is a pleasant surprise. She complements Dev as his wife Janaki. She delivers an equally robust performance, especially expressing how she pines for him during their long separation. Though this is not a love-story, their onscreen chemistry is palpable. You feel sorry for both of them.

Jeremy Irons in a straight laced role as G.H. Hardy is effective. To his credit, he brings energy and nuance to a character only thinly sketched in. He strains himself trying to overcome skeptics while helping Ramanujan reach his full potential while he is in Britain.

The same goes for Toby Jones as Littlewood and Jeremy Northam as Bertrand Russell, trying to be subtle in a sensitive but fairly predictable performance that’s probably because of the stereotyped nature of the characters they portray.

Visually, the film is simple and realistic. The costumes by Ann Maskrey complement production designer Luciana Arrighi’s sets, where they manage to create the era to perfection.

Cinematographer Larry Smith’s frames are atmospheric, but nothing exceptional. He captures the locales in India and Cambridge with equal fervour.

The background score by Coby Brown has a faint blend of Indian and Western music. The visuals are brought to life by J.C. Bond’s fine edits.

The film is sensitively and skilfully handled and is definitely worth a watch.