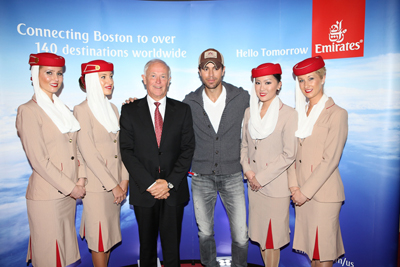 He made the remarks at a media briefing of the ongoing, four-day tourism fair Arabian Travel Market (ATM) on Tuesday, Xinhua news agency reported.

“We are still growing and we expect a 10 percent passenger increase year-on-year in 2016 which translates into over 55 million passengers,” he said, adding that he is confident that the airlines will reach a seat load factor of over 80 percent in 2016, considered high in civil aviation.

Unlike Qatar Airways CEO, Akbar Albaker, who said on Monday at the tourism fair that there was “definitely a negative impact on business travel due to declining oil prices,” Sheikh Ahmed said Emirates Airlines will continue to grow as it constantly increases its destinations worldwide and offers a “unique service” inflight.

Air India to induct wide-body aircraft into its fleet