LEXINGTON, MA—Massachusetts General Hospital is ranked Number 1 hospital in the United States by U.S. News & World Report; and at the Mass General, there is the Dr. Dinesh Patel Arthroscopy Learning Laboratory, known as DPLL. Yes, it is named after Lexington, MA-resident Dr. Patel, one of the pioneers of arthroscopic surgery in the world. DPLL is a state-of-the-art learning lab with multiple arthroscopy learning stations.

On Oct. 28, Dr. Patel will be honored with the Leadership in Health Care Award at New England Choice Awards gala at Westin Hotel in Waltham, MA. 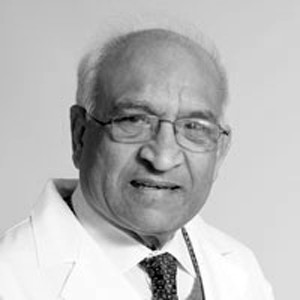 What is the future of health care in the near future?

“You need to marry health care with technology,” says Dr. Patel, who has worked for many years to develop the realistic joint models used in the DPLL and served as Chief of Arthroscopic Surgery at Mass General. “Medicine is going to be based on available technology.”

He said not only robotic and remote surgery will dominate the healthcare in the future, but there will also be tremendous growth in drug discovery.

He said health care has to be integrated medicine that includes yoga, Ayurveda and Ayush in order to provide a complete care.

Dr. Patel, who has played a key role in showing that arthroscopic technology can reduce healthcare costs by improving safety and quality and decreasing a patient’s post-operative recovery time, Dr. Patel said that it is important to provide mass training to health care providers in developing countries such as India.

“India has brilliant doctors but there is a lcak of passion. They don’t have understanding to implement or marry technology and health care for the common good,” said Dr. Patel. “Public, private, academic and multinational partnership is needed for the common good.”

What has Dr. Patel learned during his long medical career?

“You really have to be part of the society,” said Dr. Patel , Associate Clinical Professor of Orthopedic Surgery at Harvard Medical School. “You have to feel the pain of the patient.”

Dr. Patel is a founding member of the Arthroscopy Association of North America and the International Association of Arthroscopy. He has received many awards internationally for his pioneering work in Arthroscopic surgery. In 2001, Dr. Patel established Asia’s first Arthroscopic Psychomotor Skills Lab at BJMC /Paraplegia center in Ahmadabad. He has been in U.S. News and World reports as one of the best doctors in Orthopedic surgery.

In 2002, Boston Magazine voted him by his peers as one of the top doctors in the field of Orthopedics. He has served as Chairman of the Board of Registration in Medicine in Massachusetts as well as a board member of the Board of Directors and Executive Committees of the Federation of State Medical Boards (FSMB). In April 2003, the FSMB honored Dr. Patel with the John H. Clark, MD Leadership Award—the first from the state of Massachusetts. He was one of the founders and second president of Indian Medical Association of New England.

(To watch a video interview with Dr. Patel, please click here. It was taped and released last year.)