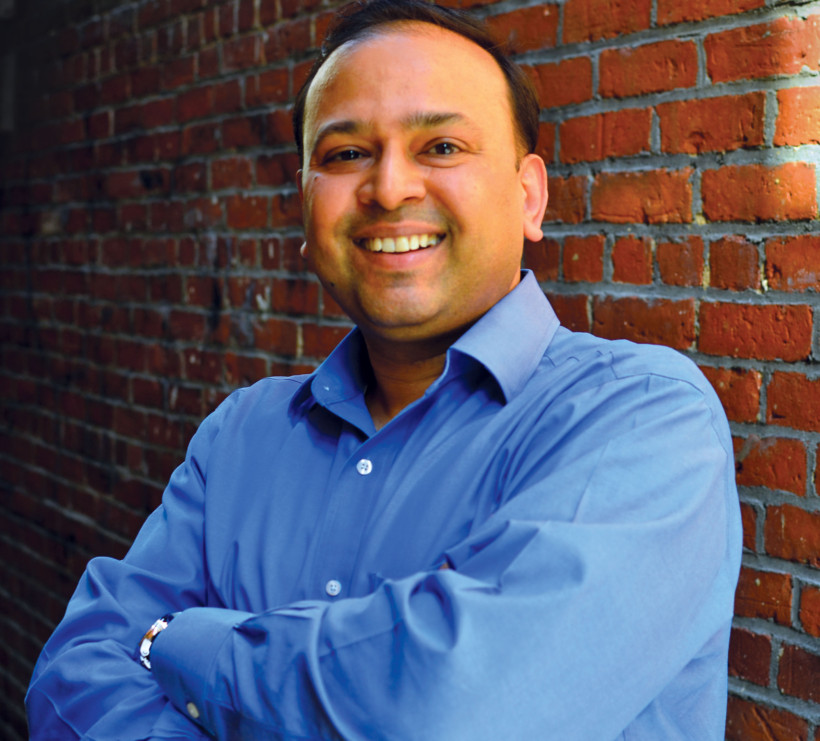 BOSTON—When Vikram Aggarwal launched EnergySage in 2009, he knew the solar energy market will be big, but not as big as it is now and still growing at a rapid rate.

As consumers and businesses become aware of the benefits of clean energy not only as a good thing to do, but also as a wise investment, Aggarwal is now ready to expand his Boston-based firm.

“We know clean energy is the future,” says Mr. Aggarwal.

What does EnergySage do? It is trying to make going solar as easy as booking a flight online. The company believes that there are millions of Americans shopping for solar, and thousands of solar providers looking for well-qualified customers, and yet buying and selling solar remains as inefficient, confusing and costly as ever.

“Our solar marketplace allows homeowners and businesses to comparison-shop for solar equipment, financing options, and installation professionals online with support from non-commissioned solar advisors,” says Mr. Aggarwal. “This is a powerful and unique combination, which leads to confident and informed decisions.”

How? Mr. Aggarwal says EnergySage has made the solar shopping process efficient, transparent, and less expensive for consumers.

“Our Solar Marketplace allows homeowners and businesses to comparison-shop up to seven quotes online from local pre-screened solar contractors. Everything from equipment to financing preferences can be stated and compared in an apples-to-apples format,” Mr. Aggarwal told INDIA New England News. “By providing impartial information through a transparent marketplace, as well as robust educational content and a solar calculator, consumers are able to make an informed decision and are 5-10 times more likely to go solar than industry norms – at lower costs. Our solar shoppers save up to 20 percent on solar installation costs.”

Mr. Aggarwal says that EnergySage has created the country’s first “Community Solar Marketplace” to drastically simplify how property owners and renters research and sign up for community solar.

“Consumers who cannot or prefer not to install solar panels on their property can now locate and compare multiple community solar projects in their area with ease,” he said.

After working for 15 years at various divisions of Boston-based mutual fund giant Fidelity Investments, Mr. Aggarwal launched EnergySage in 2009 with his personal savings and a few years later raised two rounds of angel investing. Now, he wants to accelerate the company’s growth and scale up, and is in the midst of raising $5 million in venture capital. He said early investors are already interested in providing the additional capital for growth.

“VCs are coming more in at a later stage in a company’s lifecycle, more so than before. They are looking to invest later with much larger checks,” said Mr. Aggarwal.

He said EnergySage on average saves consumers about $6,000 on each project through competitive research process.

“While businesses would like to avoid competition, consumers seek choice and transparency,” Mr. Aggarwal said. “Solar industry has been notoriously opaque.”

The Boston-based company today has 22 full-time employees, has doubled its revenue and customer-based every year for the last few years and operates in 30 states in the United States.  EnergySage has also won the support and backing of the U.S. Department of Energy, New York State Energy Research & Development Authority, Connecticut Green Bank, and Massachusetts Clean Energy Center.

Mr. Aggarwal credits his success to his various roles he played at Fidelity and his 15 years of experience there at the mutual fund giant.

“Fidelity gave me a chance to learn every function of starting and managing a business, which has been invaluable for me at EnergySage,” Mr. Aggarwal said. “I was able to learn from some of the best and most skilled professionals in their fields.”

Despite all the experience, what has Mr. Aggarwal learned as an entrepreneur?