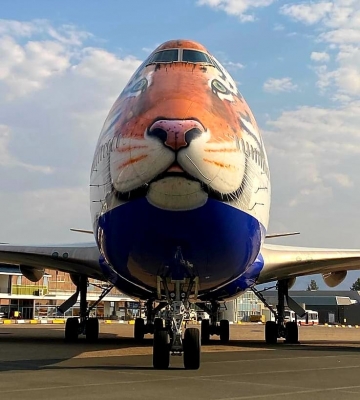 Officials in Madhya Pradesh forest department told IANS that the aircraft with the eight cheetahs, including five females and three males (among them two male siblings) will land in Jaipur on Friday. Thereafter, the fastest moving animals will be flown from Jaipur to Kuno National Park in Madhya Pradesh on Saturday morning, three to four hours before the Prime Minister Narendra Modi is scheduled to arrive in Sheopur district for the memorable birthday.

PM Modi will celebrate his 72nd birthday in style – by releasing the cheetahs into Kuno National Park. “A 10-feet high platform has been put up for the PM at Kuno National Park. Cheetahs will be housed in a six-foot cage below that platform. The PM will turn a lever to open the sliding gates of the cage and release the cheetahs in the enclosure created for them,” officials privy with the project said.

After releasing the cheetahs, PM Modi will address ‘Cheetah Mitras’ (friends of cheetahs surrounding villages). These Cheetah Mitras have been tasked with educating people living in some 45 villages near the national park, about how to handle the big cats, should any stray into their neighbourhood.

The cheetahs will be quarantined in a special enclosure for a month after being released in the Kuno National Park. Once the mandatory isolation is over, they will be moved to a larger enclosure for around three months, before being freed in the jungles of the 748 square km Park.

Besides releasing the cheetahs, the Prime Minister will also grace the women self-help groups Sammelan being organised at Karahal in the same Sheopur district. The Sammelan will be attended by women Self Help Group (SHG) members/community resource persons that are being promoted under the Deendayal Antyodaya Yojana-National Rural Livelihoods Mission (DAY-NRLM).