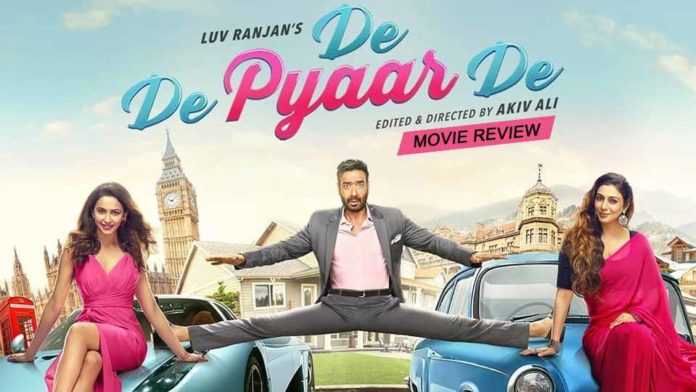 Mumbai–Actors Ajay Devgn, Tabu and Rakul Preet Singh starrer “De De Pyaar De” has raked in over Rs 10 crore at the box office on the first day of its release.

“Day 1 collections Rs 10.41 crore (including paid previews),” read a statement from the makers.

“De De Pyaar De”, released on Friday, was given a U/A certificate from The Central Board of Film Certification (CBFC) which had suggested the makers of the film to replace an alcohol bottle in a song with a bouquet of flowers.

Produced by Luv Ranjan and directed by Akiv Ali, “De De Pyaar De” explores the relationship between an older man and a younger woman. (IANS)