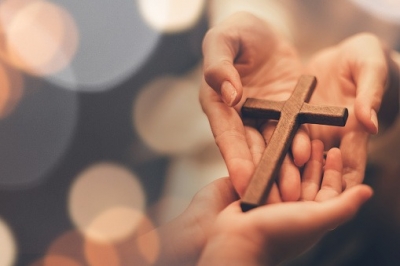 The group called for the arrest and prosecution of the assailants who gunned down Pastor William Siraj and wounded Pastor Patrick Naeem in Peshawar last week.

Protesting in front of the Karachi Press Club, Chairman of the Muttahida Masihi Council Noel Ijaz said that the feeling of insecurity within the Christian community had increased following the violent killing.

“We would feel better protected if the police succeed in arresting the attackers and if perpetrators are convicted for their crimes. It is a sad reality that attackers involved in the persecution of minorities usually enjoy impunity,” he observed, the report said.

Protestor Alyas Samuel said that whenever the minorities are attacked, perceived police and government inaction leaves an impression that minorities are second-class citizens, and are not treated equally, the report said.

Another protester, Asif Bastian lamented the government’s response, which he said some believe emboldens terrorists and extremists to oppress and attack minorities, particularly Christians, with impunity.

“Religious minorities are beaten down time and again, and we find no protection. If we fight back, the police put us in jail, but the elements behind mob attacks against minority settlements get away with their crimes,” he commented.

Chairman of Voice for Justice Joseph Jansen cited the government response to the killing of two Muslims in 2015 in retaliation of the Youhanabad church attacks. Police in this instance took direct action and arrested 200 Christians, eventually charging 47 members of the Christian community. A least 41 Christians spent five years in prison until they were finally acquitted, Jansen claimed, noting the government’s quick action in the matter. (IANS)