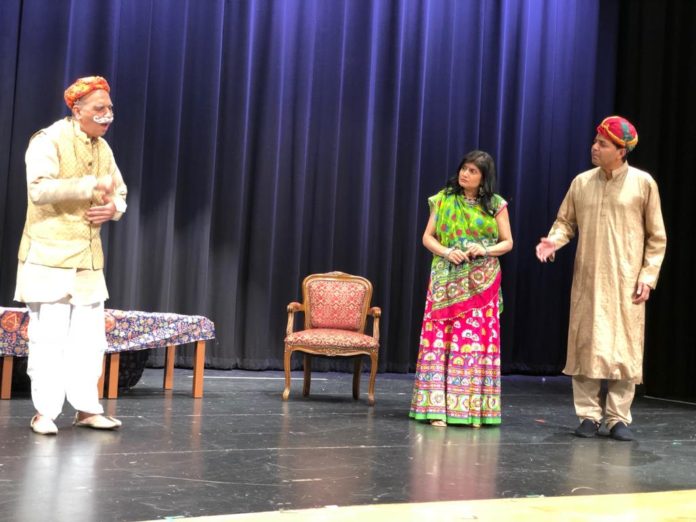 SHARON, MA–Bravo Arts, an arts and theater group formed by Sharon theater enthusiasts, is presenting comedy play “Makhkhi Choos” on Nov. 10 in Sharon, MA. Makhkhee Choos is based on a classic French play, L’Avare, by the renowned French playwright Molière, and is adapted and directed by Jayashree Shahane.

In addition, ICS of New Jersey is presenting “Rakt Phera” on the same day and at the same location in Sahron. Rakt Phera is an adaptation of Bodas de Sangre (Blood Wedding) by Frederico Garcia Lorca. It is directed by Mahesh Dattani, Hindi adaptation by Abhinav Grover and original music by Vikram Kumar and Aditya Datey.

Both plays will be staged at Sharon Middle School located at 75 Mountain Street in Sharon. Time: 2:00 pm to 5:30 PM. Tickets $20 and $30. For more information visit: www.Bravo-Arts.com

The mission of Bravo Arts, which was formed by Sharon residents Div Prakash, Deepak Shahane, Deepak Wadhwa and Jayashree Shahane, is to become a community platform for producing, hosting and staging performing and other performing arts in the Greater Boston area.

“Bravo Arts’ purpose is to bring authentic cultural experiences in several different languages to culturally enrich the ethnic diaspora of Massachusetts and beyond,” Bravo Arts said in a statement. 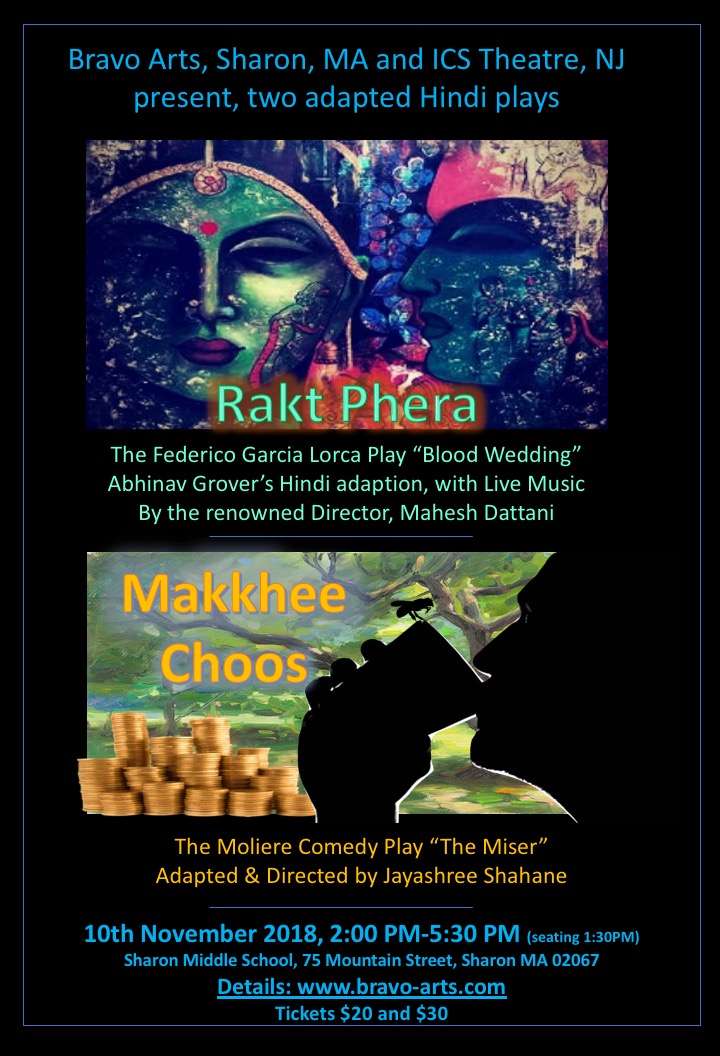 L’Avare, written in the 1600s, is a comedy of manners about a rich moneylender and his feisty children. The Hindi adaptation, set in North India (late 1940s), is centered around the conflict between the moneylender and his children who long to escape from his penny-pinching household and marry their respective lovers.

Studded with rich, well-developed characters that operate the levers of society, the play reminds us of the relentless evolution of the human spirit especially within the narrow confines of provincial Indian life.

Jean-Baptiste Poquelin (Stage name Molière), a French playwright, poet and actor is widely regarded as one of the greatest writers in the French language and universal literature. Molière is considered the creator of modern French comedy. Many words or phrases used in Molière’s plays are still used in current French. Molière authored a number of plays that are widely staged including Tartuffe, Don Juan and Psyche. 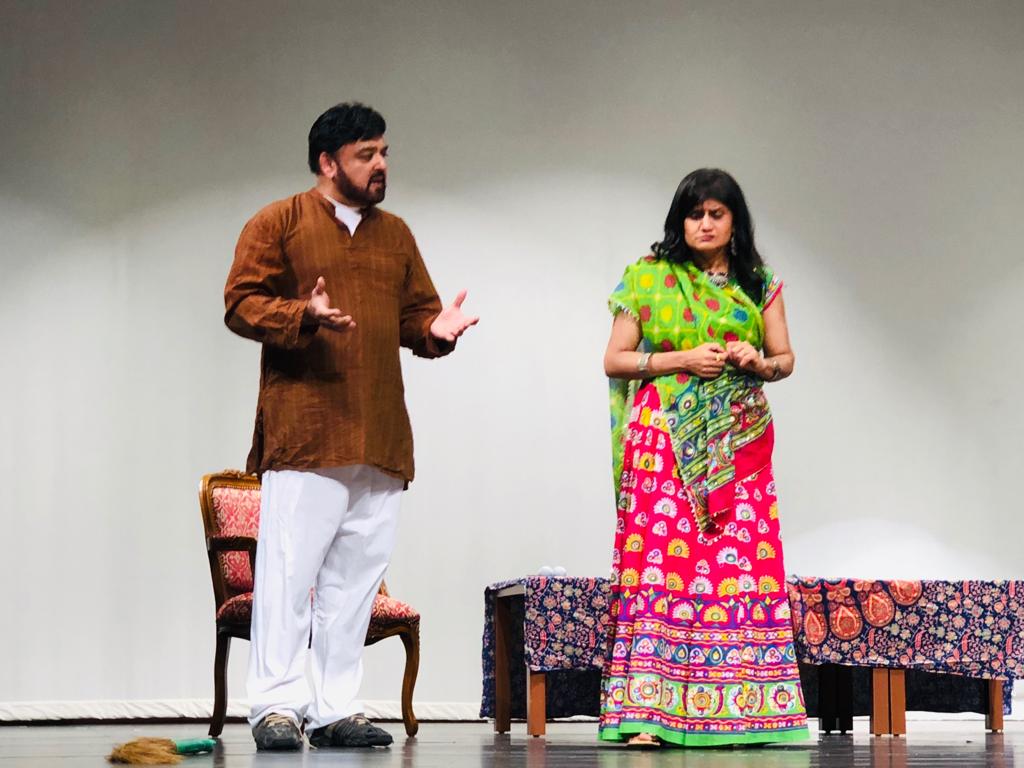 About the Director: Jayashree Shahane, originally from Hyderabad, is an accomplished stage actor and theatre enthusiast. She has acted in a number of plays and has lately taken up directing. Makhkhee Choos is her third directorial venture. Jayashree is trained in Hindustani Classical music, and is a connoisseur of Ghazals.  She is active in several community organizations, such as the Learnquest Music Academy, Shadaj and Bravo Arts.

The Hindi play Rakt Phera is a presentation by ICS of New Jersey.

Frederico Garcia Lorca’s Bodas de Sangre, written in 1933, was the first of his plays to bring him commercial success. It is based on a true story of Spanish peasant life, within the claustrophobic confines of provincial Catholicism.

This Hindi version is set in the Rajasthan/Haryana border region where honor reigns supreme, valued even more than Life. The life and landscape of this region offer a rich canvas for this drama of passion, honor and betrayal. As in the original Spanish play, blood is the symbol of passion as much as it is of Death and Sacrifice. A marriage is arranged to bring land holdings and families together, overriding personal choices.

So what happens when passion subsumes all that is conventional, reasonable and acceptable? Lyrical prose and dramatic poetry come together in this dance between Culture and Nature, creating an intense piece of theater that reminds us of the relentless rhythm of Life and Death as played out by the forces of Nature, around and within the human body.

About the director: Mr. Mahesh Dattani is a renowned playwright, stage director, screenwriter and filmmaker. His works include Final Solutions, Tara, A Collected Works, Brief Candle and Other Plays and most recently Me and My Plays published by Penguin. In 1998, Mahesh Dattani won the prestigious Sahitya Akademi Award for his book Final Solutions and Other Plays, the highest award for literary work in India.

Mahesh is the first playwright, writing in English, to receive this award. His works have been produced in all major Indian cities and internationally as well, including London, Leicester, New York, Washington DC, Sydney, Colombo, Toronto and Dubai. Most notably, his play, Dance Like a Man, has completed 600 performances and continues to tour to date. He has written and directed, Mango Soufflé, a film that was adjudged best motion picture at the Barcelona Film Festival in 2003.

His film Morning Raga (for which he was writer and director) had its international premiere at the Cairo Film Festival where he won the award for best artistic contribution. Most recently, he has directed his play, 30 Days in September, for Zee Theatre Productions. Rakt Phera is his third directorial collaboration with ICS Theatre after The Masrayana (in 2016) and Chak De Chekhov! (in 2017)

ICS Theatre, a part of ICS EB, was established in early 2014. Since its inception the group has staged several successful productions. ICS Theatre has been fortunate to have worked under the guidance of renowned directors such as Dr. Farley Richmond and Mr. Mahesh Dattani and its plays have been staged at several prestigious theater festivals like the South Asian Theater Festivals in NJ and Ohio.