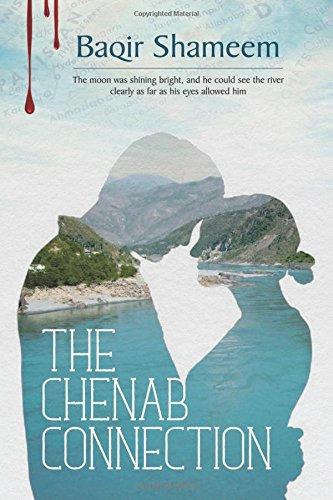 New Delhi–Discover the dark business of stolen books and manuscripts and the FBI’s attempts to recover them; read a fascinating love story that traverses between India and Pakistan; know about the dark secrets of a quiet town; and be prepared to uncover the story of one woman’s ferocious will to escape the horrors of bondage.

There is nothing more varied that the IANS bookshelf could offer to its readers this weekend.

Bruce Cable owns a popular bookstore in the sleepy resort town of Santa Rosa on Camino Island in Florida. He makes his real money, though, as a prominent dealer in rare books. Very few people know that he occasionally dabbles in the black market of stolen books and manuscripts.

Mercer Mann is a young novelist with a severe case of writer’s block who has recently been laid off from her teaching position. She is approached by an elegant, mysterious woman working for an even more mysterious company. A generous offer of money convinces Mercer to go undercover and infiltrate Bruce Cable’s circle of literary friends, ideally getting close enough to him to learn his secrets. But eventually Mercer learns far too much, and there’s trouble in paradise as only John Grisham can deliver it.

Book: The Underground Railroad; Author: Colson Whitehead; Publisher: Hachette; Pages: 345; Price: Rs 499
Cora is a slave on a cotton plantation in Georgia. Life is hell for all the slaves, but especially bad for Cora; an outcast even among her fellow Africans, she is coming into womanhood, where even greater pain awaits. When Caesar, a recent arrival from Virginia, tells her about the Underground Railroad, they decide to take a terrifying risk and escape. Matters do not go as planned — Cora kills a young white boy who tries to capture her. Though they manage to find a station and head north, they are being hunted.

In Whitehead’s ingenious conception, the Underground Railroad is no mere metaphor — engineers and conductors operate a secret network of tracks and tunnels beneath the Southern soil. Cora and Caesar’s first stop is South Carolina, in a city that initially seems like a haven. But the city’s placid surface masks an insidious scheme designed for its black denizens. And even worse: Ridgeway, the relentless slave catcher, is close on their heels. Forced to flee again, Cora embarks on a harrowing flight, state by state, seeking true freedom.

The Underground Railroad is at once a kinetic adventure tale of one woman’s ferocious will to escape the horrors of bondage and a shattering, powerful meditation on the history we all share.

Book: Here Falls the Shadow; Author: Bhashkar Chattopadhyay; Publisher: Hachette; Pages: 248; Price: Rs 350
On the edge of the forests of Deoghar, in the sleepy little town of Nimdeora, novelist Sangram Talukdar’s peaceful life is unexpectedly shattered when he receives an anonymous death threat. At first, he dismisses it as a cruel joke. But when two of the family’s beloved dogs, guardians of the estate, are found killed with a clean, swift arrow to each of their throats, Talukdar calls in the astute detective Janardan Maity to investigate.

To uncover the dark secrets of this quiet town, Maity must dig deep into the past — into the Talukdar family’s bloody history, and a dreaded curse that has haunted the family for generations. But he must act quickly, because someone, or something, is lurking in the shadows of the forest, watching, waiting to claim their prey.

4. Book: The Chenab Connection; Author: Baqir Shameen; Publisher: Createspace; Pages: 310; Price:Rs 249
Ravi is a man in love and he is willing to do anything to be with his beloved, Shaheen. In his case, the roadblock is not just that they are from two different communities; Shaheen stays in Pakistan, while Ravi is from Delhi.

This is the story of The Chenab Connection, the latest work of Brigadier (retd) Baqir Shameem, who served in the Indian Army for three decades and witnessed the growing Indo-Pak conflict from close quarters. In this love story, with several twists and turns, he explores the possibilities of an Indian boy and a Pakistani girl falling in love and managing to settle down, having a family, under the looming shadow of hatred that has grown stronger over the last seven decades.