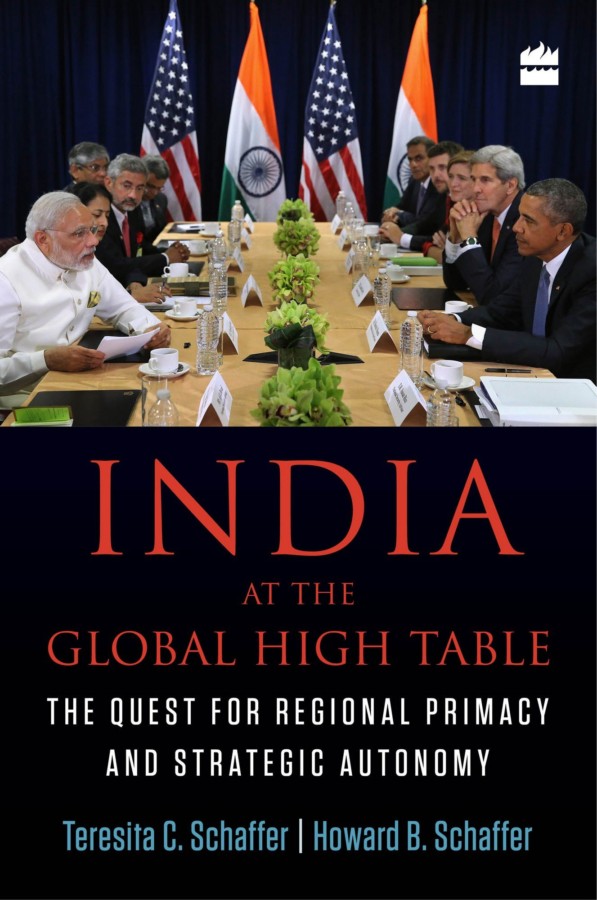 Indian diplomacy may be successful or not, but there is no dispute that it is thorough, as this work shows. An American diplomat in India, instructed to raise an issue formally with the Ministry of External Affairs, in preparation “read his instruction cable carefully”. But, his Indian opposite number confronted him with ten years worth of files on his desk.

Long a regional power and now also an economic powerhouse, India has been expanding its role in its extended neighbourhood as well as globally. But what drives its foreign policy and the diplomatic strategy and tactics it used/is using to achieve its goals are questions that not only interest the outside world but rise in the minds of many Indians too.

Seeking to answer these in an insightful look into the theory and practice of Indian diplomacy from Jawaharlal Nehru to Narendra Modi is this US husband-wife couple, with over six decades experience in diplomacy – a considerable part in South Asia where they served in New Delhi as well as Islamabad. Howard B. Schaffer was also US Ambassador to Bangladesh, and Teresita C. Schaffer Ambassador to Sri Lanka, which gives them a unique vantage point to gauge not only Indian diplomacy’s formulation and implementation but also its effect.

The authors, who had first-hand experience of US-India relations going from “being thin and often disagreeable to acquiring major importance and warmth for both sides”, also witnessed India’s economic rise, making it “a well-qualified contestant for a place at the global high table”. It also inspired them to write “about Indian leaders’ vision of the country’s global role”, which they show is as marked by continuity as by change.

Identifying the prominent themes that have governed Indian foreign policy as “India’s determination to retain primacy in its immediate region and its conviction that India must chart its own global course – non-alignment or, in current parlance, strategic autonomy”, they also add its growing economic power and “need to to tap its potential to the fullest” in pursuance of foreign policy goals. A fourth is “an exceptionalism” stemming from pride in its ancient civilisation – which influences its negotiating style.

The Schaffers have developed these themes “through three different perspectives: the record of India’s foreign policy, the global visions that compete for the ear of policymakers, and India’s practice in negotiating, primarily with the United States, but also with its neighbours and in multilateral forums”.

And they have been as thorough – going as as far back as Emperor Ashoka and Chandragupta Maurya (for Chanakya/Kautilya) to discern competing strategic thought and practice. Also a key, but often ignored, influence they cite was of the Raj, when not only was India’s primacy in the region determined, but was also a time where Indians gained experience in multilateral diplomacy (heading the delegation to the League of Nations after 1928 and working in its agencies like the International Labour Organisation – where an Indian was elected governing body chief in 1932).

Apart from the account of Indian diplomacy during the Cold War and after, replete with balanced analysis and telling anecdote, they also focus on its strategic visions – which they identify as “Non Alignment Firsters”, “Broad Power Realists” and “Hard Power Hawks” with examples galore, and the institutions, which not only include the foreign service, the bureaucracy, government and parliament, but also states, political parties, think-tanks and business chambers.

Though their account of Indian diplomatic negotiations deals mostly with the US, especially the 2008 nuclear deal, they also feature quite a bit on regional diplomacy, where the Pakistan and China sections are most incisive, as well as with Bangladesh, Nepal, and Sri Lanka.

They also deal with major multilateral negotiations like WTO, Climate Change and the CTBT, where they hold that Indian diplomats shone because of “drafting skill, a good eye for time to make a point, meticulous attention to historical and drafting detail and equally careful research on the legal background as it affected India’s position”.

But the Schaffers identify some problems too – chiefly lack of necessary numbers, but more importantly, the preference to avoid entanglement in one relationship and making awkward choices, which they feel can stymie India’s move towards global leadership and a permanent UN Security Council seat. (IANS)