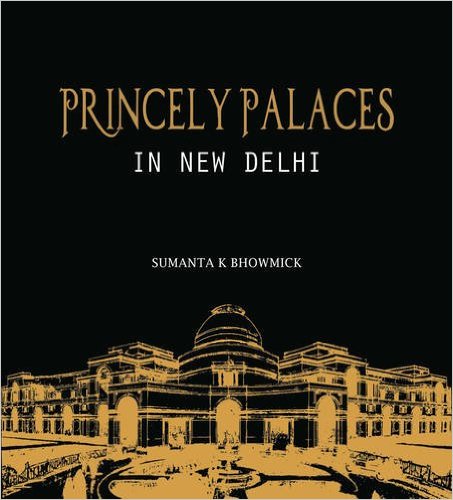 “Architecture is one of the finest art forms and can claim permanency due to its continued visibility,” Sumanta K. Bhowmick writes in the concluding chapter of what is arguably the first documented record of the palaces built in the heart of Lutyens Delhi in the period 1915-40 to complement the upcoming new capital — an invaluable record for posterity.

Those of us born in the 1950s and who have lived most of our lives in New Delhi have grown up on the stories of these palaces and what went into their making, but all this knowledge seemed in danger of dying till this permanent record came along.

As Bhowmick puts it: “Buildings are the relics of the past passed on to posterity. One cannot expect the past to ride on the shoulder of the present and look as pretty as ever … The princely palaces were built for purposes that may not be of relevance to us at present. But they speak of a time that was part of the continual process of knitting an unstitched destiny. We need to preserve them in their original beauty, if not with their associated glory.”

Others are in a rather dilapidated state, the most glaring being Patiala House, home to a vast array of trial courts.

So, how did all this come about?

“At last, we have the answers. This book is a result of meticulous investigation, a truly admirable venture for which the inhabitants should be grateful,” noted academician and writer Narayani Gupta says in the Foreword.

“Too many of us travel through sections of the city with ‘no time to stand and stare’. Lutyens Delhi to most of us means only the Central Vista crowned by the President’s House and the Secretariat blocks. The fascination with the architecture of Lutyens has led to a number of books about these buildings, frozen in time, still following hierarchy and ceremonial, still dauntingly inaccessible. By contrast, the palaces of the princes did not remain frozen in time — neither in form nor function. But no one thought to explore their histories. The three decades from 1921 (when their construction started) to 1947 (when the sub-continent was partitioned) blurred into a world that has gone with the wind. Till now,” Gupta writes.

But then, it was no easy task — India being India and Indians being Indians.

For instance, as Bhowmick writes: “The script was ready, the director was about to say ‘action’ but the plot changed abruptly. The durbars (princes) wanted to change their plots, simply because they did not like them.”

With these “mundane” issues resolved, as is wont to happen in India, came the other big one: architecture.

“Architecture, essentially being a part of aesthetics, was subservient to the needs of politics, more so when the states were willingly or unwillingly tied up by treaties with the British Crown. Their inclination to be close to the authorities and to supplement the dream of building the ‘Imperial Capital’ in neo-classical architecture, as envisaged by Lutyens, cannot be lost in this discourse,” Bhowmick writes.

“Hyderabad, Baoda, Bikaner, Jamnagar and Kashmir had commissioned none other than Sir Edwin Lutyens as their architect. He could finally execute his plans for the palaces of Hyderabad and Baroda. Lutyens’ masterly use of the ‘butterfly plan’ in designing these palaces and its influence on other palaces in New Delhi, however, cannot be denied,” says Bhowmick.

Eventually like a butterfly emerging from a chrysalis emerged the 28 palaces documented in the book, complete with background, date of site allotment, period in which built, address and present occupant.

For Bhowmick, who is employed in the Parliament Secretariat, it’s been a love of labour all the way.

“Driving down to office every day takes me around C-hexagon (on or in close close proximity to which the bulk of the palaces are located)… I often thought to myself of the days when these palatial buildings buzzed with a number of guests, mostly maharajas of the erstwhile princely states, who came to occupy them occasionally. It must have been a colourful procession with all kinds of regalia,” the author writes in the first chapter titled “The Journey”.

And what a jouney it turned out to be!

“I got help from unknown quarters, till then unknown to me, and officials from various government archives… The journey, however, cannot be claimed to have been all that smooth as it concerned personal and private collections of some of the erstwhile royal families,” writes Bhowmick.

In the end, it’s been a journey well worth the effort, the result being a volume that deserves a place in every household with a sense of history, let alone every library. (IANS)