Mumbai– Writer-filmmaker Tahira Kashyap was feeling extremely useless, so she spent a lot of time on her phone.

Tahira posted a video collage on Instagram, where she is seen making goofy faces at the camera.

“Just… too much time on hands and on the phone…plus an editing app…= extremely Vella and useless,” Tahira wrote as the caption.

Tahira recently posted a throwback picture with her actor husband, actor Ayushamann Khurrana, from their college days. She shared a picture on Instagram where the couple is seen posing with a friend.

Mumbai– Bollywood actor Arjun Kapoor has opened up about his food start-up venture that has been feeding 1000 children every month. He says kids should never go without food or suffer from malnutrition.

“The pandemic has thrown numerous challenges at our society and children have been deeply affected by it. The sudden loss of income for families, especially in the ones where men are the only bread earners, has put a lot of children at harm in a way,” Arjun said.

He added: “Through my venture FoodCloud, we have tried to take care of children and provide them with nutritious meals.”

“Children should never go without adequate food or suffer from malnutrition, and our endeavour has been to help as many children we can and do our bit as responsible citizens of this nation,” he said.

Athiya Shetty admits her Monday was a blur

Mumbai– Rather than complain about Monday blues, actress Athiya Shetty has posted on social media to say that her day was a blur. 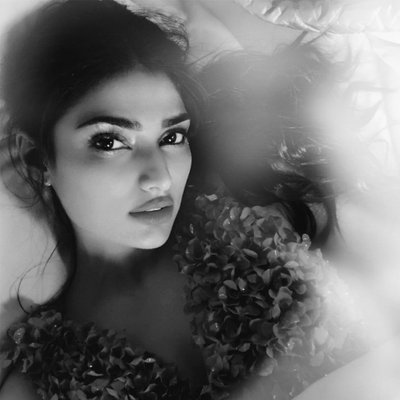 The actress posted a picture on Instagram where she is seen dressed in a rusty orange blouse and sunglasses. Her picture seems a little hazy.

For effect, Athiya captioned: “So monday was a blurrrrrr.”

Rahul posted a picture on Instagram. In the image, the actress is seen leaning on the cricketer’s shoulder while the two look at the camera and smile. Alongside the image, he wrote: “Happy birthday mad child.”

Athiya made her debut in 2015 with “Hero” and was then seen in “Mubarakan” and “Motichoor Chaknachoor”.

Yami Gautam shoots in the ‘1942: A Love Story’ bungalow

Mumbai– Bollywood actress Yami Gautam is currently shooting for her forthcoming flick Bhoot Police in Himachal Pradesh. On Monday the actress teased fans by sharing a photograph of a bungalow located in Dalhousie where the film is being shot.

“Can you guess which film in the 90s was shot at this beautiful heritage home #BhootPolice,” Yami posted on her verified Instagram account along with the photo of the bungalow.

Commenting on her post, many netizens correctly replied saying that Vidhu Vinod Chopra’s 1994 Anil Kapoor-Manisha Koirala film “1942: A Love Story” was shot in the same bungalow.

The bungalow seems to be a favourite shooting destination for B-Town filmmakers, as actor Vikrant Massey also recalled shooting for the 2013 film “Lootera” in the house.

Yami has been shooting in the mountains of Himachal for a while now. Directed by Pawan Kripalani, the film also stars Saif Ali Khan, Jacqueline Fernandez and Arjun Kapoor.

Diana Penty posts pics of flying in the time of Covid

Mumbai– Bollywood actress Diana Penty has shared her experience of flying during the time of Covid, and she seems pleased about it.

Diana posted pictures and videos sitting in a flight with protection including mask and shield. Actor Sidharth Malhotra can be seen sitting behind her in one of the frames.

“Flying in the times of COVID ft. @sidmalhotra,” Diana captioned the image.

Diana will next be seen in the romantic drama “Shiddat”, which also stars Mohit Raina, Radhika Madan and Sunny Kaushal.

She recently shared that she follows her gut feeling when it comes to finalising her scripts, and said that it has never let her down. (IANS)