Sunny Leone opens up about motherhood on ‘The Kapil Sharma Show’

Mumbai– Actress Sunny Leone shared her experience of being a mother and taking care of her three kids on ‘The Kapil Sharma Show’.

Musicians Mika Singh, Sunny Leone, Toshi and Sharib Sabri will be seen promoting their new song ‘Panghat’ on the show.

Sunny and her husband Daniel Weber had two kids Noah and Asher through surrogacy and adopted a girl named Nisha.

In conversation with Sunny Leone, the host Kapil Sharma asked her about her newfound motherhood and how she handles her three kids at home.

Sunny replied: “It is never quiet. There is a lot of noise in the house but it’s nice.”

Later when asked if her husband, Daniel helps her with the children.

Sunny said: “Daniel chose a perfect spot on the bed when we bought our new house. He picked the spot closest to the entry (of their room). So, whichever child wakes up, he has to go first because he is closer.”

Allu Arjun thanks Mahesh Babu for heaping praise on ‘Pushpa’

Hyderabad– Telugu superstar Mahesh Babu’s praise for ‘Pushpa: The Rise’, starring Allu Arjun and Rashmika, has evoked a positive response from the leading man of the superhit film. 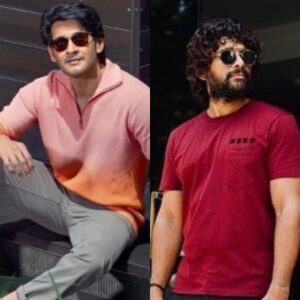 He also congratulated musician Devi Sri Prasad. “This Is DSP, what can I say … you’re a rock star! Congrats to the entire team of @MythriOfficial. Proud of you guys!” Mahesh Babu tweeted.

Overwhelmed by the praise, Allu Arjun thanked Mahesh Babu for his review and wrote: “Thank you very much Mahesh Babu garu. So glad you liked the performance, everyone’s work, and the world of ‘Pushpa’. Heartwarming compliments. Humbled.”

Interestingly, before ‘Pushpa’ went on floors, it was speculated that Mahesh Babu was the first considered for the lead role, but eventually, Allu Arjun was signed up.

Mahesh will be seen in the upcoming action comedy ‘Sarkaru Vaari Paata’, which is also being rolled out by Mythri Movie Makers, the production house behind ‘Pushpa’.

I don’t have a fancy wardrobe, says actress Kaniha to her critics

Chennai– Multilingual Malayalam actress Divya Venkatasubramaniam, popularly known as Kaniha, on Wednesday made it clear that she was looking to break stereotypes. 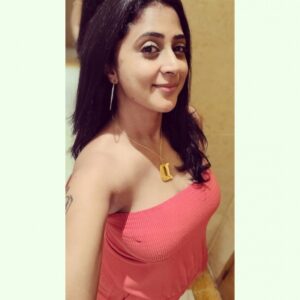 The actress was responding to Netizens who keep asking her if she recycles her clothes because she does not have a fancy wardrobe with brands and designer outfits.

She then went on to ask: “Who says people in the media business need to dress up and be a certain way? Wear what makes you feel comfortable and confident. Let your attitude be the answer. P.S.: Hope this answers the many questions that some of you keep asking me!”

Just a day ago, the actress had posted pictures of herself in formal attire with the caption: “She’s her own boss! Living life on my own terms!”

Ravi Bhatia: Patience and forgiveness are my keys to success

Mumbai– Actor Ravi Bhatia, who is known for featuring in the television shows like ‘Ishq Subhan Allah’, ‘Jodha Akbar’ ‘Do Dil Bandhe Ek Dori Se’, among others refers to patience and forgiveness as his keys to success. 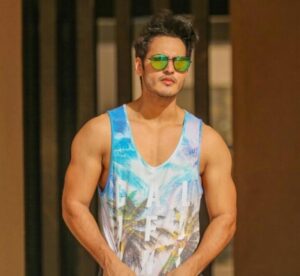 He said: “Even with the best of intentions and motivations, it is all too common to lose sight of our goals when life gets hectic and our attention is needed elsewhere. It takes time to make lasting change, but sometimes all we need is an unexpected breakthrough to make your goals a reality.

The actor who will be seen in the upcoming series, ‘The Devil’s Deal’ states punctuality as another key factor.

“Time is elusive and often slips away from us with busy schedules and competing interests. There are chances that we schedule in time for work but later family obligations turn out to be an excuse, so I’m trying hard to make myself more scheduled in time too.

This could mean blocking off an hour each day to exercise, occasionally declining social invitations to focus on self-care, or dedicating a weekend morning each week to complete tasks I missed previously.”

Mumbai– Actress Raashii Khanna, who is all set to make her big Bollywood debut with ‘Yodha’, has started shooting for the film and has expressed gratitude to the team on her first day. 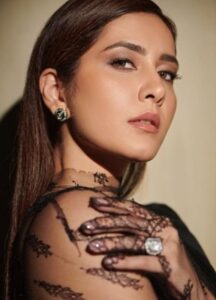 She will be seen starring opposite Sidharth Malhotra in the upcoming action entertainer.

Sharing a picture of the welcome note from Dharma Production, Raashii said: “Thank you for such a warm welcome @dharmamovies You have my heart #day1 #Yodha”.

Apart from ‘Yodha’, Raashii also has an interesting string of projects to her credit.

The actress will be seen with Ajay Devgn in Rajesh Mapuskar’s Rudra: The Edge of Darkness’ as well as teaming with the stellar team of Vijay Sethupati and Shahid Kapoor for Raj and DK’s next action thriller show.

Mumbai– On her 36th birthday, Bollywood actress Deepika Padukone treated her fans with the posters of her upcoming film ‘Gehraiyaan’, directed by Shakun Batra. 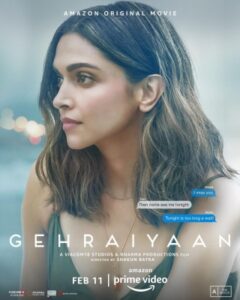 Deepika posted a motley of looks on her Instagram featuring her, Siddhant Chaturvedi, Ananya Panday and Dhairya Karwa.

She captioned the images: A little birthday present for all the love you have showered us with! #GehraiyaanOnPrime releasing 11th February!”

The movie looks beneath the surface of complex modern relationships, adulting, letting go and taking control of one’s life path.

Jointly produced by Dharma Productions, Viacom18 and Shakun Batra’s Jouska Films, the movie will have its World Premiere exclusively on Amazon Prime Video on February 11, 2022. (IANS)