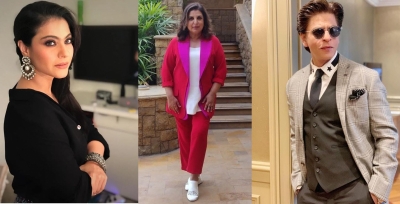 Mumbai– The makers of celebrity dance reality show ‘Jhalak Dikhhla Jaa’ are set to come back with the 10th season.

Moreover as per the sources, the panel of judges will have big names such as Bollywood superstar Shah Rukh Khan, well-known choreographer Farah Khan and Kajol. Yet the channel has not given any confirmation.

The ninth season was aired in 2016. Karan Johar, Farah Khan, Jacqueline Fernandez and Ganesh Hegde took over as the judges of that season. Manish Paul hosted the show.

A source close to the show informs: “The show will have a grand comeback. Makers have approached Bollywood superstar Shah Rukh Khan, Kajol and Farah Khan to take over as judges. The casting of the show is in process and the show might go on floor by July.”

Pracheen Chauhan: Spirituality is perfect for our mental health

Mumbai– Actor Pracheen Chauhan, who was seen in the show ‘Shaadi Mubarak’, says he’s exploring spirituality that will help him to enjoy peace of mind. 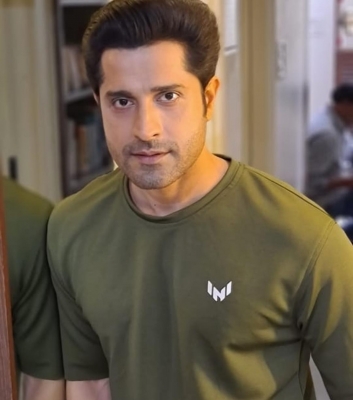 He shares: “I’m finding interest in spirituality with time. It is perfect for our mental health and is also very encouraging. It truly is the perfect way. I love gathering knowledge as it can be extremely relaxing.”

The actor is also known for featuring in shows ‘Kyun Hota Hai Pyarrr’, ‘Kasautii Zindagii Kay’, ‘Kutumb’ among others prefers to go for swimming and playing sports to be fit.

He adds: “Fitness for me is not all about spending my time in the gym. No doubt gym plays a key role to stay fit and in shape. But apart from that I’m very much active in sports like cricket, football etc and I also enjoy swimming. Such fun activities help me to stay fit and feel relaxed too.”

Mumbai– Composer-singer Jasleen Royal, whose track ‘Ranjha’ from the Sidharth Malhotra and Kiara Advani-starrer ‘Shershaah’, became a nationwide sensation, is getting a positive response for her compositions in ‘Runway 34’ where she has the credit of a solo composer for the second time after ‘Hichki’. 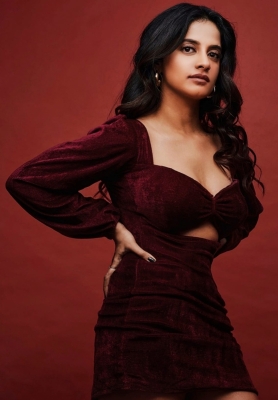 After the first song from the album, ‘Mitra Re’, her new track ‘The Fall’ is gaining momentum. Sharing her thoughts on the overwhelming response she has been receiving, Jasleen said, “The response for the song ‘The Fall’ has been extremely overwhelming. Since the inception of my journey, It has been quite a roller coaster ride for me.”

Filled with gratitude, she further said, “‘Runway 34’ marks my second film as a solo composer after ‘Hichki’ and with the release of each of my songs, the nervousness and excitement gets different. I am glad for all the love and appreciation pouring in for my songs from Runway 34 be it – ‘Mitra Re’ or ‘The Fall’. Currently there is no other feeling than gratitude for the immense love coming my way and I am really looking forward to the release of the full album. Hoping for the best.”

‘Runway 34’ is an Ajay Devgn directorial where he doubles up as the central character. The film, produced by Ajay Devgn Ffilms and Panorama Studios, also stars Angira Dhar and Rakul Preet Singh.

Mumbai– ‘Bhagya Lakshmi’ actress Aishwarya Khare mentions how co-star Smita Bansal has actually become her go-to person in life and is her best friend on set. 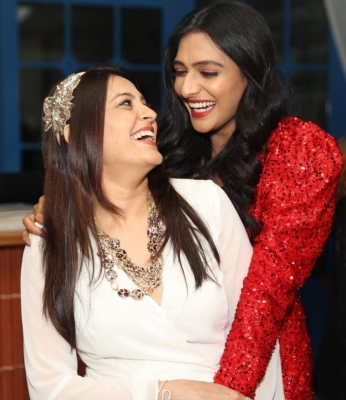 In the recent episodes, it was seen how the on-screen relationship between Neelam Oberoi (Smita Bansal) and Lakshmi (Aishwarya Khare) turned extremely bitter. But in real life their relationship is exactly the opposite.

Aishwarya said: “Smita ma’am and my relationship is quite opposite to what everyone sees on the show. We are like best friends in real life, and she is the closest to me out of the entire cast of ‘Bhagya Lakshmi’. Our relationship keeps changing. According to the situation I am in, she becomes my best friend and also my mother sometimes.”

“She has become my go-to person whenever I need advice in life, and she has always shown me the right path and given me the best advice. Smita ma’am treats me like one of her kids and I must add that she is exactly the opposite of her character. I love the fun-loving person she is in real life,” she added.