Soha Ali Khan: Health is number one on my priority list

Mumbai– Soha Ali Khan says taking care of health is number one on her priority list.

“There is a saying that health is wealth, so health comes number one my priority list. If you don’t feel good and if you don’t take your health seriously then it’s very difficult to be happy, to be productive and to enjoy your life. I feel staying healthy is important for your career, family or anything — especially to women. We (women) know how important it is,” said Soha, at a product launch of the haircare brand System Professional.

Soha married actor Kunal Kemmu in July 2015 and the couple was blessed with a daughter named Inaaya in 2017. She noted that a woman sacrifices everything for her family though her own health is equally important. “When your skin and hair looks good then you don’t need to worry about make-up and styling. I feel it is important to be healthy, to monitor your diet and to have sound sleep and to look after yourself. I feel women sacrifice a lot and think a lot about their families, kids and parents but it is important also to take out time to think about yourself,” she said.

Talking about her upcoming project, Soha said: “In a week, I will be able to tell you about my next project. I will start work on it around the middle of February. It is a web series but right now I can’t talk about it in detail.”

Soha and Kunal are reportedly also set to co-produce a few projects, one of them being the biopic of renowned lawyer Ram Jethmalani.

KJo: We’ve all been through difficult phases of self-doubt

Mumbai– Filmmaker Karan Johar says every one goes through difficult phases of self-doubt and low confidence, and that affects ones ability to put oneself out there.

The filmmaker has turned into a host of Netflix dating makeover show “What The Love! With Karan Johar”. It will go live on the streaming site on January 30.

“Love, matchmaking, and hosting — ‘What The Love! With Karan Johar’ has given me three things that come naturally to me, all in one go! We’ve all been through difficult phases of self-doubt and low confidence, which often affects our ability to put ourselves out there. Through this show, I want people to look inward and truly love and accept themselves, so that they can find their path to their happily ever after,” Karan said.

Produced by BBC Studios India, the show brings together people who are in search of true love. Karan along with fashion and style expert Maneka Harinsinghani and make-up and hair artist Shaan Muttathil will help in participants’ transformation.

Hrithik Roshan wants to don the khakee on screen

Mumbai– Actor Hrithik Roshan has shot many car chase and action sequences in his career, but the Bollywood superstar is yet to play a police officer on screen. He now wants filmmakers to write a police officers role for him.

Appreciating the efforts of Mumbai Police, Hrithik said: “Mumbai is one of the best cities to live in and it is because of the Mumbai police force. I couldn’t make it to Umang 2019 last year but this year I made sure that I come here. I am feeling wonderful performing at a stage for all the policemen who work for us day and night and keep us safe.”

He went on to talk about that one role that he has been craving to play.

“In my entire life I have essayed all kinds of roles. However, I haven’t got a chance to play the character of a policeman. I would urge the filmmakers to write a police officer’s role for me because that will be the most challenging role of my life. I am sure I will make it the best role of my life,” said the “Krrish” star at “Umang: A Mumbai Police Welfare Fund’s Initiative”.

Alia Bhatt is the new face of Vicco

New Delhi– Actor Alia Bhatt has been roped in as the brand ambassador for Ayurveda-based personal care brand Vicco.

“Alia will be representing the brand’s popular product, Vicco Vajradanti and its variants, a trusted name in the personal care category,” the brand said in a Wednesday statement.

It added that the young actor will be shooting for TV commercials, theatre spots and advertisements. Alia’s image will also feature on product containers and packaging.

“I have grown up seeing Vicco’s advertisements in theatres and they are imprinted in my mind. To take on this mandate of Vicco’s brand overhaul is a huge responsibility because this is a brand with legacy and deeply entrenched in the market,” Alia said.

Mumabi– Varun Dhawan’s video of shaking a leg with TikTok star Yuvraj Singh Parihar, popularly known as Baba Jackson, on the neats of the “Muqabala” song, has gone viral.

The video begins with Yuvraj showing a few signature steps of late pop singer Michael Jackson. He also does the popular hook step of “Muqabala” with Varun, Shraddha Kapoor and the other cast members of the forthcoming film “Street Dancer 3D”.

Varun took to Instagram and shared a clip of their dance, praising Yuvraj.

“With the one they call @babajackson2019. The real street dancer Bahut maaza ayaaa keep breaking the internet,” Varun wrote.

Yuvraj rose to fame after Hrithik Roshan shared his TikTok video on social media and hailed him as “smoothest air walker”. Ever since, Yuvraj’s dance moves have been lauded by several Bollywood biggies including Amitabh Bachchan, Raveena Tandon and Remo D’Souza.

Mumbai– Makers of Ayushmann Khurrana’s upcoming starrer “Shubh Mangal Zyada Saavdhan” hosted a bash for the film’s cast and crew, to celebrate the tremendous response from the audience as well as critics that the film’s trailer has garnered.

Ayushmann arrived with wife Tahira Kashyap while his co-star Jitendra Kumar, a well-known name in digital shows who makes his Bollywood debut with this film, also showed up at the party.

The “Badhai Ho” pair of Gajraj Rao and Neena Gupta, who return as a couple in this film, also attended the party.

The trailer of “Shubh Mangal Zyada Saavdhan” has got more than 27 million views on YouTube since its release. It has been trending on YouTube, and is at number 4 at the time of publishing.

Shweta Tripathi working on developing her own stories

Mumbai– Actress Shweta Tripathi started the year by signing her next project which she will be announcing soon. She is also working on developing her own concept and stories. 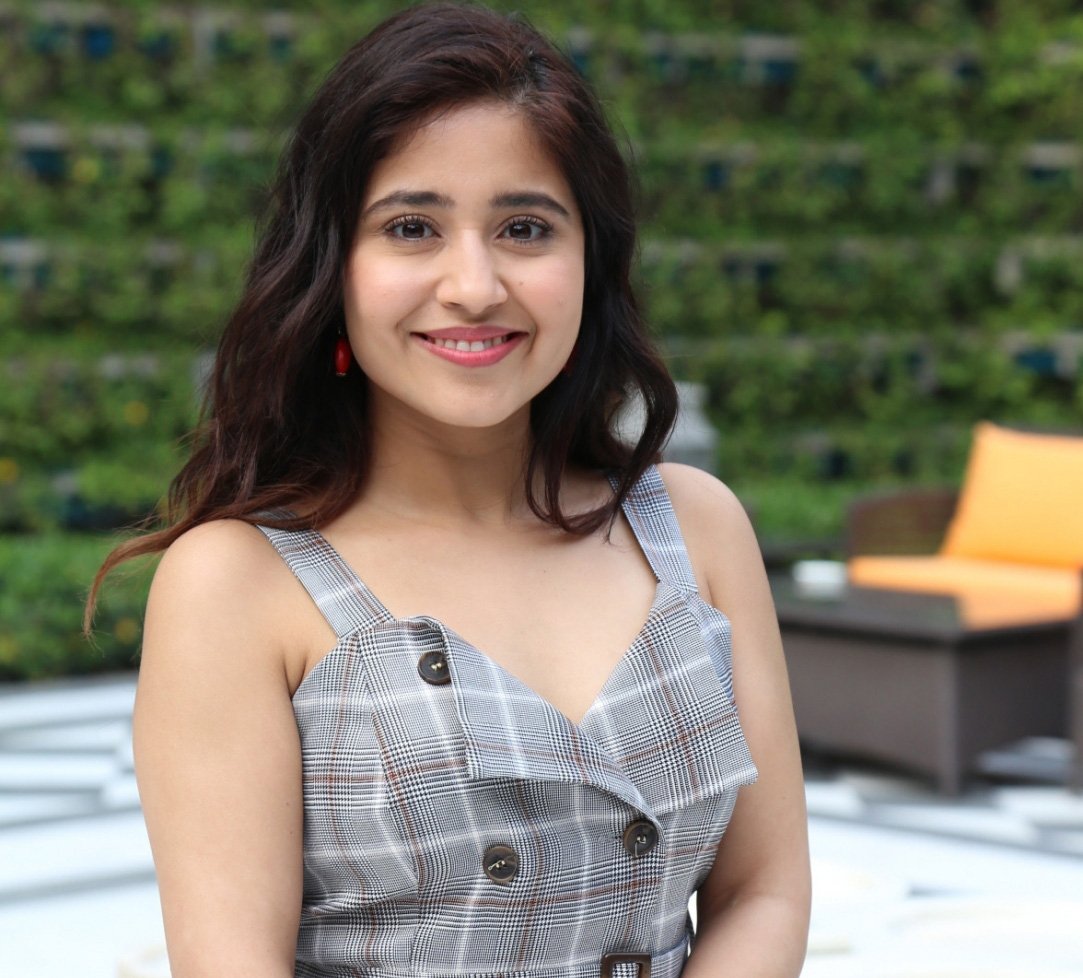 According to sources, a couple of months ago, the “Masaan” actress came up with two independent feature ideas and she has persuaded her ideas by collaborating with one of her favourite writers, Ashish Mehta, to develop the script.

“As an actor who is constantly surrounded by stories, good writing and story ideas keep popping out every now and then…I came up with two ideas which I closely believe in and I thought it’s time to invest some energy and heart into them and see these ideas bloom into full-fledged stories,” said Shweta.

“I am aware that it will be a time-consuming process but I want to put in that effort into developing these stories because I believe in them. I will actively participate in conceiving the story ideas with the help of Ashish and I am hoping by mid-2020 I am in a position to speak more about them,” she added.

Meanwhile, she is awaiting the release of second season of her web series “Mirzapur”.

Shweta is best known for playing the role of Zenia Khan in the Disney Channel Original Series “Kya Mast Hai Life”, besides starring in “Masaan” and “Haraamkhor”. (IANS)