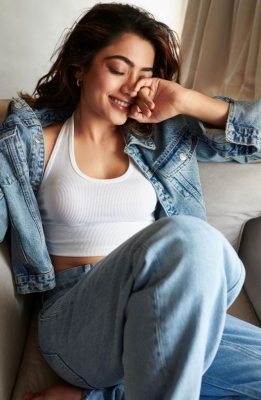 Mumbai– Actress Rashmika Mandanna is currently in Mumbai fulfilling her work commitments and is also shooting for her two upcoming Hindi projects ‘Animal’ opposite Ranbir Kapoor, while also dubbing for her debut Bollywood film ‘Goodbye’.

A source close to the actor reveals: “Rashmika has been currently working on a jam-packed schedule with the shoot of her upcoming films. Right now, she is in Mumbai, currently shooting for ‘Animal’ in the city.”

“They had recently shot some patches of the film in Delhi. Now, she will start dubbing for ‘Goodbye’ and juggle between the two films.”

On the work front, apart from ‘Animal’ and ‘Goodbye’, Rashmika has the sequel of ‘Pushpa’ 2 in her kitty along with ‘Mission Majnu’ opposite Sidharth Malhotra, and ‘Varisu’ with Vijay Thalapatty.

Mumbai– ‘Darlings’ director Jasmeen K. Reen has praised Alia Bhatt and said that her relationship with the actress-producer evolved as they progressed. 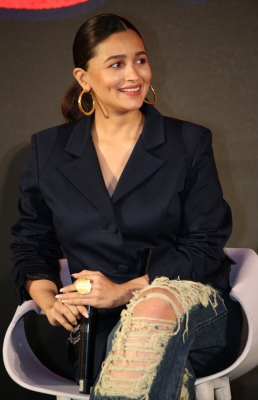 She said: “All of this began with a narration, I narrated the script, Alia liked it, read it too. Then after she agreed to play Badru, we started jamming. Before we knew it, we were jamming creatively, the bond was seamless, respectful, and most important – the relationship had trust.”

‘Darlings’ is a dark-comedy which explores the lives of a mother-daughter duo trying to find their place in Mumbai seeking courage and love in exceptional circumstances while fighting against all odds.

Seeing Alia play the role of Badrunissa Shaikh was a dream come true as Jasmeet couldn’t imagine anyone else playing Badru.

Jasmeeet said: “Alia is a director’s actor. She is true to the film, and the character, nothing else matters. My working relationship with Alia evolved as we progressed.”

When asked if she preferred Alia as an actor or producer, Jasmeet said: “Both. Alia the actor always, I have to say, Alia has the quality of encouraging and empowering a director’s vision. That, to me, makes a fabulous producer.”

Radhika Madan’s ‘Kacchey Limbu’ to have World Premiere at TIFF 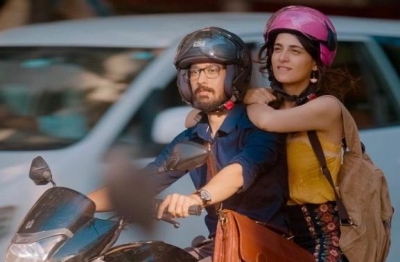 The 10-day festival is set to be held from September 8 through September 18, this year.

The film, directed by Shubham Yogi with dialogues written by Neeraj Pandey, celebrates the spirit of sibling love and makes up a heartwarming drama.

Commenting on the occasion, Neeraj, who has penned the lyrics for films like “Ramprasad Ki Tehrvi”, “Kaamyaab”, “Moothon” and the dialogues of “Tryst With Destiny”, said: “There was a specific requirement in his film where he thought he can use my ‘writing’ voice.

“I told Shubham (the director) let’s see what I can bring to the table. Thankfully, he was happy with what I brought to the table and later we improvised it.

“Initially, it was a short part but as we started jamming on it and improvised it, that part became longer and it is something which has become a very important part of the film. Once people watch the film, they will get to know about it.”

Mumbai– Actress Urmila Matondkar has said that she shares a connection with actress Janhvi Kapoor, courtesy her late mother Sridevi, on the dance-based reality show “DID Super Moms”. 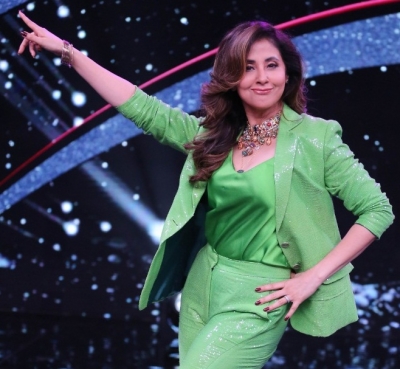 While all the Super Moms put their best foot forward, it was Sadika Khan and her choreographer Vivek Chachere’s performance to “Sapna Jahan” that grabbed everyone’s attention. Their act about Sadika’s pregnancy journey left everyone spellbound and emotional.

The contestant’s performance reminded Urmila of the time when a pregnant Sridevi was shooting for “Judaai”.

Urmila said: “Sadika, I must say that you have beautifully showcased the whole journey of your pregnancy in a very graceful manner, but the real hero of this act was your daughter – Maera.

“I think this act was complete only because of her presence. In fact, this is the same thing I was discussing with Janhvi when I met her outside the set. I remember, when I was shooting with Sridevi Ji for one of the songs in our film – ‘Judaai’, she was pregnant with Janhvi at that time.”

Urmila added: “We spoke about having a connection even before she was born, and I must say it was a really heartwarming moment for us to reconnect about it. Similar to Sridevi Ji, you have also danced with your daughter, and I wish your life is filled with lots of love and happiness going forward.”

“Judaai”, which released in 1997, stars Anil Kapoor, Sridevi and Urmila Matondkar. A remake of the 1994 Telugu film “Subhalagnam”, the plot revolves around the travails of a greedy wife Kajal, who, lured by wealth, convinces her husband to marry a second time. It became the eighth highest grossing Indian film of 1997. (IANS)