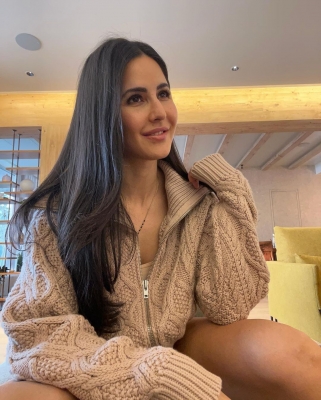 Mumbai– Katrina Kaif recently shared a few pictures on her social media where she flaunted her diamond-studded ‘mangalsutra’ and shared glimpses of her and hubby Vicky Kaushal’s new sea-facing home with her fans.

The actress took to Instagram and shared three pictures where she can be seen cozied up in winter wear and smiling for the camera. The beautiful ‘mangalsutra’ in question is by ace designer Sabyasachi Mukherjee’s Bengal Tiger collection.

Vicky and Katrina tied the nuptial knot on December 9 at Six Senses Fort Barwara Hotel in Rajasthan in an intimate ceremony with just 120 guests in attendance. The three-day wedding festivities started from December 7 and ended with KatVic making it official through their social media posts.

Mumbai– Former Miss Universe and actress Lara Dutta, who is gearing up for the release of her comedy drama series ‘Kaun Banegi Shikharwati’, had a gala time working and jamming with veteran actor Naseeruddin Shah. 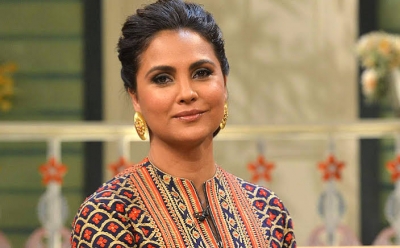 For her, a particular scene that she did with him is the highlight of her career.

Commenting on the same, she said, “I think for me the greatest highlight was the scene that I did with Naseer Sir. That scene was one of the most special scenes I have done in my career. He is an incredible person to observe at work. His dialogue delivery, his timing is so perfect. Every time I was around him on set I would just be gobsmacked. I was trying to soak up as much of it as I could.”

Praising the senior actor’s temperament on the set, Lara said, “He is very kind and patient on set. Having four young women around him who are not as experienced as he is, I am pretty sure we tested his patience a couple of times but he never really lost it. He was very, very patient with us.”

The series, directed by Gauravv K. Chawla and Ananya Banerjee, is the story of a has-been king, who has to return a huge amount of money to the government as taxes, which he cannot afford to pay. His subordinate, played by Raghubir Yadav, then comes to his rescue as he gives him the idea to involve his daughters in the same.

Lauding Raghubir Yadav’s comic timing, she said, “Even Raghubir Sir’s comic timing is just incredible and it was such a joy and pleasure to watch him do a scene. As someone who has done a lot of comedy in my career, it’s such a thrill to watch another good comic actor watch their timing and delivery. This is a sort of invaluable experience that you get in your career to learn from the actors who are so senior and far more experienced than you are.”

Sikandar Kher starts prepping for his next film based on surrogacy

Mumbai– Sikandar Kher, who was most recently seen in ‘Aarya 2’ and ‘Tadap’, is all set to star in a film titled ‘Dukaan’ based on the concept of surrogacy. 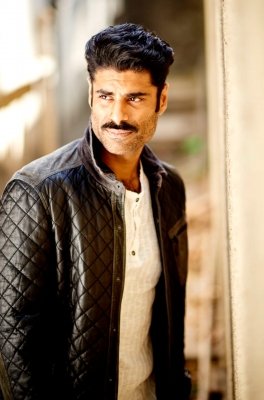 The film will be helmed by the debutant director-duo Siddharth Singh and Garima Wahal, who have written films like ‘Goliyon Ki Raasleela: Ram-leela’ and ‘Toilet: Ek Prem Katha’.

The actor has started prepping for his role as his character requires a certain degree of research and sketching of backstory before the film goes on floors.

Talking about the project, Sikandar, “‘Dukaan’ is a very special film. It’s been a project Siddharth and Garima have worked on for a very long time and I’m happy to see them making it now.”

Commenting on the film’s subject of surrogacy, the actor said, “It revolves around an important pertinent topic and I’m really glad they wanted me to be part of it. It’s a role I have never played before and I’m excited to be doing this part.”

Hyderabad– Actress Kajal Aggarwal confirmed her pregnancy as she posted a picture in which she is seen posing with her husband with her baby bump. 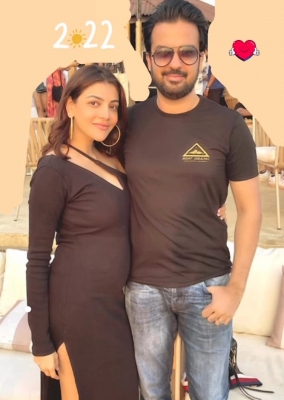 Her husband Gautam Kitchlu announced that they are expecting their first child together, posting a cryptic message on his social media earlier. Now the actress her fans and co-stars seem to be happy.

All dolled up in a black high-thigh slit bodycon dress, Kajal is seen matching her attire with her husband’s, as they show off the baby bump. In a couple of more pictures, Kajal and Gautam seem to be having a happy time.

After pregnancy rumours, Gautam himself posted a picture, with a pregnant lady emoticon, which confirmed the news. With the baby bump picture, the couple has finally announced their pregnancy.

The actress tied the knot with her businessman beau on October 30, 2020, in an intimate ceremony. Ever since her marriage, Kajal has been juggling between work and travel with her husband.

On the work front, Kajal has wrapped up her part in upcoming Telugu movie ‘Acharya’, in which she is paired alongside Tollywood megastar Chiranjeevi.

Hansika Motwani has nine projects lined up this year

Chennai– Actress Hansika Motwani, who has delivered a number of superhits in Tamil and Telugu, has begun the new year with optimism, saying she has nine films in different stages of production lined up for this year. 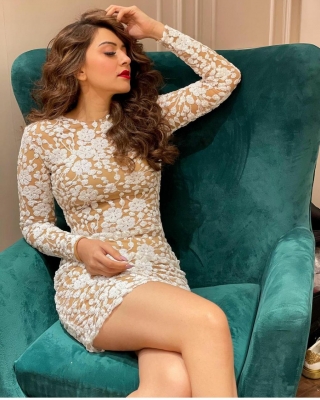 Hansika, who is very optimistic about the new year, said, “The last year has been quite a big challenge for everyone. Especially, the movie industry, which was confined to unbearably tough times. However, it’s great to see the light at the end of the tunnel as life is getting back to normal for everyone during this New Year 2022.”

Thanking her friends in the film fraternity, the media, her fans and everyone who had been a great support during these tough times, the actress said, “It’s love and compassion that keeps the world progressing, and I am glad and blessed to have found them in plenty. I am excited to announce that I have nine projects lined up this year that are in different stages of production. I wish everyone that their dreams and goals get accomplished this year. Stay happy, peaceful, successful, and don’t forget to spread positivity, which is the need of the hour.”

The actress, who has a number of films including ‘Maha’, ‘Partner’, ‘Rowdy Baby’, ‘My Name is Shruthi’ and ‘105 Minutes’, that are waiting to hit screens, is also working on a Hotstar Originals directed by Rajesh that marks their second collaboration after ‘Oru Kal Oru Kannadi’.

Kirti Kulhari: ‘Human’ made me see doctors in a new light

Mumbai– Kirti Kulhari, who essays the role of Dr Saira Sabarwal in the upcoming medical thriller series ‘Human’, revealed that her part gave her a new perspective towards the medical professionals. 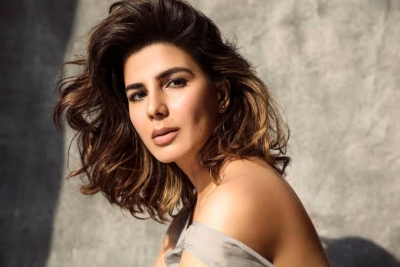 She feels grateful to be an actor as it allows her to portray and touch many lives with her work.

The actress mentions, “While playing the part, I understood the noble thought behind being a doctor, what it really means to be a doctor, to selflessly be there for someone and help in reducing their pain.”

Defining her process as an actor she states, “I approach all my characters in a way where I try to find out about the person behind the profession.”

For her, the beauty of acting lies in the fact that it not just connects with people on a cerebral level but is also rewarding in many ways to the actor itself as she says, “That’s the beauty of the profession of acting, all characters that you have portrayed on screen, lead you to becoming a better person.” (IANS)