Karan Johar’s kids want him to have a bath!

Mumbai– After his children Roohi and Yash called their father Karan Johar’s films boring and took jibes at his style — they have now asked their “dadda” to have a bath as he is “dirty”.

Karan, an avid social media user, took to Instagram Stories, where he uploaded a video of his twins playing in his shower.

In the video, Karan is heard saying: “Excuse what are you all doing in my shower?”

To which, his son Yash replies: “You are very dirty.”

Roohi adds in by saying: “You are very dirty you have a bath.”

A stunned Karan then replies: “What? You’re telling me im very dirty I should have a bath?”

This is not the first time Karan has shared tit-bits from his personal life. The director keeps sharing about what his children are doing and how they are coping with the lockdown.

On the directorial front, Karan has the multistarrer “Takht” coming up. The historical drama stars Ranveer Singh and Vicky Kaushal as Dara Shukoh and Aurangzeb, along with Alia Bhatt, Janhvi Kapoor, Anil Kapoor and Kareena Kapoor.

Mumbai– Bollywood superstar Hrithik Roshan is a fitness icon for the youth, but it turns out his 70-year-old filmmaker dad Raksh Roshan is no less a health freak.

On Monday, Hrithik took to Instagram to share a video of Roshan senior sweating it out all by himself in the gym.

Lauding the septuagenarian filmmaker’s enthusiasm and commitment, Hrithik wrote: “Alone. But at it ! @rakesh_roshan9 #70running17 #whydidinotgethisgenetics #militaryman #fitnessmotivation #whenigrowupiwannabelikehim #daddycool. This seriously is more inspiring to me than anything else . My daily dose . Give him a shout guys.”

Meanwhile, Hrithik Roshan is providing 1.2 lakh nutritious cooked meals for the needy amid the ongoing COVID-19 lockdown. The Bollywood superstar is doing this in association with the NGO Akshaya Patra.

Anushka is ‘disturbed’ about COVID-19 stigma in society

Mumbai– Bollywood actress Anushka Sharma has voiced concern over the stigma around COVID-19, and has urged people to not discriminate against patients suffering from coronavirus.

Anushka took to social media and voiced her concerns, she wrote: “Deeply disturbed reading some reports about how coronavirus patients and even some medical professionals, who are in the frontline taking care of such patients, are being discriminately treated,” she said.

The actress wants all citizens to exercise sensitivity towards patients and medical professionals and called for India to stand shoulder to shoulder in times like this.

“At times like this, it is important that we care for each other and are extremely sensitive to the suffering of others. Let’s not treat fellow citizens with disrespect and stigma. It’s the time to stay united and stand united,” she said.

On the work front, Anushka and her husband, cricketer superstar Virat Kohli, have pledged to support the Prime Minister’s Relief Fund and Chief Minister’s (Maharashtra) Relief Fund in the ongoing battle against the coronavirus pandemic.

Mumbai– Actress Richa Chadha is utilising her lockdown time as she has taken to script writing. She says it all started with penning down a few thoughts and that just soon became an interesting idea.

“It all started with penning down a few thoughts and that just soon became an interesting idea. Soon enough, it started looking like a concept I would like to develop. It’s a comedy, my favourite genre. The premise is hilarious,” Richa said.

She added that she wants to write something and focus on why people should prioritise.

“The fact that all our lives have come to a screeching halt has made me contemplate the fragility of human existence. I want to write something that focuses on why people should prioritize what’s necessary. Too often we are all so busy chasing things, that we forget to spare a thought for ourselves and what really matters to us,” she said.

The lockdown has helped her explore her creative side.

Shilpa Shetty’s yoga tips to keep your muscles in form

In a video she has shared on Instagram, Shilpa performs Surya Namaskar. “Being indoors for days on end can lead to the body stiffening up. One of the best ways to give your body the much-needed flexibility and toning, is through a few rounds of Surya Namaskaras,” she wrote.

Elaborating on the asana, the actress added: “It’s a complete workout. To make it even more beneficial, I added a few variations. You can try it out too (if your body has no injuries and permits). It helps increase shoulder-&-core strength while improving back flexibility, stamina, and endurance. This one’s also a high calorie-burning variation, so performing about 8 to 16 repetitions every alternate day will also help reduce fat and increase metabolism too.”

She had this message for her fans: “Today, I’m grateful for the ability to share whatever knowledge I have with millions of people around the globe. Please do take care of your health and your families too. Stay indoors, stay safe.”

Mumbai– Actress Bhumi Pednekar has become the latest Bollywood celebrity who has taken to baking cakes to while away the COVID-19 lockdown hours.

Bhumi on Sunday took to Instagram, where she shared a photograph of herself baking a walnut and dates cake. The image shows the cake baking in the oven.

She later took to her Instagram stories, where she shared that she was asking “moong dal halwa” for her mother Sumitra Pednekar.

Bhumi posted that it took her a while to make and that a lot of efforts went into making the halwa.

She then thanked her mother being her “eternal teacher”.

She wrote: “Sumitra Pednekar thank you my eternal teacher of all things amazing. Also, you’re the real captain of this team I am still kachcha nimbu.”

New Delhi– Hrithik Roshan’s 2019 hit “Super 30” is lined for release in China once the COVID-19 pandemic blows over and normalcy returns.

Reliance Entertainment Group CEO Shibashish Sarkar said that they were in the midst of the censorship process before the lockdown in China, and are looking forward to taking the movie to the foreign market once they get a go-ahead signal.

Asked if “Super 30” will be the first Bollywood film to get a release in China after the health crisis — as being speculated widely by a section of the Indian media — Shibashish told IANS: “I don’t think that is the fact.”

Sarkar continued: “I assume that there will be many other films in the pipeline, maybe many Indian films in the pipeline as well, which I am not sure about. But I am pretty sure that our film was in the censorship process, and once the censor clears it, we will gear up to release our film in China. But whether it is our film which will be the first (to release in China) or some other film, I don’t have any idea.”

“Super 30” is based on the life of Anand Kumar, who runs the Super 30programme for IIT-JEE aspirants from poor families. Produced by Reliance Entertainment and Phantom Films, and directed by Vikas Bahl, the film also stars Mrunal Thakur, Amit Sadh and Nandish Sandhu in pivotal roles. 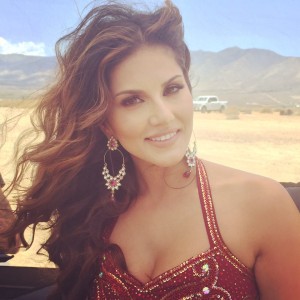 The Bollywood star took to Instagram to reveal her signature moves, which include these ‘desi’ steps.

On Monday afternoon, Sunny Leone revealed the list of her signature dance moves on Instagram. The actress shared a video where she can be seen performing each and every dance move as she verbally describes them.

“My signature Dance moves!! Can you do it?
Copy my moves and tag #LockedUpWithSunny and @sunnyleone so that I can see them!! Best moves will be shared on @lockedupwithsunny account!! #SunnyLeone,” the actress captioned.

Fans comments included the predictable “I love you” and “Love you Sunny” posts. Some fans also expressed their feelings with red heart and fire emojis. (IANS)