‘Back To Dad’ gives a message that every youngster should learn: Johnny Lever

Mumbai– Actor-comedian Johnny Lever says that film “Back To Dad” gives a message to the audience which every youngster should learn.

Johny Lever, who was present at the premiere of “Back to Dad” on Saturday night was asked to give his reaction on the film and he said: “The film has great script and dialogues. It keeps you hooked to the story.”

“I enjoyed the film quite a lot and the message it tries to convey is done in such a way that the audience will understand it right. The film talks about how a youngster should understand his father’s feelings at a young age to live a happy peaceful life,” he added.

Massom, who is making his debut as a lead actor with “Back to Dad” said: “I didn’t expect that my character would be appreciated so much. I am still nervous, about the release since this is my first film as a lead actor.”

It is directed by Prabhat Kumar and produced by Anup Gadal.

Did not call Deepika for the casting for ‘Beyond the Clouds’: Majidi 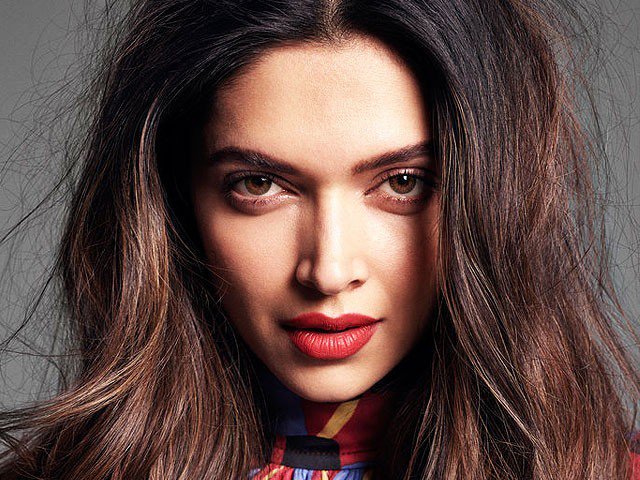 During the trailer launch of the film on mOnday, Majidi told media here: “We did not call Deepika for the casting of the film but putting her in a situation to the get the essence of the story… Unfortunately, we could not collaborate on the film. We would like to thank her and hope to collaborate in near future,” he said.

Asked if he was tempted to cast any Bollywood superstar in his first Indian film?

Majidi told media here: “I have worked with many professional actors in past but for this film, it was important to find a new face. I know in Indian film industry it is driven by more famous faces but I think there should be a relation between the character of the story and the person who is playing the character, I mean the actor.”

“In this film, they were the best choice. Having said that, in future, I will do that too,” he added.

On opting to make an Indian film, Majidi said: “I think I have learnt a lot about Indian culture through Indian films, especially the work of legendary director Satyajit Ray. So, it was my dream to make a film in his land India. As a filmmaker, his viewpoint, his style of storytelling is always very important for me. That was one of the main reason and motivation for me to make a film in India.”

Indian film ‘Garbage’ to have world premiere at 68th Berlinale

Mumbai– “Garbage”, directed by Qaushiq Mukherjee — known as Q — will be the only Indian movie at the Panorama section of the 68th Berlin International Film Festival next month.

Q said in a statement: “I see ‘Garbage’ as a strong metaphor for human existence. I am shocked at the level of violent patriarchy and general apathy around me.

“India has been changing and sucking itself into an abyss of misunderstanding and delusion, aided strongly by mainstream religious sentiments. There’s an imminent threat of the fragile social fabric imploding and affecting everyone. ‘Garbage’ is my way of trying to understand the tension.”

“Garbage” is produced by Shaailesh R Singh and Hansal Mehta of Karma Entertainment and Media LLP, and co-produced by Q.

“I really liked what Q narrated to us and with ‘Garbage’ being the only Indian film at Panorama at Berlinale, Hansal and I are proud of our association with the film. We hope it will be liked,” said Singh.

The story of “Garbage” revolves around Phanishwar, a taxi driver in Goa, who lives with a mysterious girl whom he keeps in chains.

The opening ceremony of the festival will be taking place on February 15.

Mumbai– Actor Parineeti Chopra, who last appeared in “Golmaal Again”, says that now she is signing amazing films and all this happened after the stupendous success of “Golmaal Again”.

Parineeti turned up in a Gen-Z yellow outfit on Sunday at the launch of the Grazia India magazine’s February issue.

“I really wanted to do a film to join 100 crore club but it went just double so I am very happy. The kind of films I am signing now are amazing. My brand endorsements and other things are even better,” she added.

The actress shed quite a lot of weight after her initial films and so when asked if directors and producers are changing their perspective towards her after the weight loss, she said, “I think yes, the perspective did change, but not necessarily in the typical way.”

“When you’re in a particular shape, people have very particular expectations from you in terms of role playing. But when you give them a shock like that, they saw me in a different way and this is the reason I got ‘Golmaal Again’ because the role required a lot of action in the film. I don’t think I would have gotten the role if I wasn’t fit.”

On Sunday, actor Swara Bhaskar called Bhansali out for the glorification of sati and jauhar in his film in an open letter concluding that the film reduces women to “talking about vaginas”.

Reacting to the letter on the sidelines of Radio Mirchi Awards on Sunday, Rohit said: “I’d like to request everyone that after so much troubles and struggles the film ‘Padmaavat’ has released, please let it run in peace.”

“It is our film, so if I say something or someone else says something, we would be trying to create more trouble for our film.

“Film has released and let the audience watch it, The film is doing phenomenal business after all the hassle and trouble the entire production has faced especially Sanjay Leela (Bhansali), Deepika Padukone, Ranveer Singh and TV 18, let their movie run in peace.”

“Now if we try and say something and create problem then what would be the point. Let the film breath now, for God’s sake,” he added.

Filmmaker Imtiaz Ali also spoke about the letter, which according to him is nothing more than “each to his own” kind of deal.

“I haven’t read the letter of Swara to Sanjay Leela Bhansali, but I know about it. See when delay happens in the film, it doesn’t feel right. There is nothing in ‘Padmaavat’ which requires any protest but each to his own,” he said.

“Padmaavat” was released after a gruelling battle against members of fringe groups who were protesting the depiction of Rajputs in the film.

Organised by the Yuvak Pratishthan Trust (YPT) and well-known Hindi film producer Anand Pandit, the initiative attempted to provide hearing aids to those who can’t afford them.

Over the past three months, he has been able to provide these kits to at least 1,000 hearing impaired persons of all ages.

On Sunday evening, the event was graced by Bachchan along with Pandit and Bharatiya Janata Party MP Kirit Somaiya, who runs the YPT.

Recalling one of his earlier accidents, Bachchan said: “Years ago, on a Diwali night, a bursting firecracker burnt my left hand. For months, I was unable to lead a normal life. I was unable to do the basic things in daily life like wearing clothes. Thankfully now, my hand is fine and I am leading a normal life, but those few months of my life made me understand how it feels if you do not have a part of your body. It is miserable.”

The superstar then expressed the wish to help physically challenged people. “I would like to congratulate Kirit and Anand for their work that made so much difference in some of the people’s life. I am ready to contribute in my own way, if anything you need, my presence, my effort, and feel free to ask.”

Pandit, who also produced Sarkar 3, said: “It is an honour to have Amitabh ji here to meet the people who are benefiting because of his inspiring personality. I have always believed in social causes but the inspiration behind that has been Mr Amitabh Bachchan, the legend. There are very few people like Amitabh ji who inspire you to do well. Also, I’d like to thank Mr Kirit Somaiya and his trust for their support and for facilitating the process of getting these kits to those who need them.”