Mumbai– Indian actress Huma Qureshi feels humbled and excited to join the cast of American filmmaker Zack Snyders “Army of the Dead”. She says she cant wait for the shooting to begin.

Huma’s role in the film is significant and entirely new territory for the actress.

The film follows a zombie outbreak in Las Vegas as a man assembles a group of mercenaries to pull off the greatest heist. Huma joins the team, which also has actors like Ella Purnell, Ana de la Reguera and Theo Rossi.

“Army of the Dead” marks Snyder’s return to the zombie genre, having previously made his directorial debut with “Dawn of the Dead”.

“I am so humbled and excited for the opportunity. Huge fan of Zack Snyder and can’t wait to begin shoot,” Huma said in a statement.

Mumbai– Actress Neetu Chandra, who has been chosen as the brand ambassador for Wellness Post Conclave and Expo 2019 in the US, says fitness is a way of life for her and that it is not a fad diet. 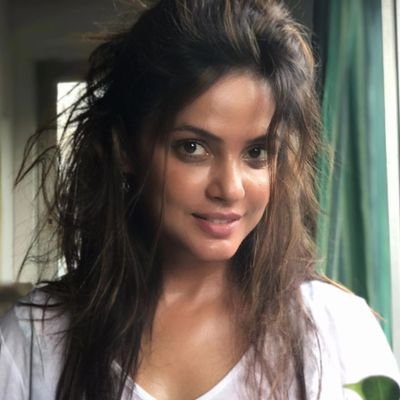 To commemorate her commitment to fitness, she has been appointed as brand ambassador for Wellness Post Conclave and Expo 2019 in Santa Clara. It will take place on June 8.

The event will have experts in the health space as speakers and advisors for those attending.

Chosen as a key speaker, Neetu will inspire audiences with the significance of fitness and how it has changed her over the years in her personal and professional life.

“Fitness for me is a way of life. It doesn’t mean a fad diet, rather everything in moderation. I’m thrilled to be the brand ambassador for Wellness Post Conclave and Expo 2019 and I hope to have a great conversation with the attendees,” Neetu said in a statement.

Mumbai– Actress Malaika Arora got trolled on social media after she shared a photograph of herself flaunting what many felt was armpit hair.

Malaika on Wednesday shared a ‘behind the scenes’ monochrome image of her from a photoshoot, on Instagram. A section of social media users criticised it.

The post, however, received over three million ‘likes’. Social media users commented that she should have waxed before the shoot, while some even found it disgusting.

One user wrote: “Atleast shave your armpits, that’s disgusting”, while another wrote: “I can see those dirty underarms.”

Some even supported her bold move.

One wrote: “Love the unedited underarms”, and another commented: “Being real is the new sexy.”

There was a user who pointed out the hypocrisy by writing: “So apparently men are allowed to have hair in the underarm area and if women have them, it’s disgusting and pathetic? Way to go hypocrisy!”

Mumbai– Superstar Shah Rukh Khan’s daughter Suhana Khan made quite a fashion statement in ethnic wear at a wedding.

Dressed in a pale green salwar kameez and with henna applied on her hands, Suhana’s graceful traditional look from her cousin’s wedding has grabbed attention on the social media as her photographs are doing the rounds on Internet.

In the viral images, Suhana is seen posing and sharing smiles with her cousins. With minimal make-up, a duppata on her shoulders and straight loose hair, Suhana has aced the ethnic look.

Mumbai– Actors Sonam K Ahuja and Varun Dhawan have praised Mumbai-based dance group V.Unbeatable, who got a standing ovation from the judges of the reality show “America’s Got Talent”.

Varun, who has performed with the group at the Wagah border, shared the dance routine which V.Unbeatable performed on the show, judged by Gabrielle Union, Howie Mandel, Julianne Hough and Simon Cowell.

“Got a chance to dance with this team at the Wagah border for ‘Street Dancer 3′. They are unbelievable,” tweeted Varun.

Sonam also shared the video and wrote: “This is beyond amazing. They’ve come such a long way and are loaded with talent!”

The group, which comprises of 28 members aged between 12-27, danced to the Bollywood number “Malhaari” from the Ranveer Singh and Deepika Padukone starrer “Bajirao Mastani”, during their audition round in “America’s Got Talent”.

Mumbai– Actor Rajesh Tailang, who has made his mark on the digital platform by being a part of successful web series including “Selection Day”, “Delhi Crime” and “Mirzapur”, feels that an actor can’t plan the way his or her career will shape up, but says choices determine its path.

Asked if he has been getting good offers after the success of “Delhi Crime” and “Selection Day”, Rajesh said: “Definitely… I am getting good roles than what I used to get in the past, but I think you can’t plan the journey of your career. I think your choices are one of the major factors in the field of acting.

“You try to plan it but you can’t predict which project will be appreciated by the audience and which will not. So, I try to do my work passionately and efficiently with a lot of honesty.”

Rajesh played a RAW agent in the film “Phantom” and in “Aiyaary”, he played a Brigadier of the Indian Army. In “Omerta”, Rajesh essayed an Army chief and in “Delhi Crime”, he was seen as a police official.

Does he feel typecast?

He said: “As an actor, you want to explore everything, but you have to choose from what kind of offers you get. And if you get similar kind of roles, then you try to give something new to that character from your side. That is what I have tried to do until now.

“If you see, the profession of these characters is the same, but these people are different from each other. I have tried to capture the human aspect of every character that I have played and not the profession.”

Asked if the entry of digital platforms in India has given actors and technicians easy access to work, Rajesh said: “I think to an extent it has happened but still there is a long way to go. I feel there are so many actors around me who haven’t got the kind of work that they deserve.”

The prayer meet was held at the ISCKON Temple here. Ajay, his mother Veena Devgan, wife Kajol and daughter Nysa were among the first to arrive.

Abhishek Bachchan, Vicky Kaushal, Karisma Kapoor, Raveena Tandon, Prem Chopra, Suresh Oberoi, Suniel Shetty and many more noted names from the industry were present to extend their support to the family in the moment of grief.

Kajol’s mother and veteran actor Tanuja was not able to attend the prayer meet as she underwent a surgery for diverticulitis at the Lilavati Hospital, where she will remain admitted for a week. Nysa was in tears, and her father consoled her.

Mumbai– Actor Rohan Mehra, known for shows like “Yeh Rishta Kya Kehlata Hai” and “Bigg Boss”, doesn’t want to restrict himself as far as roles and mediums are concerned, but he says his focus is more on quality rather than quantity.

The actor is set to make his first attempt at a horror-comedy film.

“I have opened doors to all types of roles that I can take on. I am currently not restricting myself to anything. Be it a character with grey shades or a funny one, I am willing to experiment,” Rohan said in a statement.

“I want my role to be impactful and the turning point in any story that I am part of,” he added.

Speaking about his choice of mediums, Rohan shared: “I am looking at quality and not quantity. So be it films, television or web shows, I am open to showcasing my work on any of these mediums.”

“Since it is a happy, fun and romantic film, we wanted the songs to be the talking point, before its release. Nowadays, music works only if the film does. My aim is to create songs that have their own identity, and also help the film,” Himesh said in a statement.

It is being reported that the movie will cater more to the younger audience, and Himesh is working on songs that appeal to the youth.

“We are working on five new songs; the kind that the youth can connect with as soon as they hear them. We aren’t recreating old tracks as the film gives us enough scope to present fresh music,” he added.

Santoshi is happy to have him aboard.

“Himesh has always produced chartbusters that appeal to the youth. He is one of the finest musicians in Bollywood and we are glad to associate with him for ‘BadBoy’,” said Santoshi.

Santoshi has already started shooting for “BadBoy” in Bengaluru.(IANS)