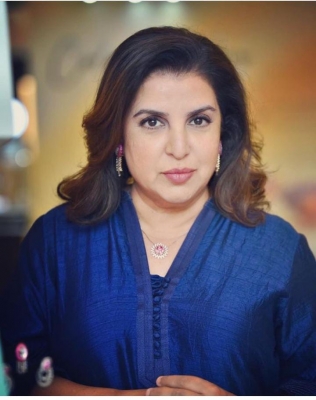 On the show, Farah will make the guest participants involved in rib-tickling pranks, dares, and games.

Farah thinks that superstar Shah Rukh Khan will nail all the challenges.

She said: “Shahrukh is very sporty and agile.”

She added: “He will undoubtedly ace all the Khatra Khatra games but apart from Shah Rukh Khan, if I had to choose it would be Akshay Kumar and Prabhudeva. They would probably do the stunts.”

‘Pathaan’ director on pressure of having SRK, Deepika, John in his film

Mumbai– Director Siddharth Anand agrees there is a sense of pressure as his upcoming directorial ‘Pathaan’ has big names such as Shah Rukh Khan, Deepika Padukone and John Abraham. 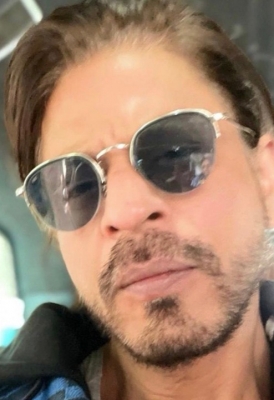 He says, “‘Pathaan’ has been designed to deliver the biggest action spectacle that audiences cannot even expect to see from the Hindi film industry. We are carefully and strategically building the entire campaign to engineer some of the biggest moments for fan hysteria around ‘Pathaan’.”

“So, the date announcement video plays to the gallery big time. We knew that the fans were really thirsty for us to announce the film, given we had kept a lid on it for way too long.”

Siddharth explains what was kept in mind while crafting the announcement video.

He says, “We have the most loved superstar of our generation, Shah Rukh Khan, with us. It is an honour and a responsibility for all of us. So, we really can’t misstep at any point and we ensured that this video was bang for the buck for everyone who was eagerly waiting for SRK to announce ‘Pathaan’!”

“Add to that, we have the biggest female superstar of our country, Deepika Padukone in the film. This makes Pathan even more exciting as SRK and DP have delivered historic blockbusters.”

He adds, “On top of that we have John Abraham, who is undisputed in action and commands a huge and a loyal fan base that waits for him to take things several notches higher with every film that he does. So, there is pressure for us to deliver a cracking product and I love that there is this pressure and anticipation. It pushes me to deliver my best work and I’m hoping to do that again with Pathan.”

He further says, “I was delighted to see how the fans cheered for their favourite superstars in the loudest possible way. We wanted to generate conversation and fan frenzy with this unit and I’m glad we have achieved this at the start of the campaign.”

Chennai– Actress Priya Bhavani Shankar, who is one of the fastest rising stars of the Tamil film industry, is on cloud nine for she is now working with another actress for whom she has loads of love and admiration. 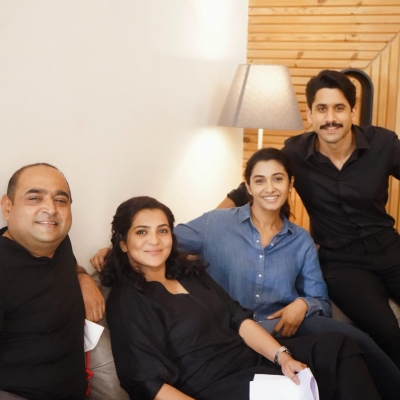 Yes, Priya, who has now begun working on director Vikram K Kumar’s web series titled ‘Dootha’, is getting to work with Malayalam actress Parvathy and the actress seems to be delighted about it.

Taking to Instagram, Priya posted pictures of herself with actors Parvathy Thiruvothu, Naga Chaitanya and director Vikram K Kumar and said, “Fan girl moment with Parvathy. Lots of love, admiration and respect for this lady! Grinning like a stupid sheep and my excitement level is literally getting on to Chay and Vikram sir.”

The web series, which features Naga Chaitanya in a negative role, will belong to the horror genre and will premiere on Amazon Prime Video.

Apart from ‘Dootha’, Priya has a number of films in various stages of production including Simbu’s ‘Pathu Thala’ and Dhanush’s ‘Thiruchitrambalam’.

Chennai– Actor Arya’s lovely post, wishing and greeting his wife, actress Sayyesha, on their third wedding anniversary on Thursday is fast winning hearts on the Internet. 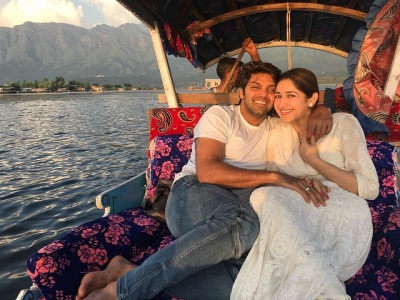 Taking to Instagram, Arya wrote, “Happy third anniversary to the best partner I can wish for in this world. Thank you so much for caring, motivating, supporting and loving me the most ( actually 2nd most now) Love you!”

She said, “Happy anniversary to the man I love, cherish, respect and adore forever! Thank you for being mine…the best husband and daddy on the planet! Holding on to you till eternity!”

Several people including actors like Raashi Khanna, Khushbu Sundar and Sibi Sathyaraj were among those who greeted the actors on the occasion of their third wedding anniversary.

Both Arya and Sayyessha, who worked together on a Tamil film called ‘Ghajinikanth’, two fell in love with each other while shooting for the film.

They eventually got married with the blessings of both their families. The couple were blessed with a baby girl in July last year. (IANS)