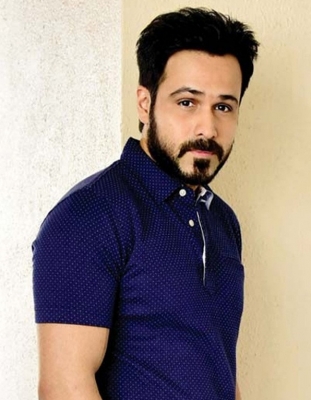 Mumbai– Bollywood actor Emraam Hashmi, who is known for starring in chartbuster film and non-film music, shared that he has always been fond of music videos.

Recently, his new video album ‘Ishq Nahi Karte,’ where he co-stars with Sahher Bambba, clocked over 100 million views on Youtube and the actor is extremely elated with the response to the video by the music lovers.

Talking about the same, he said, “I’ve always had a special fondness for music videos, it’s always paid off with immense love from the audience.”

During the 1990s and early 2000s, non-film music or indie pop swayed the audience with their soothing melodies and visually appealing visuals. However, this trend died down as the 2000s decade unfolded giving way to only film music. But, with the rise of the Internet, non-film music is again making in-roads.

Reacting to the album’s success, Emraan said, “It’s incredible to see how well the song has been received. This gives me the courage and confidence to keep exciting my fans and music lovers. It’s wonderful to hit 100 million in such a short period.”

The song, produced by Raj Jaiswal under the music label DRJ Records, has been composed by Jaani and B Praak, who double up as lyricists as well. The storyline is designed by Sunny Khanna.

Rakul Preet on playing a pilot: A sense of dignity seeps in when you step into a uniform

Mumbai– Actress Rakul Preet Singh, who is gearing up for the release of her upcoming film ‘Runway 34’, shared her experience on playing a pilot for the first time. She said when stepping into a uniform there is a certain sense of dignity that automatically steps in. 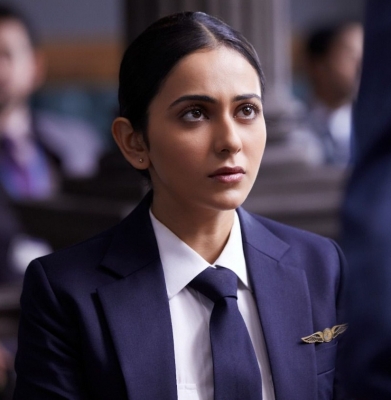 Speaking of her role in the film, she says: “It is one of the best scripts I heard in a long time and I jumped to bag this role.”

She went through proper training and was always under the guidance of a real pilot to get into the mindset of the character and also showcase proper skills. Learning new things for her film is one of her favourite parts of the job.

Talking about her prep for her character, Rakul Preet shares: “My experience playing a pilot was amazing because I love my job for the reason that you get to play different roles and learn so many different things. How else would I have known how a cockpit looks?

“We had cockpit training for about 2-3 days, where there was a captain on the set who told us how the entire panel works because we shot in a real simulator, also during the entire shoot, the captain was there just to make sure that we use the right button, and use right terminology while flying a plane so it looks authentic.

“And when you step into a uniform there is a certain sense of dignity that automatically steps in the way you walk, the way you talk, the way your language is, the way you react is very different from what a girl next door would. This is all that went into preparing for this role.”

Produced and directed by Ajay Devgn, ‘Runway 34’ releases on April 29.

Ayushmann Khurrana-starrer ‘An Action Hero’ to release on December 2 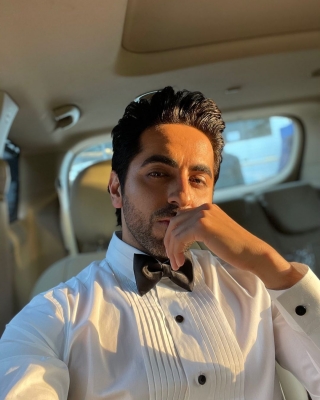 Speaking about the release, director Anirudh Iyer said: “Bringing alive our vision for An Action Hero with Ayushmann and Jaideep has been a blast. Both are brilliant performers and our schedules so far have been quite productive. I am happy with the outcome so far and we can’t wait to show you what we have in store!”

Producer Aanand L Rai said that he is happy to have two of his “favourite actors Ayushman and Jaideep in this thrilling journey of An Action Hero”.

The film went on floors in January 2022 with its London schedule. Recently, Jaideep has wrapped up shoot for the film.

Speaking about the film’s release date announcement, producer Bhushan Kumar said, “The entire ‘An Action Hero’ team has put in a lot of hard work into making this happen.”

Mumbai– Bollywood actor Sikandar Kher, who is working with Jackie Shroff in ‘Chidiya Udd’, has showered praise on the veteran star, calling him one of most benevolent human beings. 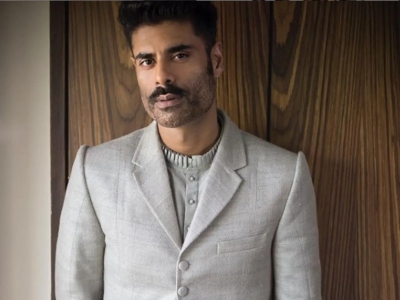 Elaborating on the same, Sikandar says, “There are some people who impact one’s life very deeply and emotionally and Jaggu Dada is one such person for me. Having known him since my childhood, I have always had a very special bond with him. He is one of the kindest, most honest and benevolent human beings that I have ever met in my life. It’s inspiring to see how he is and how he treats everyone around him.”

Lauding Jackie’s humility, Sikandar said, “He talks with everyone with utmost respect and I think that is the reason why everyone loves working with him. As an actor as well, I have always been a huge fan of his work and for me, even today, sharing screen space with Jaggu Dada and doing a scene with him is a wonderful feeling! Having him around on the sets of ‘Chidiya Udd’ was a great learning opportunity for me and the entire team.”

Sikandar was last seen in the second season of ‘Aarya’ on Disney+ Hotstar, which starred former Miss Universe and actress Sushmita Sen in the lead role.

Hyderabad– Sandeep Reddy Vanga, who made waves with his first film ‘Arjun Reddy,’ is gearing up to launch his next big project with Bollywood hero Ranbir Kapoor. 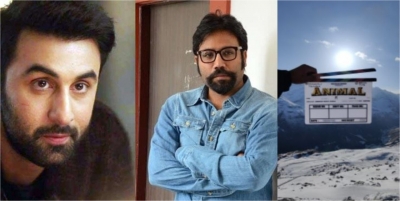 The makers of this highly anticipated film, titled ‘Animal’ announced the formal launch of the movie, earlier on Friday.

‘Animal’, billed as an action-comedy, was released on Friday with a pooja ceremony. The shoot of the film began in the Himalayas as well.

As the title of the movie depicts the protagonist’s tough personality, Sandeep Reddy prepared a first-of-its-kind and potential subject, well aware of the high expectations. He will be presenting Ranbir Kapoor in an entirely new role. In fact, Ranbir had a makeover for the film.

‘Animal’ is a pan-India project that will be released in all southern languages as well as Hindi.

The unusual pairing of Ranbir Kapoor and Sandeep Reddy Vanga has already generated a lot of interest in the project, which features some notable actors in key roles.

Top technicians will handle various aspects of the film, which will be released in theatres on August 11, 2023.

Bhushan Kumar and Pranav Reddy Vanga will produce the film on behalf of T-Series and Bhadrakali Pictures. (IANS)