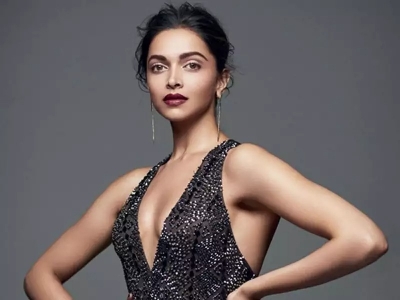 Mumbai– Actress Deepika Padukone, who recently made headlines as the only Indian on the 75th Cannes Film Festival jury, left Mumbai on Monday night heading towards the French Riviera.

Deepika, who represents India at the prestigious film gathering, has a busy two weeks ahead from May 16 to 28. She will be there throughout the festival.

Deepika, who was chosen to be part of the exclusive and very illustrious jury for the 75th Festival De Cannes, is part of an eight-member jury presided by French actor Vincent Lindon. 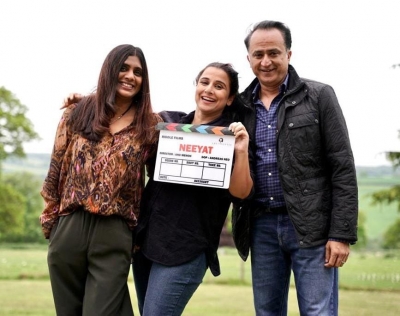 ‘Neeyat’ is directed by Anu Menon, who has also co-written the story with Advaita Kala and Girvani Dhyani. The screenplay is by Menon, Priya Venkataraman, Kala and Dhyani, and the dialogues by Kausar Munir.

Mumbai– Actress Khushboo Khan, who last featured in the music video, “Meri Bandi” is looking forward to exploring acting in the fiction genre. 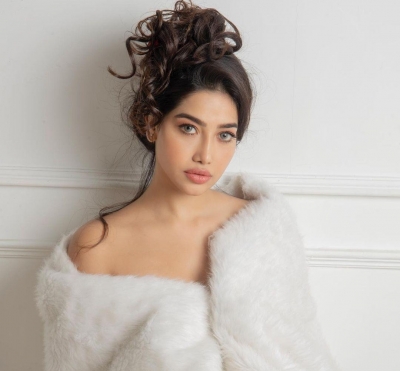 She says: “After the great success of my last song. My audience are appreciating me on social media platforms and that is encouraging me to explore acting ahead. I’m looking forward to acting in Bollywood movies or web series if I find any good opportunities. Meanwhile I’m also acting in music videos.”

Khushboo further reveals how her fan following on social media helped her to start acting.

She adds: “Like any other girl, I’m very much passionate about getting myself clicked. And I feel the love I get from my social media family is so much positive and encouraging. They support me to take acting challenges and reach the successful place I’m at today. I just wish to keep my audience entertained.”

Mumbai– Actress and former Miss World Manushi Chhillar, who is gearing up for her debut film ‘Prithviraj’, has called her role of Princess Sanyogita a ‘dream-come-true debut’ as she got to work with a superstar like Akshay Kumar and a director like Chandraprakash Dwivedim who worked on the script for 18 years. 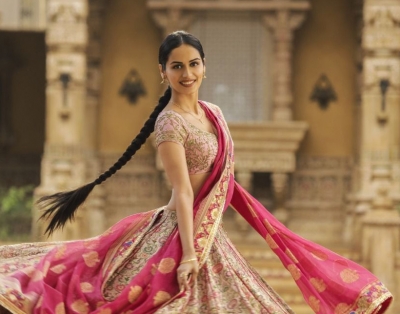 Thrilled with the response to the recently launched trailer of the film, the debutante said, “It is amazing that people are appreciating my performance from what they have seen and experienced in the ‘Prithviraj’ trailer. This is a dream come true of a debut for me and I’m hugely grateful that I’m getting to bring Princess Sanyogita’s life come alive on the big screen.”

“A debut like this, opposite one of the biggest superstars of the country like Akshay Kumar, is a lot of responsibility and I think I have given my everything to ensure that I play this role with utmost sincerity and dedication. So, the reaction of the audience that I’m getting today is humbling”, she added.

‘Prithviraj’ is based on the book ‘Prithviraj Raso’, which documents the life and valour of the fearless Rajput king Prithviraj Chauhan. Akshay is essaying the role of the legendary warrior who fought valiantly to protect India from the merciless invader Muhammad of Ghor.

Manushi further said, “My phone is buzzing with positivity from people on social media and my forever supportive fans. It’s a hugely happy moment of my career and I’m cherishing this thoroughly.”

‘Balika Vadhu’ star Avika Gor: I never believed I was part of a race

Mumbai– Actress Avika Gor, who started her career with the show ‘Balika Vadhu’, has been part of numerous shows and is also producing Telugu content now, besides being part of a Kazakh film. 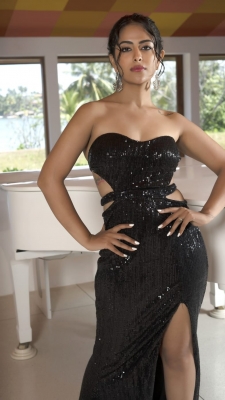 She says that she has been doing this at her pace and has never pitted her career growth against someone else’s.

“I’ve never believed that I was a part of any race. I just kept doing what I thought I should be doing and that is that. So, I really think that I did not want to fall in that category of running in a race. I always found my own path, built my own career and I was very happy with what I was doing,” she says.

The actress adds that while many people view OTT and other content platforms as something that provide opportunity but also increase competition, she tends to focus on the former. “I understand that people go through a lot of rejection and even unemployment in this industry.”

“But I also believe that because of films, TV and OTT, today, there are more options as well. I understand there is competition, but that’s everywhere. I understand that people want to run that race. And I think that’s okay. I mean if they want to do it and if they think they are capable of it, then they should,” she says.

“So, I definitely look at this as a positive sign and not see it as something that is making people suffer. I really believe that there is a lot that you can do for yourself if you really want to. And if I talk about my example,” she concludes.

Disha Patani thanks Prabhas for spoiling her with homemade delicacies! 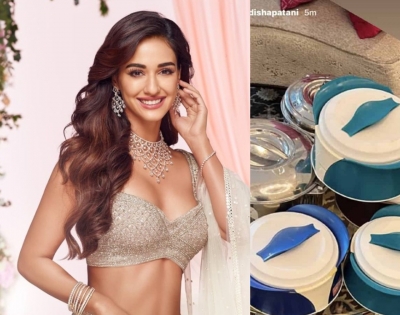 Prabhas was mentioned in Disha’s Instagram status. The actress shared a photo of a slew of lunch boxes, which were obviously sent by Prabhas.

Disha captioned the photo, saying, “Thank you Prabhas for spoiling us”. Prabhas’ super delicious food appears to be disrupting the ‘Loafer’ actress’ diet.

Prabhas bringing delicious and a lot of homemade food to the film crew he is working with is not new to his co-workers. It was previously Amitabh Bachchan and Deepika Padukone’s turn, and now it is Disha’s turn.

Pooja Hegde, who earlier worked with Prabhas for ‘Radhe Shyam’ had mentioned that Prabhas used to send homemade food to most of the crew members even during the peak of the pandemic.

Nag Ashwin directs the science fiction film ‘Project-K’, which is produced by Vyjayanthi Movies. Disha was greeted warmly by the team the other day when they sent her a box of goodies and roses.

Disha’s role in the movie appears to be a significant one, despite the fact that the makers have kept the details under wraps. (IANS)