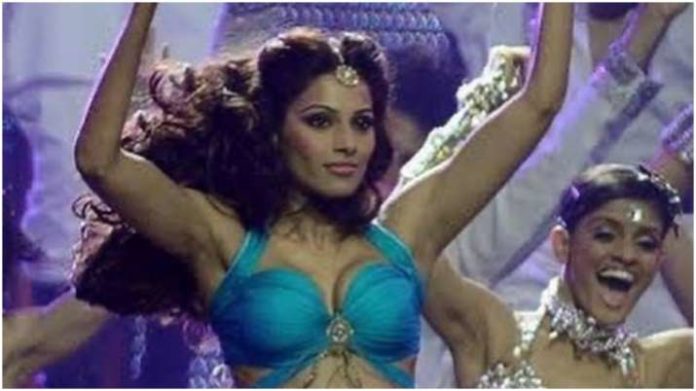 Bipasha Basu: Using this time to better myself mentally, spiritually

Mumbai– Amid the ongoing Covid lockdown, actress Bipasha Basu has been using time to reconnect with herself, and attain better mental and spiritual health.

Sharing a sneak peek into her work routine, Bipasha expressed her thoughts on Instagram.

“This time, so referred to as lockdown, has been a time for reconnection for me. Reconnecting with my true self, reconnecting with every part of my home, reconnecting with the gift of life. Grateful for each day of my life… Using this time to better myself not just physically but mentally and spiritually too. Each day is a learning experience,” she wrote, using the hashtags: #loveyourself, #loveall, #lovelife, #gratitude and #reconnecting.

The actress also posted a video in which she can be seen working out in her living room without equipment. She does a combination of lunges, stretches and core-strengthening exercises.

For her workout session, Bipasha wore a pink tank top and a pair of black tights. She completed her look with her hair in a bun.

The actress was recently seen in the web series “Dangerous” along with husband Karan Singh Grover.

Lara Dutta and Huma Qureshi get goofy on ‘BellBottom’ set

Mumbai– Actresses Lara Dutta Bhupathi and Huma Qureshi are currently shooting for the Akshay Kumar-starrer BellBottom in Scotland. They shared a glimpse of all the fun from the set on Monday.

Lara posted a video on Instagram that also features Huma. Shot on the film’s set, the video captures the two actresses acting goofy as they enjoy the sunshine.

“It’s a Humzamania!!!! Give 2 girls some Scottish sunshine and we’ll give you some crazy!!!” wrote while sharing the selfie video, which she tagged #wholetthegirlsout.

“BellBottom” also stars Vaani Kapoor. Covid safety protocols are being observed as the cast and crew shoot an important outdoor schedule in Scotland.

Along with medical-grade masks and face shields, the production house has made it mandatory for all cast and crew to wear a wrist watch that will constantly monitor their oxygen levels, body temperature, blood pressure, stress level and pulse.

Mumbai– On Monday, Sunny Leone gave a glimpse to fans of how she loves to laze around on weekend afternoons.

In her latest Instagram picture post, lies in bed wearing a striped two-piece bikini, looking into the camera.

“Sunday afternoon hanging around and doing nothing,” she captioned the image.

Sunny had earlier posted a picture dressed in a nauvari saree standing with her hands folded in front of a Ganpati idol, to usher the spirit of Ganesh Chaturthi.

“Wishing everyone a beautiful, colourful and cheerful #ganeshchaturthi to everyone!!” she had written.

Currently, Sunny is in the US along with her family. She flew back to the country in May amid the Covid-19 outbreak.

Mumbai– Actresses Katrina Kaif and Anushka Sharma have been bonding over the good old times.

On Monday, Katrina went down memory lane and shared an old picture of her with Anushka, in a happy mood.

Reacting to the post, Anushka reasoned why they were happy while the photo was clicked.

“It’s because we were fully present and happy in this moment. Shine your brightest always dearest Katrina,” Anushka commented.

The two have worked together in the films “Jab Tak Hai Jaan” and “Zero”, with Shah Rukh Khan.

Ranveer Singh blames the ‘gram’ for his new stylish post

Mumbai– Actor Ranveer Singh has posted a photo collage, and he blames Instagram for making him do it.

Ranveer’s collage on Instagram has four close-up images of the actor. In each of the pictures in the frame, he wears long hair.

The actor has lately been into posting stylish pictures, more than ever before. His last post on the photo-sharing website exuded vintage style in a classic black suit accessorised by a crisp white shirt, neatly groomed beard, and gelled hair.

Ranveer is awaiting the release of his much-hyped next, Kabir Khan’s “83”, which narrates the story of India’s first-ever cricket World Cup victory in 1983. In the film, he essays the role of Kapil Dev, who captained an underdog team to World Cup glory.

His other upcoming film is “Jayeshbhai Jordaar”. Directed by debutant writer-director Divyang Thakkar, the film is a humourous entertainer that has Ranveer playing a Gujarati.

In her new Instagram picture, Sara hits the pool in hot pink bikini. She has no make-up but bright blue kohl.

“Monday Blues, Blue Hues, Kaajal or Cactus couldn’t choose, So posing with both while my coffee brews,” Sara captioned the image, habitually as she does from time to time with a dash of rhyme.

Recently, Sara had posted two pictures in a neon bikini, sitting in the pool on a unicorn float.

In the professional front, Sara will be seen opposite Varun Dhawan in the remake of the 1995 hit film “Coolie No. 1”. The new version is directed by David Dhawan, who also helmed the original film of the same name, starring Govinda and Karisma Kapoor.

The actress also stars with Akshay Kumar and Dhanush in “Atrangi Re”. Shooting for the film is set to commence in October.

Los Angeles– Actress Priyanka Chopra is missing her father, Ashok Chopra, on his 70th birth anniversary, and described him as her forever cheerleader

The actress took to Twitter and Instagram to remember her father by sharing an old video of him accepting an award on her behalf.

“My forever cheerleader. You would have been 70 today. Miss you dad,” she wrote along with the clip.

In the video, Priyanka’s father is seen accepting an award on her behalf, as she was running late to the ceremony. Expressing pride at her achievements, he said: “I dedicate this award to those artists who come from small towns. They believe in God and they believe in themselves, and by their mere grit, determination and talent, they make their mark. God bless you, Priyanka.”

Priyanka, who lost her father in 2013 to cancer, incidentally has a tattoo on her forearm that reads, “Daddy’s lil girl”.

In June, Priyanka shared a note in memory of her father, on his seventh death anniversary. The actress took to Instagram to pen her thoughts and share a monochrome photograph of her father, Ashok Chopra, from his youth. “We’re connected by heartstrings to infinitya Miss you dad, every single day,” she wrote. (IANS)